Man dies after being shot at hotel on Indy's northwest side

The shooting happened at the Quality Inn & Suites off Interstate 65 on Lafayette Road. 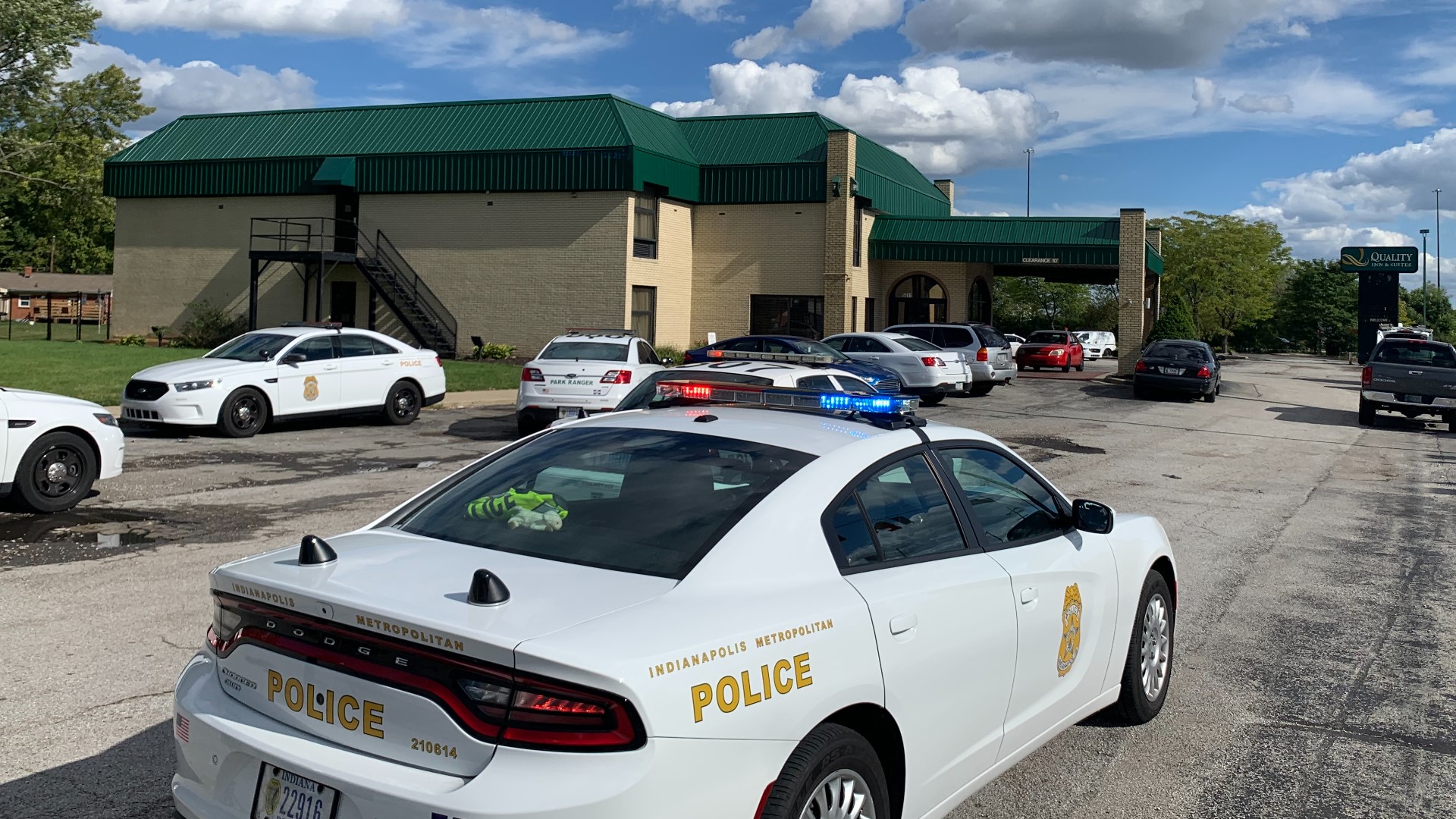 INDIANAPOLIS — A man died after being shot in a hotel room on the northwest side of Indianapolis Saturday.

The Indianapolis Metropolitan Police Department said officers were called to a report of a person shot at the Quality Inn & Suites, which is right off Interstate 65 on Lafayette Road.

When officers arrived around 1:45 p.m., they found a man inside a hotel room who had been shot. The man was initially reported by police as "awake and breathing." Medics transported him to a local hospital where he later died.