Mina Starsiak Hawk of HGTV's "Good Bones" is fighting back against package thieves. 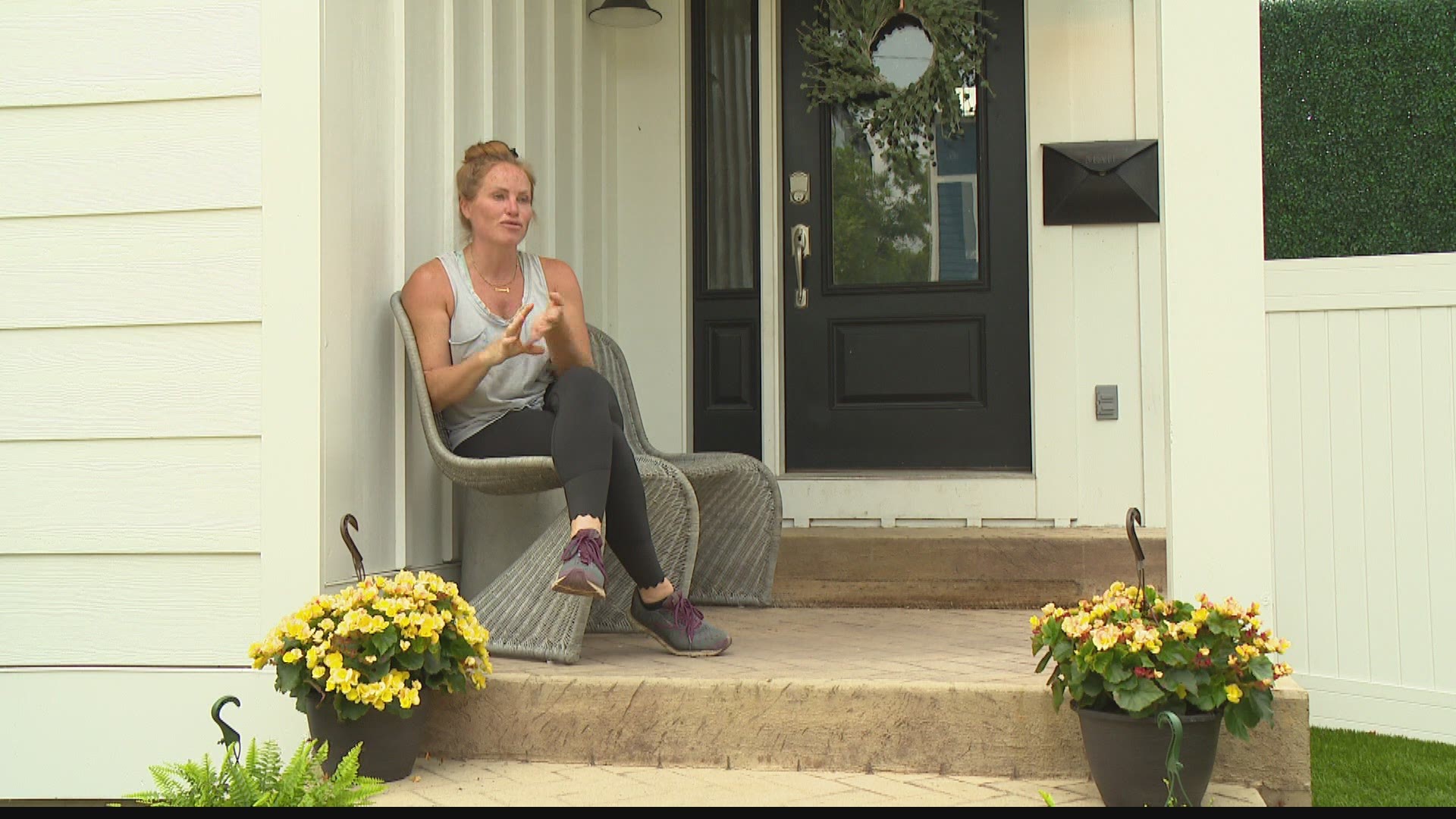 INDIANAPOLIS — Some crooks targeting homes in Fountain Square may have picked the wrong porch recently.

After a series of porch thefts at the home of local HGTV star Mina Starsiak Hawk, she decided to pull a little prank on thieves with a creative response to the crime.

Hawk tackles problems head-on while rehabbing homes on HGTV's "Good Bones" and through Two Chicks & a Hammer with her mom.

So when her own home in Indianapolis got hit by thieves, with crooks captured on surveillance camera, she got creative with a clever little trap.

"We get packages all the time, but in the last two weeks, we've had four stolen," Hawk said. "Sometimes it's been baby pacifiers, not going to be super exciting when they get it. But it's frustrating nonetheless because it feels invasive. I do have a camera that's readily visible and caught them doing it every time, because we see the gate open. And we're just kind of sick of it. So that's typically my answer, just, you know, let's find the humor in it and if they're gonna mess with us, we're gonna mess with them."

Hawk turned the tables on the porch pirates by putting out boxes with a surprise inside.

"I bought a couple pranks on Amazon and I got a box that like a spider jumps out of and I also got the mega-size glitter bomb which has not come yet," Hawk said. "So if whoever's taking our packages sees this, just forewarning that's what's gonna happen."

And as she documented on Instagram, at least one thief took the bait last week.

"As soon as we wrapped up the package and put it on the porch that night, it got taken," she said. "Unfortunately you can't see the reaction, but hopefully got the message, I don't know."

She's pretty sure the contents did work as intended. After all, she practiced the prank on her son.

In the video she shared, he got a good scare when that spider popped out of the box.

Hawk has since gotten a lot of suggestions on what to put on the porch next.

"After I posted that video on social, you don't know how many hundreds of messages that said, 'you dig those poopy diapers out of the poop pail.' 'You take your dog's poop and put that all in a box.' I'm like you guys don't know we already tried that," she said, laughing. "We did try to put poo in a box once but it rained, and so that uh, did not shake out, so we abandoned ship on that."

Granted, she admits an $8 plastic spider won't get her stolen items back or lead to an arrest. She did file a police report after the first theft but she hopes the prank will make thieves think twice before hitting her home again.

A sporadic surprise just might be the next package on her porch.