Police say Luis Posso, 32, and Dayan Median Flores, 25, were in the area to promote a circus that travels around the country. 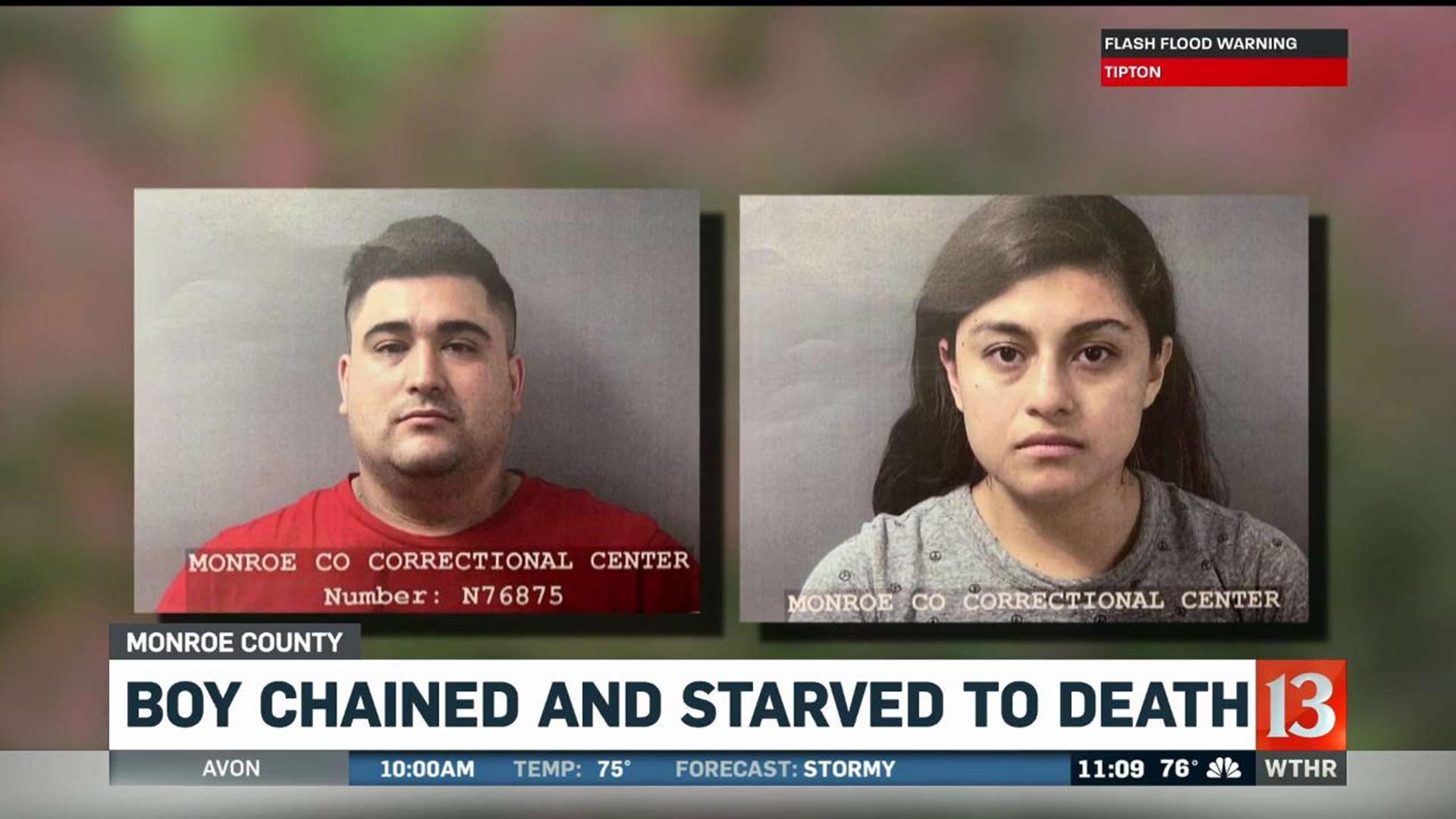 Investigators say once the coroner establishes an official cause and manner of death, murder charges will likely follow.

They say this is the the most extreme child abuse they've ever encountered. It's been emotionally draining for every single person who's worked this heart-wrenching case.

"Extremely. I'm a mom. This doesn't happen. And it did," said Monroe County Coroner Joni Shields, holding back tears.

The Monroe County Sheriff's Department was called to Bloomington Hospital early Friday morning to investigate after the death of 12-year-old Eduardo Posso.

Posso and his family had been in Monroe County for less than a week. After getting a search warrant for their room at the Economy Inn, detectives say they discovered restraints used on the young boy.

And it sickened them.

"I cannot think of, in 30 years, a case like this," said Monroe County Sheriff Brad Swain. "It's beyond anything I've worked."

He said Eduardo Posso died a slow, painful death. Investigators say he was systematically starved and abused, likely for months, by his own father and stepmother.

The coroner discovered bruises all over his skeletal frame.

Detectives say Luis Posso and Dayana Marina Flores, originally from Florida, are contract employees for a traveling circus, passing out flyers for shows in cities across the country.

They came to the Economy Inn last Monday to advertise for a circus in Bloomington that opens next month.

But while they worked with three other children, ages 9, 5 and 2 in tow, investigators say they left Eduardo chained to the bathtub in the hotel room, without food.

Evidence, detectives say, includes cell phone pictures and videos, even a selfie Posso took with his son in shackles.

They say a web security cam was also tied to the towel bar and kept watch as the boy's health got worse and worse. Meanwhile, his younger stepbrothers and sister were perfectly healthy.

Investigators say Posso and Flores said they physically abused Eduardo because he "acted up more than the other kids."

"Can you realize the horror that they lived in where a sibling is placed in shackles and not fed as well as them? That this was just a normal life for them," Swain said.

The couple denied starving Eduardo, but the coroner said he was severely malnourished, with zero-percent body fat at his time of death.

Eduardo stopped breathing in that motel room Friday. When his father took him to Bloomington Hospital, he died within ten minutes.

"There are no words," Allen said, tearing up. "Everybody involved with this case has been very deeply affected and will be affected until the end of our career, let alone the end of our lives. I mean, there's really no words for this type of abuse."

Investigators say Posso has a history with DCS in Florida. He had custody of Eduardo.

Investigators say Eduardo's biological mother hadn't seen her son in awhile since Posso is transient for his job as a circus promoter. She and her side of the family, Swain said, drove up from Florida and are beside themselves with grief right now.

Meanwhile, Posso and Flores are each being held on $500,000 bond in the Monroe County Jail. They have an initial court hearing at 1:30 p.m. on Friday.

They also could face more charges, as police investigate where the family has traveled throughout Indiana and the country.