The stage at the HI-FI has sat empty and silent for eight weeks. 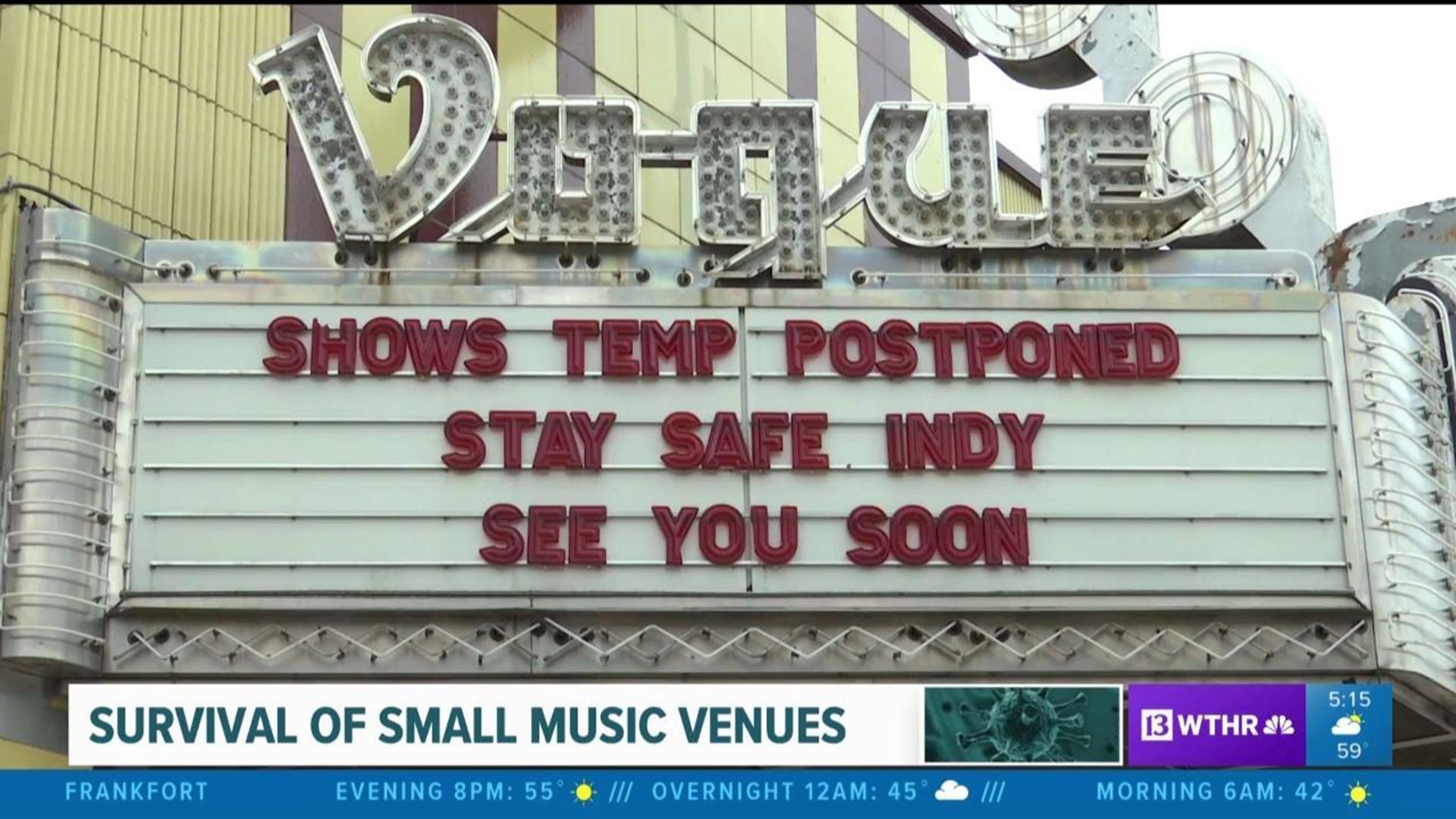 INDIANAPOLIS (WTHR) - In Fountain Square, the message on the sign at the HI-FI reads “Shows Temporarily Postponed: Save Our Stages”.

But several letters are slipping down, like so many struggling small live music venues closed by coronavirus.

HI-FI owner Josh Baker sat on the stage of the nightclub this week for an interview with 13News.

"I walk into this room with the lights off probably two or three times a week,” said Baker. “It might seem silly, but I come say ‘hi’ to the stage because you can just feel it. It wants to go."

Baker also promotes concerts at other venues. He has canceled 30 shows and postponed another 100. He estimates losing $400,000 in revenue during the mandated shutdown. He said the federal paycheck protection program and a bridge loan from the Indy Chamber have helped his struggling business.

The stage at the HI-FI has sat empty and silent for eight weeks. There won't be an act on stage for at least another six weeks. Bars and nightclubs can reopen June 14 under stage four of Governor Eric Holcomb’s Back on Track plan, but crowds will be limited to 250 people or 50 percent capacity while still practicing social distancing.

The challenge is providing a safe atmosphere for employees, customers and artists while still attracting big enough crowds to make money. Most music acts are paid a portion of gross ticket sales.

The last show at The Vogue in Broad Ripple was March 12. About 50 shows will be lost along with hundreds of thousands of dollars before the next concert at the venue that opened more than 80 years ago.

"Any venue that comes out of this is going to be extremely lucky,” said Jason King, entertainment manager for The Vogue. “I think that the only way that we're going to come out of this in any way, shape, or form is for customers to come back strong and support us."

"The first hurdle is safely getting open,” said King. “Then, the second hurdle is, how do we restart that marketing effort and let people know not only that the shows are coming, but that it's safe to come back out. I think that's going to take time."

"It's really going to be up to the resilience of the fans as to if they're going to come back and be willing to be a part of this,” said Baker. “It's a risk for them, and it's our job to make sure that we minimize that risk."

For many, music is best enjoyed when performed live in front of an audience. But the small venues that provide that entertainment are hurting in the midst of a three-month shutdown in Indiana. The future of small music venues remains an open question on an open stage.