Despite the challenges created by a global pandemic, Steve Herring is optimistic about the future. 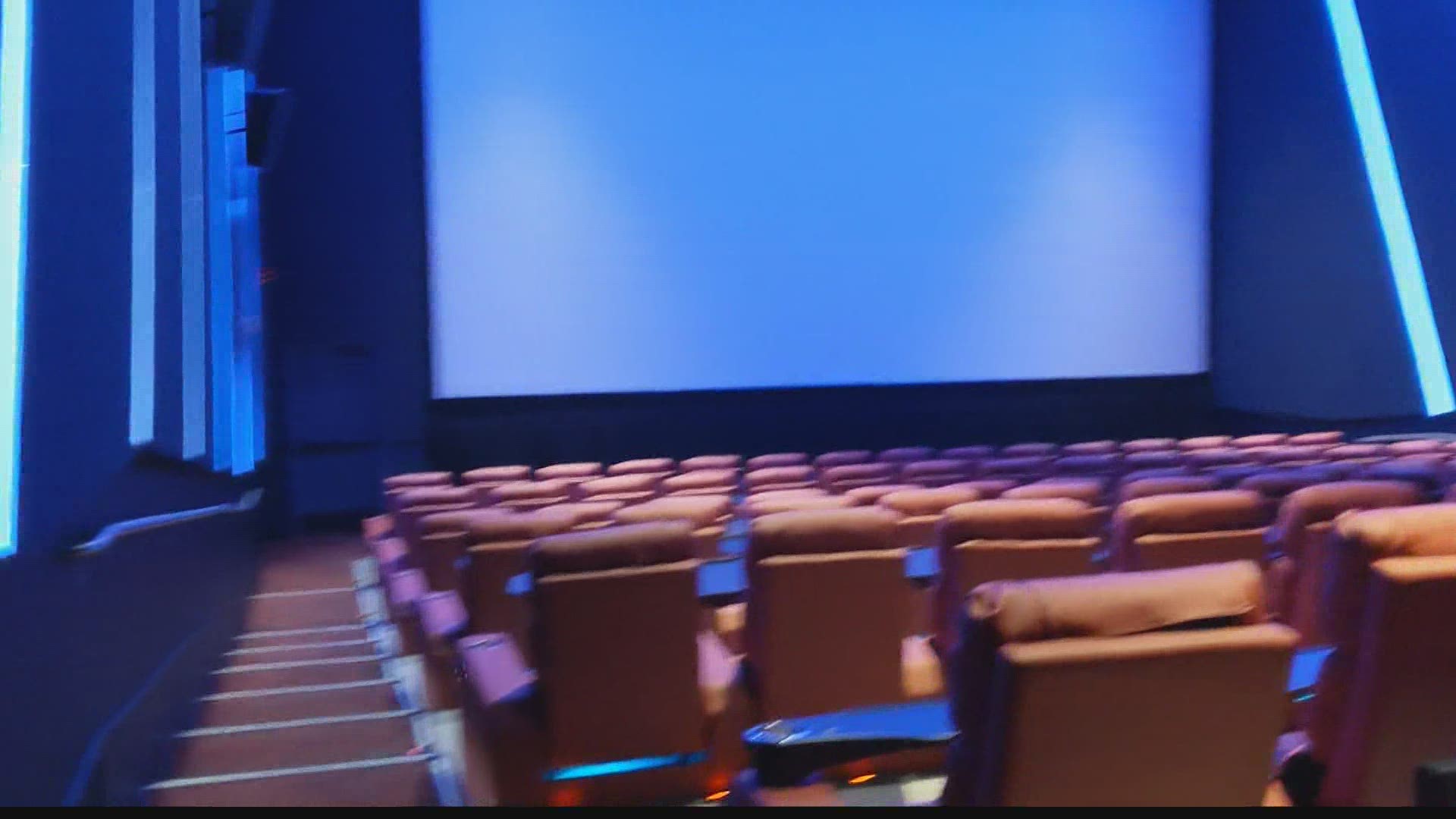 INDIANAPOLIS — "If someone had said 'You're going to open with those numbers and be excited about it,' that would have never crossed my mind 12 months ago," Steve Herring said.

But opening a new business — a movie theater at that — on Christmas Day amid a global pandemic, is just where Herring found himself.

"It's scary, as a movie theater operator, but there's a lot of other restauranteurs and other vendors who are going to be taking a chance with 'The Garage,' which is opening in just a week-and-a-half," Herring said.

The Garage is a food hall set to open next week as part of the new Bottleworks District on College Avenue.

The Bottleworks Hotel already opened as part of the destination earlier this month.

"You always hear the story of businesses really dislike uncertainty, but you sort of had to function in this entire thing of like, complete uncertainty," Herring said, referring to the past nine months.

The concept of people watching movies in a smaller, living-room style theater while enjoying a meal isn't new. There are two similar theaters in Portland, Oregon and Boca Raton, Florida.

"We've got the most invested here," Herring said of the Indianapolis location.

What is new is getting off the ground during a global health crisis, at a time when major movie chains are struggling and more people are streaming shows at home. Herring isn't worried.

"The social aspect of movie-going will always be there, so long as the movies are available, people will come," he said.

The theater is open from Wednesday through Sunday 11 a.m. to 10:30 p.m. Capacity is limited to 25 percent in each screening room. They're staggering show times and cleaning and disinfecting after each show. There is spacing between seating.

Despite the restrictions, Herring is optimistic about the future.

"You have to look forward to that day when you can function in a way that people remember and are hoping to be out and about," said Herring. "It's a really nice to thing to feel like there are normal activities out there instead of just a never-ending closure."