People were in my store for two and half to three hours just ransacking the place. What they couldn't take they just vandalized the store. It was ugly," Greg Bires said. 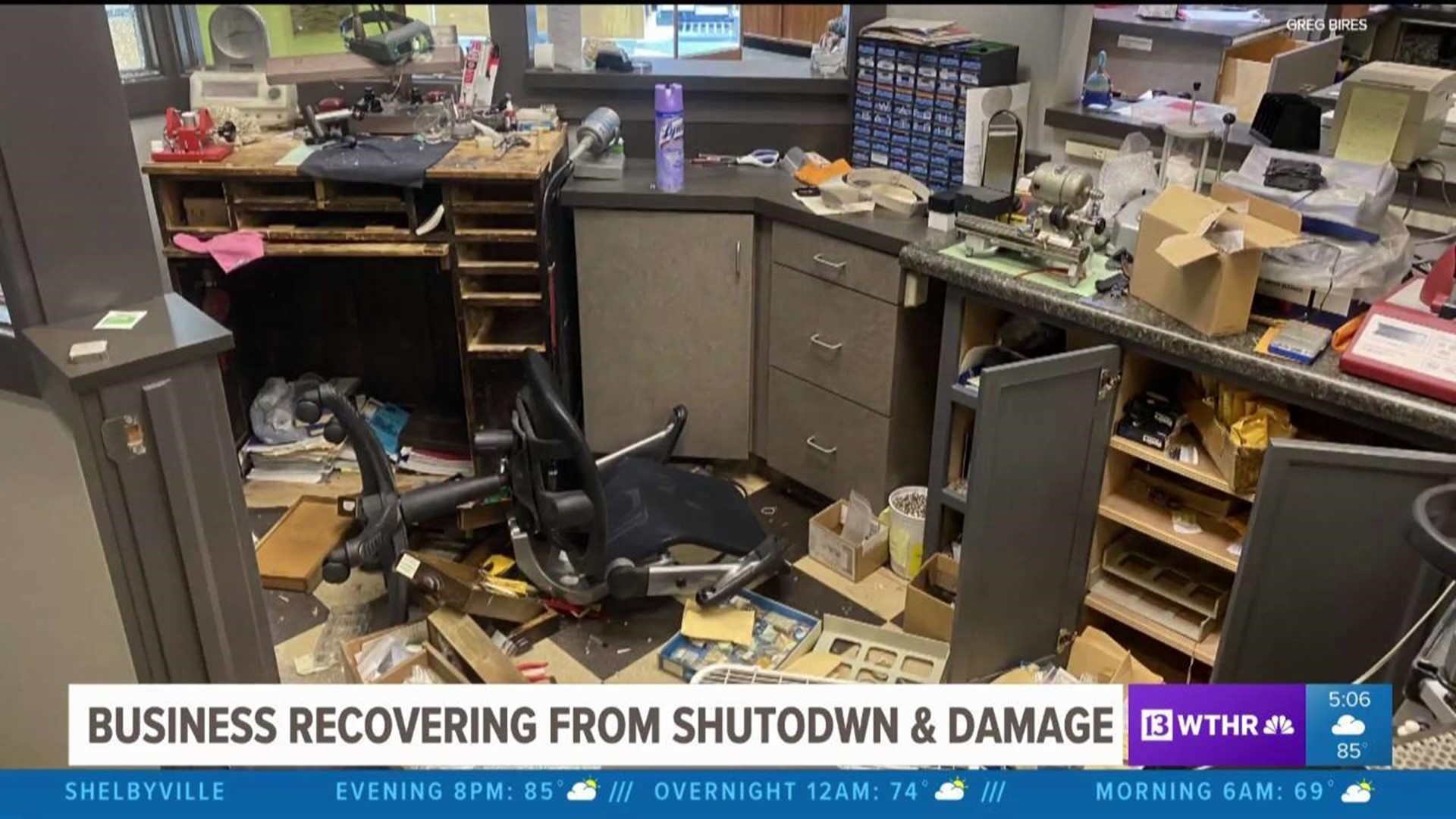 INDIANAPOLIS (WTHR) — Windsor Jewelry has operated just off Monument Circle in Indianapolis for over 100 years. In fact, it opened in 1919 just after the last pandemic in struck in this country the year before.

"We have been closed for two and a half weeks for the health crisis. That left us with about no cash flow and we had to layoff all the employees," Greg Bires confessed.

Then came the riots.

"People were in my store for two and half to three hours just ransacking the place. What they couldn't take they just vandalized the store. It was ugly," he said.

At one point, the looters just unlocked the door and casually walked in and out that way.

"It's going to be a tough fix financially for us and a lot of the people down here. There are a lot of small mom and pop businesses down here and we are struggling. It's something we never expected that will put the hurt on us," he said.

Bires says he supported the demonstrators right to get their point across but feels their message was diluted by the looting that followed.

"I feel like another group came after them and used their rally to tarnish the message and they did all this damage and destruction," he said.

While the store is still operating, Bires says he won't truly be able to open the doors again for another three to four weeks, at least.

While he remains committed to downtown he does have a message.

"If there ever was a time to support our business, we need it now more than ever," he said.