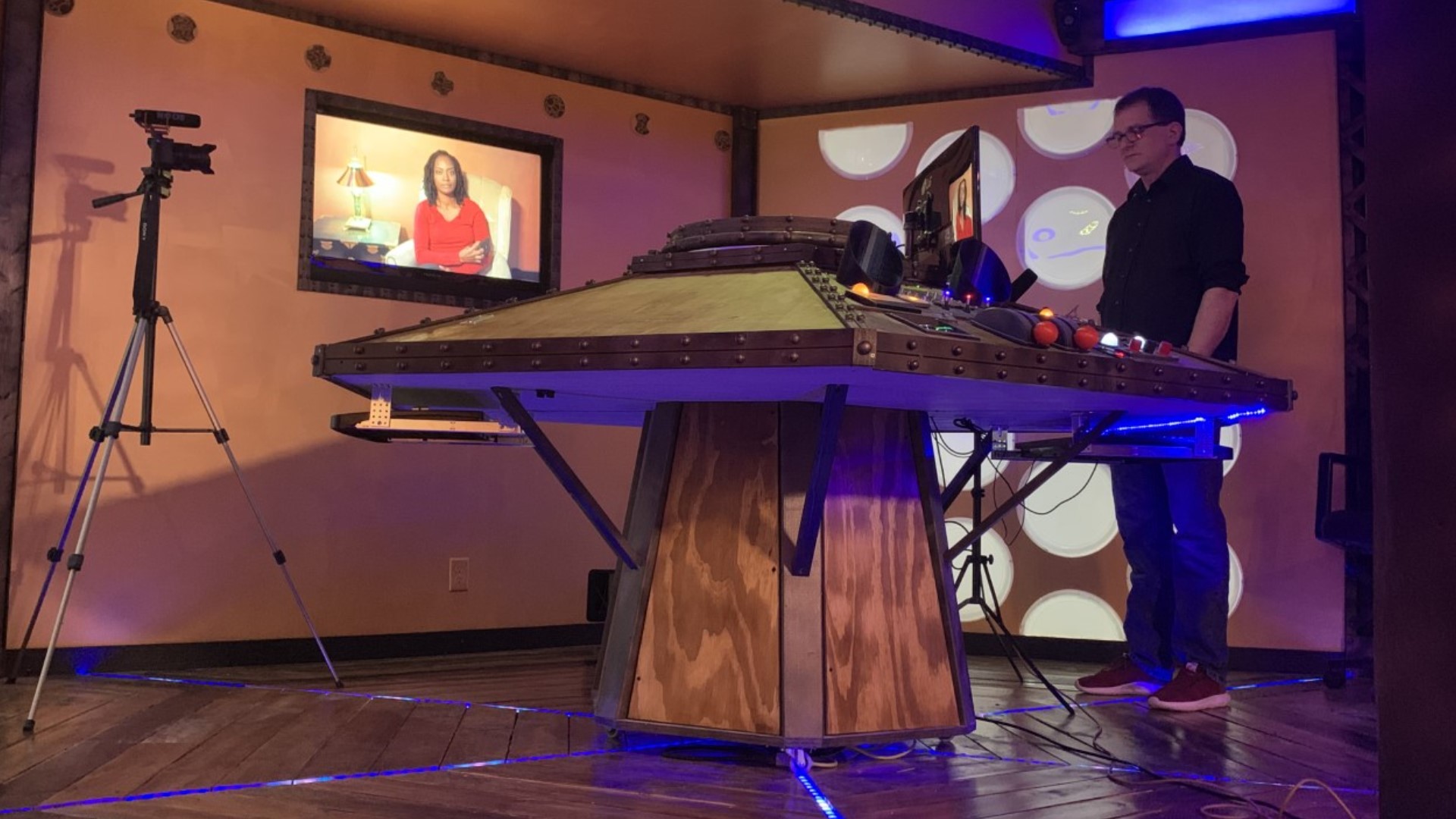 WESTFIELD, Ind. — When Todd Spann moved into his Westfield home, he knew he found gold.

"When I got the house, the basement was completely unfinished, and I wanted a theater and a computer room and everything, so I just went a little weird and created this idea because I wanted something different," Spann said.

Spann had a vision to go where no one has gone before.

He said his father introduced him to sci-fi as a child. In the last three years and two months, Spann transformed part of his basement into a "Star Trek" bridge-themed theater.

"This room took me six to eight months to finish," Spann said. "I get excited every time I come down here, if it's just to watch a movie. I sit down here and go, 'This is awesome.'"

You have to walk through hallways simulated to look exactly like the inside of the Starship Enterprise, and the doors are synched to automatically open.

As Spann sat in the captain's chair on the bridge, he described how it all worked.

He can even sound the alarm, just like what you'd hear in an actual "Star Trek" episode.

"All hands to battle stations," replied the computer.

That's not the only piece of this project.

There's also a "Doctor Who"-themed computer room, complete with the TARDIS — Time And Relative Dimension In Space — or spacecraft and time machine.

"When you walk into your basement in this nearly finished project, what thoughts go through your mind? Because you're basically entering into a new world, even a new dimension," asked 13News reporter Karen Campbell.

Spann admits he has zero construction experience, yet he still did it all by himself.

"Designing it? A lot of Googling pictures, printing out pictures, sitting in the basement staring at everything, thinking, 'How is this going to work?' A lot of measuring. A lot of trial and error. You set something up and think, 'Well, that's not going to work.' You tear it down and try something else until I got it to where I was happy," Spann said.

He also became very resourceful when seeking some of the needed materials he found from his newly constructed neighborhood.

"I actually got permission to dumpster dive, so 30 percent of this basement is actually from dumpster diving," Spann said.

He even used recycled legs from an old trampoline someone discarded to make railings used upon entering the "Star Trek" bridge.

Spann said while it may look like a million-dollar project, it's actually quite simple to build your own.

"I'm a computer specialist. I didn't know how to drywall, put up walls. I just did a lot of reading, research and asked a lot of questions on forums and got responses," Spann said. "I did this for me. I didn't expect publicity and everybody sharing it, so I was totally shocked."

Perhaps the most mind-blowing piece of Spann's project? He also created a transporter room, part of the Starship Enterprise. It's designed with a blue platform and lights, and he can even simulate special effects as if someone is being "energized."

Spann said he's not done constructing just yet. He still has more to do but gives this advice to those who want to hone in on their vision.

"Anybody can do it, you just have to have the right mindset to do it," Spann said.

RELATED: DIY distractions can help you process the pandemic