"I keep asking my husband to pinch me because I can’t believe this is real." 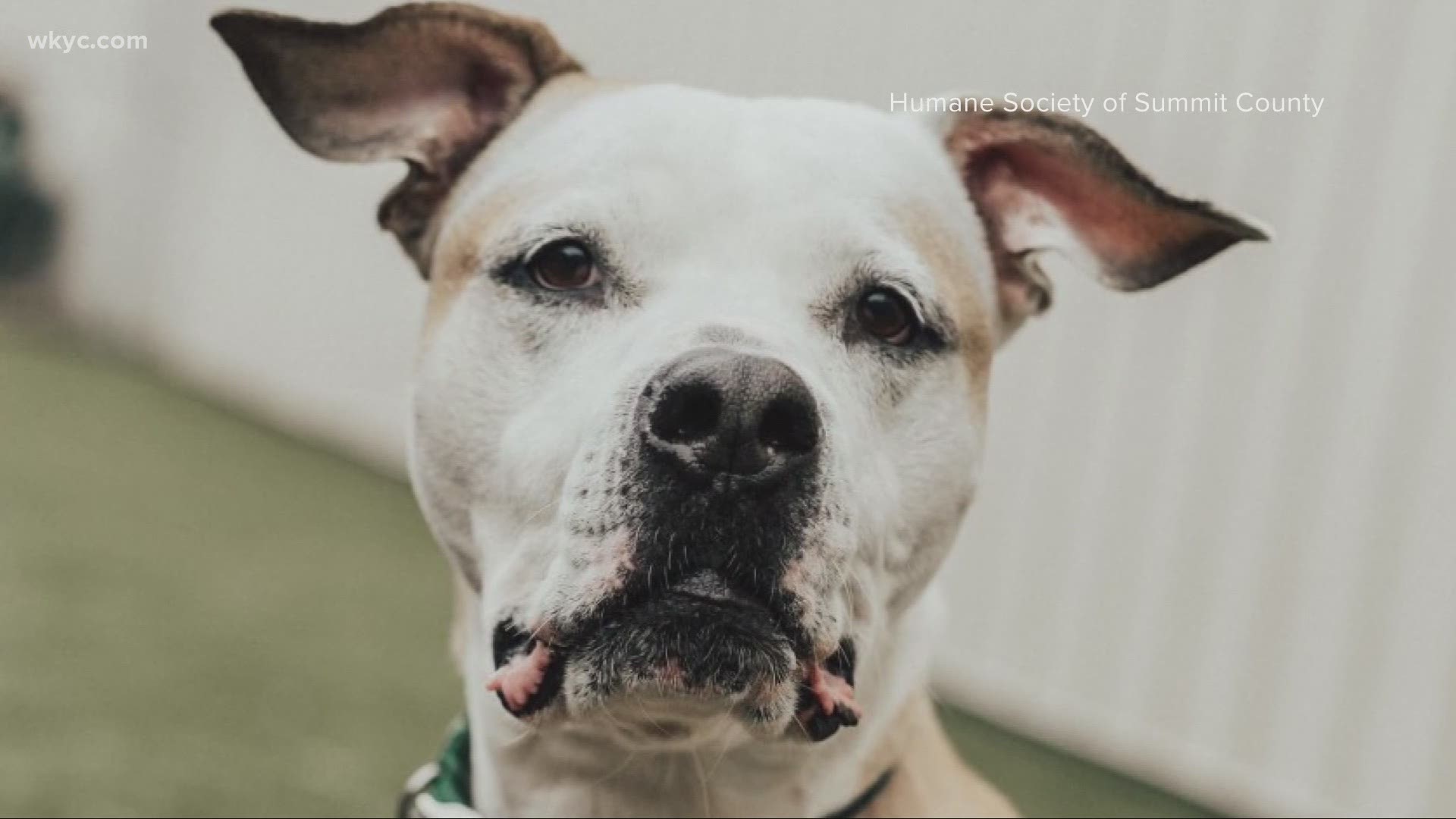 After her dog, Junior, went missing in 2012, the two are now back together again just in time for Christmas!

“Over the years she scoured local shelter photos and lost-and-found pet groups online,” according to a press release from the Humane Society of Summit County. “She thought she found him on Craigslist listed for sale, but the poster never responded to her e-mail.”

Junior arrived at a Twinsburg shelter in July 2018 after being surrendered to Humane officers.

“He was in fair health upon his arrival, and was treated by the shelter veterinarian for tapeworms before he was made available for adoption.”

Junior, who was known as Buddy at the Humane Society, was adopted three times throughout the years, but officials said none of the families were the right fit.

Fast forward to this month when Nemeth found Junior’s picture on the Humane Society’s site.

She called right away.

“Shelter staff compared photos of Junior to Buddy and thought there might be a match. Nemeth described her dog’s personality, which matched the shelter dog’s quirks even after so many years.”

SUBSCRIBE: Get the day's top headlines sent to your inbox each weekday morning with the free 3News to GO! newsletter

When she arrived at the shelter, Humane Society officials said Junior licked Nemeth’s face “as if there was a glimmer of a memory.”

“She tried some of the hand signal commands she had taught Junior years ago and he obeyed them perfectly.”

Nemeth returned to the shelter the next day with her family to ensure the Junior she remembered could fit in once again.

They brought him home that night. Now, Junior is settling in well with his family, officials said.

“I keep asking my husband to pinch me because I can’t believe this is real,” Nemeth said. “I can’t believe Junior is home. He carried me through the challenges of my life and to have him back means everything to me.”

In 2021, the Humane Society of Summit County plans to launch a new partnership with FindingRover.com to help reunite pets and their families. The site allows pet owners to upload their pet’s photo on the site that can be compared with photos of animals in other partnering shelters.