Chip and Joanna, RGIII and Trey Wingo were all in the crowd to see the historic win. 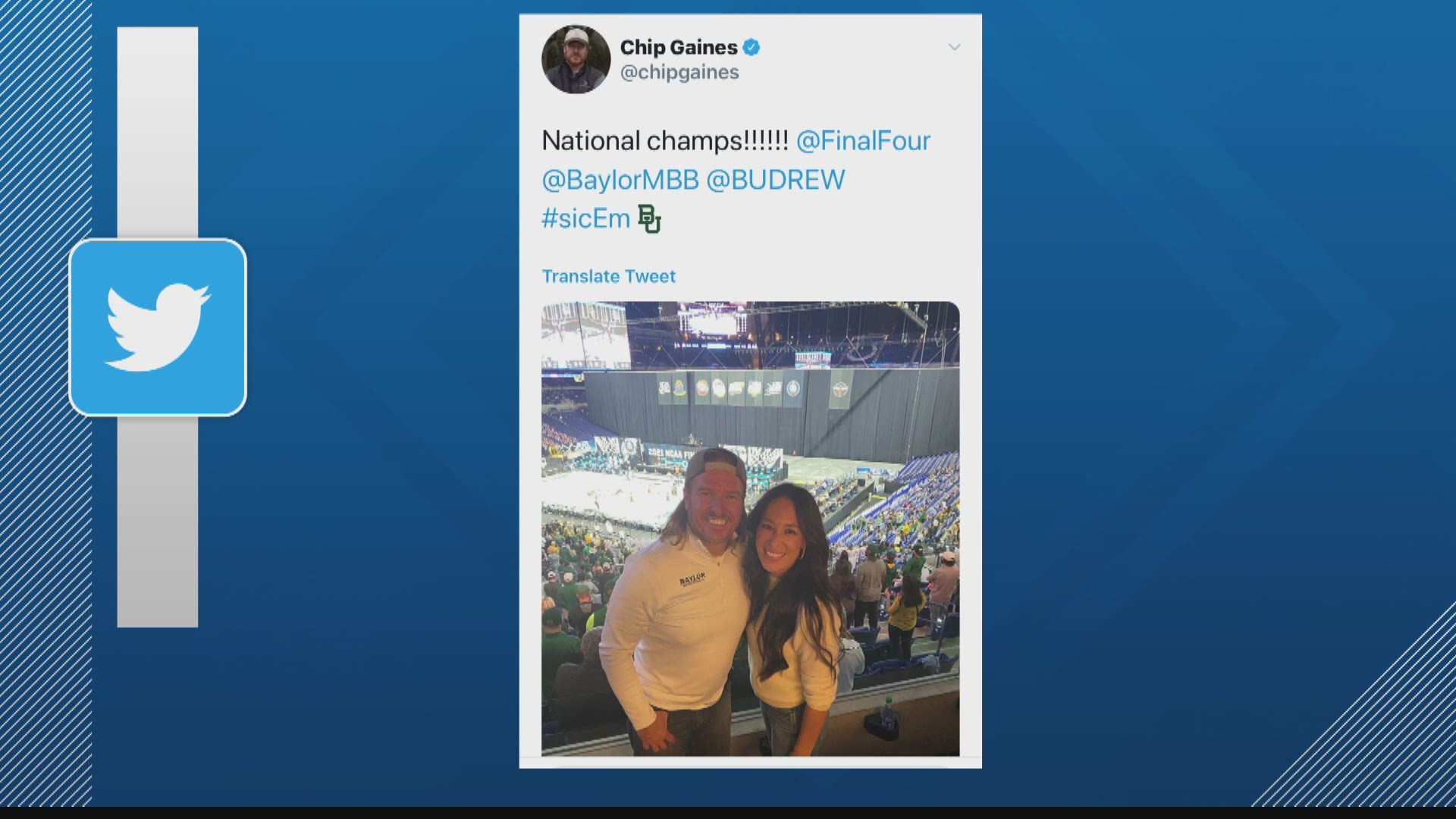 INDIANAPOLIS — As Baylor University clinched its first men's basketball NCAA championship, a few familiar faces were in the crowd to celebrate the win.

Most notably, Baylor grads and HGTV stars Chip and Joanna Gaines witnessed the win. Chip shared photos from a suite in Lucas Oil Stadium. One of those photos was with NFL quarterback Robert Griffin III.

Chip graduated from Baylor in 1998 with a degree in marketing and business administration, while Joanna earned a communications degree in 2001. They became household names in the home improvement business by renovating homes in Waco, Texas — where Baylor is located — on the HGTV show "Fixer Upper."

The couple also runs a number of small businesses, and recently launched the Magnolia Network, which will feature original shows and be home to all the "Fixer Upper" episodes that previously aired on HGTV.

Griffin III was Baylor's starting quarterback and won the Heisman Trophy in 2011. He's been in the NFL since Washington picked him second overall — behind Andrew Luck — in the 2012 NFL Draft. Since then, he's also played for the Cleveland Browns and the Baltimore Ravens. He is currently a free agent.

Griffin III also appeared in a video Monday with former ESPN host Trey Wingo. Wingo graduated from Baylor in 1985 with a degree in communications. He went on to hold a number of roles with ESPN, from being a play-by-play arena football announcer to, most recently, co-hosting a radio show with Notre Dame graduate Mike Golic.