AMC pushes US theater reopenings back until mid-to-late August

Prior to the company's Thursday announcement, movie theaters were set to reopen on July 30. 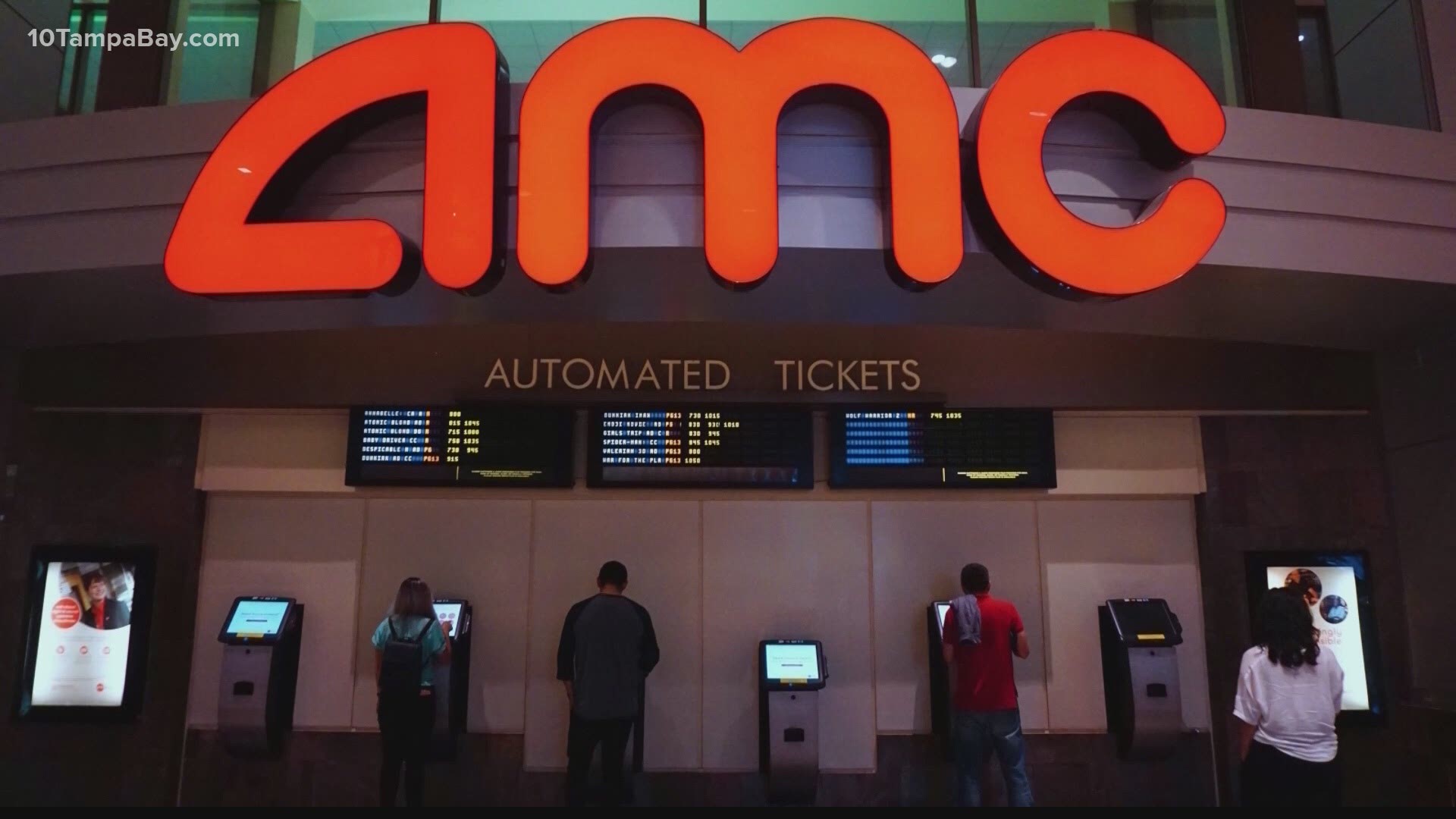 ST. PETERSBURG, Fla. — The nation's largest movie theater chain, AMC, has decided to once again push back the reopening of its U.S. theaters amid the coronavirus pandemic.

Prior to the company's Thursday announcement, movie theaters were set to reopen on July 30. Now, U.S. AMC theaters are projected to once again see movie-goers come mid-to-late August.

Hollywood has now gone more than four months without a major theatrical release. While some films have found new streaming homes, the biggest upcoming ones — “Tenet,” “Mulan,” “A Quiet Place Part II” — remain idled like jumbo jets on the tarmac.

Now, movie houses are saying that despite far from ideal circumstances, it’s time for new movies. Four months of near-zero revenue has brought the $50 billion annual business to its knees.

AMC's theaters in Europe and the Middle East have already reopened since the pandemic began and are "operating normally."

The coronavirus pandemic forced most movie theaters across the nation to close their doors due to fears of virus spread. Since this change, people have turned to drive-in theaters and streaming services to get their movie fix.

RELATED: Everything coming and leaving Netflix in August 2020

RELATED: Floating cinema is the perfect way to watch a movie and social distance in Florida