This is Typical January weather for Central Indiana

It will be cloudy and chilly through Friday. 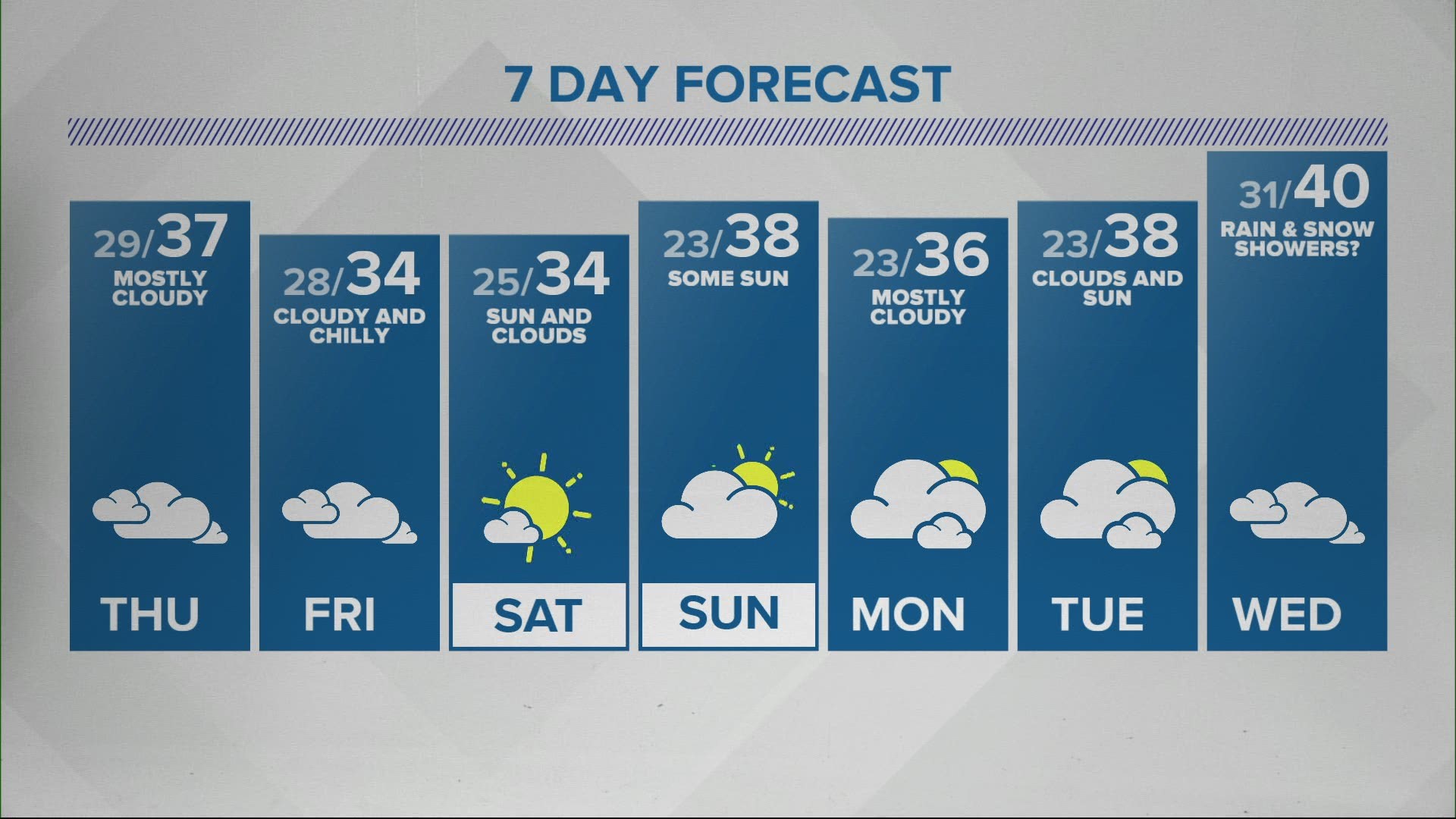 INDIANAPOLIS — The average high for the early half of January is 36 degrees.  High temperatures yesterday and today were near that average number.

It was another cloudy and cold January day on Wednesday.  I saw just a bit of clearing late this afternoon.

Now I would not call it sunny...but there are a few breaks in the clouds this afternoon - love this view over Morse Reservoir pic.twitter.com/4ZGiqnyywW

It will be mostly cloudy tonight, with overnight temperatures in the upper 20s.  Mostly cloudy skies and highs in the middle and upper 30s are in the forecast for Thursday and Friday too.  There is a weather system bringing rain and snow to our west, but it will move to our south and miss central Indiana.

If you are ready for some sunshine, there is some in the weekend forecast.  It stays chilly with highs in the middle and upper 30s.

The longer range weather pattern looks a bit more active.  Right now there is a slight snow chance  south on Tuesday next week and a chance for a few rain and snow showers for central Indiana on Wednesday.  This looks to be just the beginning of an active weather pattern for the end half of next week.