Snowfall in Indianapolis is almost 9 inches below average. 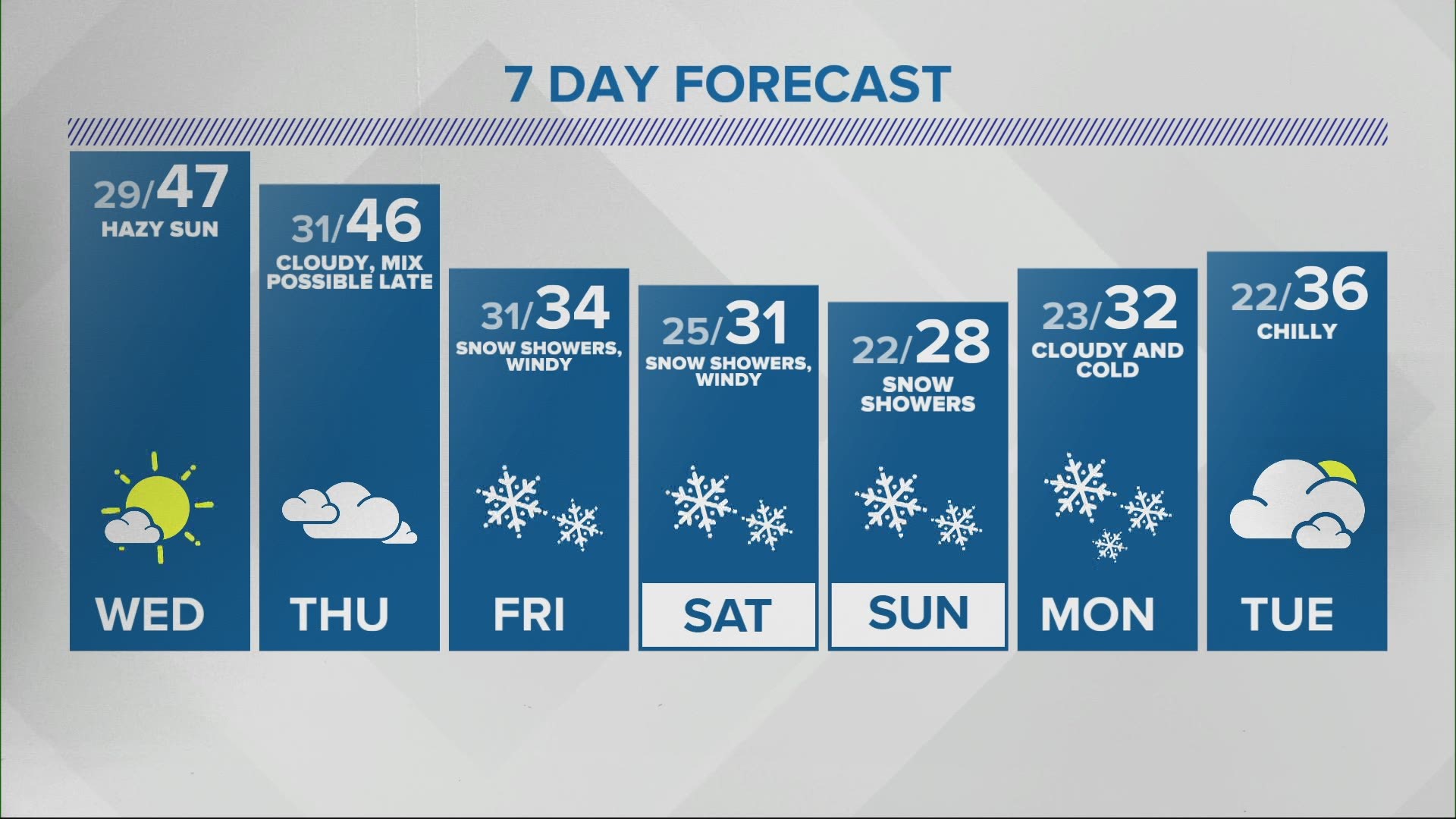 INDIANAPOLIS — The snowfall total in Indianapolis is only 2.7" and this is almost 9" below average.

This got me thinking about the least snow and the most snow. Let's start with the years with the lowest snowfall. The lowest on record is 1918-19 when only 5.5" of snow fell. In fact the top three years are lower than six inches of snow.

With all of this snow talk, you might be wondering do we have any snow in the forecast? The answer is yes. There will be off and on snow showers Friday through Sunday with the potential for some minor accumulations.

We will keep  you updated on that snowfall potential as we get closer to the weekend.