Damaging winds and tornadoes will be possible this evening. 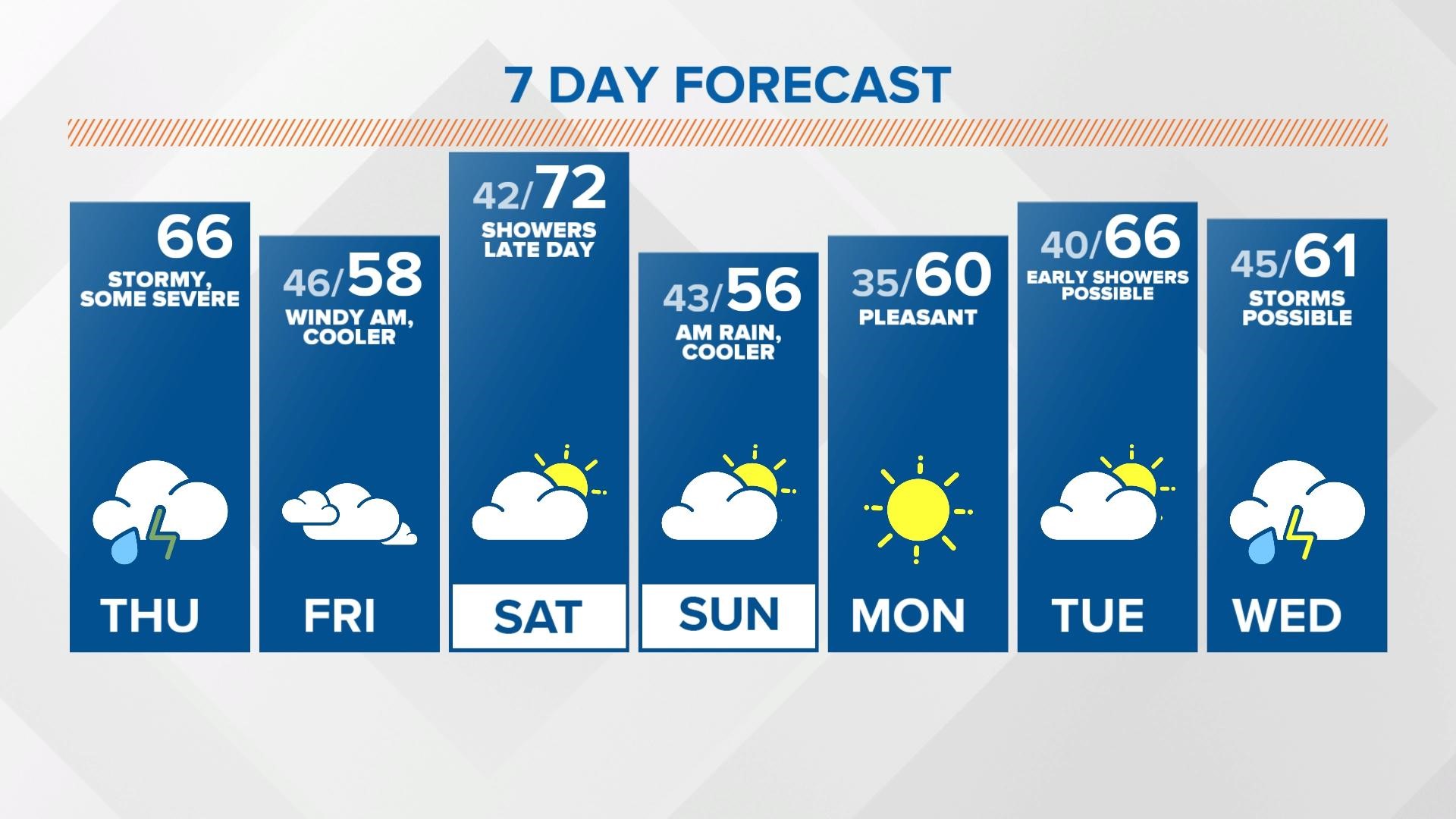 INDIANAPOLIS — Two rounds of rain will push in today. The first round will arrive late this morning and continue into the mid afternoon. This first round is not expected to be severe, with around a quarter inch of rain possible. There will be several dry hours with a mix of sun and clouds. Winds will be out of the southeast from 5 to 10 mph. Afternoon highs will climb into the mid 60s.

The second round of showers and storms could be severe. The best time frame for severe weather will be from 7 p.m. to midnight, especially along and south of Interstate 70. Heavy rain will also be possible.

There is a risk of severe weather later today into early Friday morning.

Be weather aware today! There is a risk of severe weather, with damaging winds possible. Tornadoes will be possible too. #13weather #INwx@wthrcom pic.twitter.com/aRnHkTeaUU

Damaging winds will be the main threat, but tornadoes can’t be ruled out.

The low pressure system will deepen this evening and allow a tight pressure gradient to develop. Winds will increase out of the south/southwest. A High Wind Warning is in effect tonight into Friday morning for portions of central Indiana, as winds will be sustained from 25 to 40 mph. Gusts will be from 50 to 60 mph, which anything over 58 mph is considered severe. So, even without storms, severe winds will be possible late tonight into Friday morning.

A Wind Advisory is in effect for portions of central Indiana, and this will be on the high end of the advisory. The best time frame for strong winds will be from 11 a.m. through 8 a.m.