After a snow drought, accumulating snow continues on Sunday

Scattered snow showers will be around at times on Sunday. 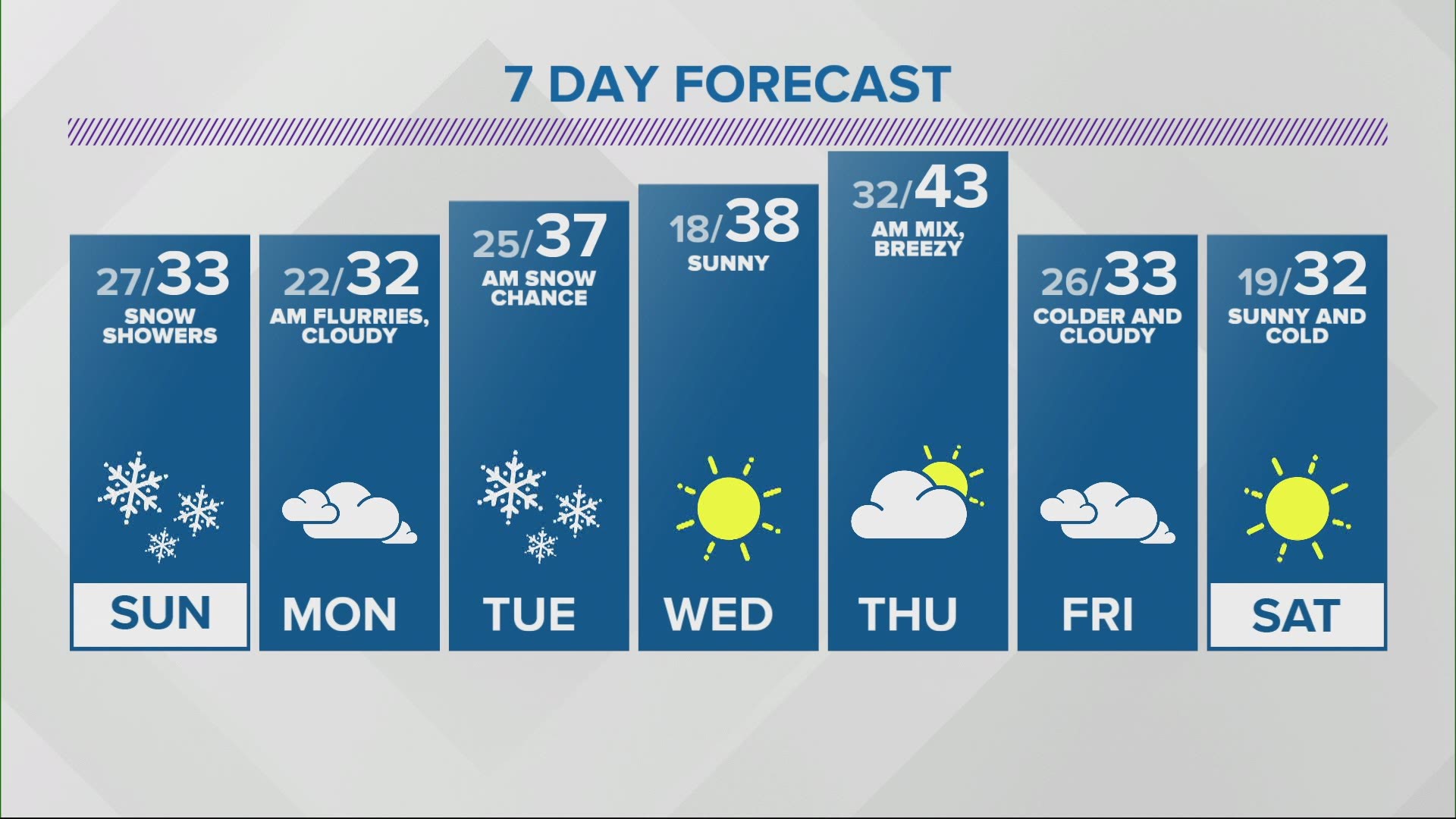 INDIANAPOLIS — After being in a snow drought, central Indiana will be in a snow globe for the next 24 hours.

Another upper level system will move over the Great Lakes area on Sunday. Snow will start to kick in again by mid morning. Snow will be heavy at times, with a some snow squalls possible, bringing down visibility.

Snow showers will develop by mid morning and will continue through mid evening.

Another 1” to 2” of snow will be possible by late day. It will be colder too, allowing the snow to stick a bit more on surfaces.

Afternoon highs will only climb into the low 30s.