Pattern Change Ahead This Weekend

Pattern Change Ahead This Weekend 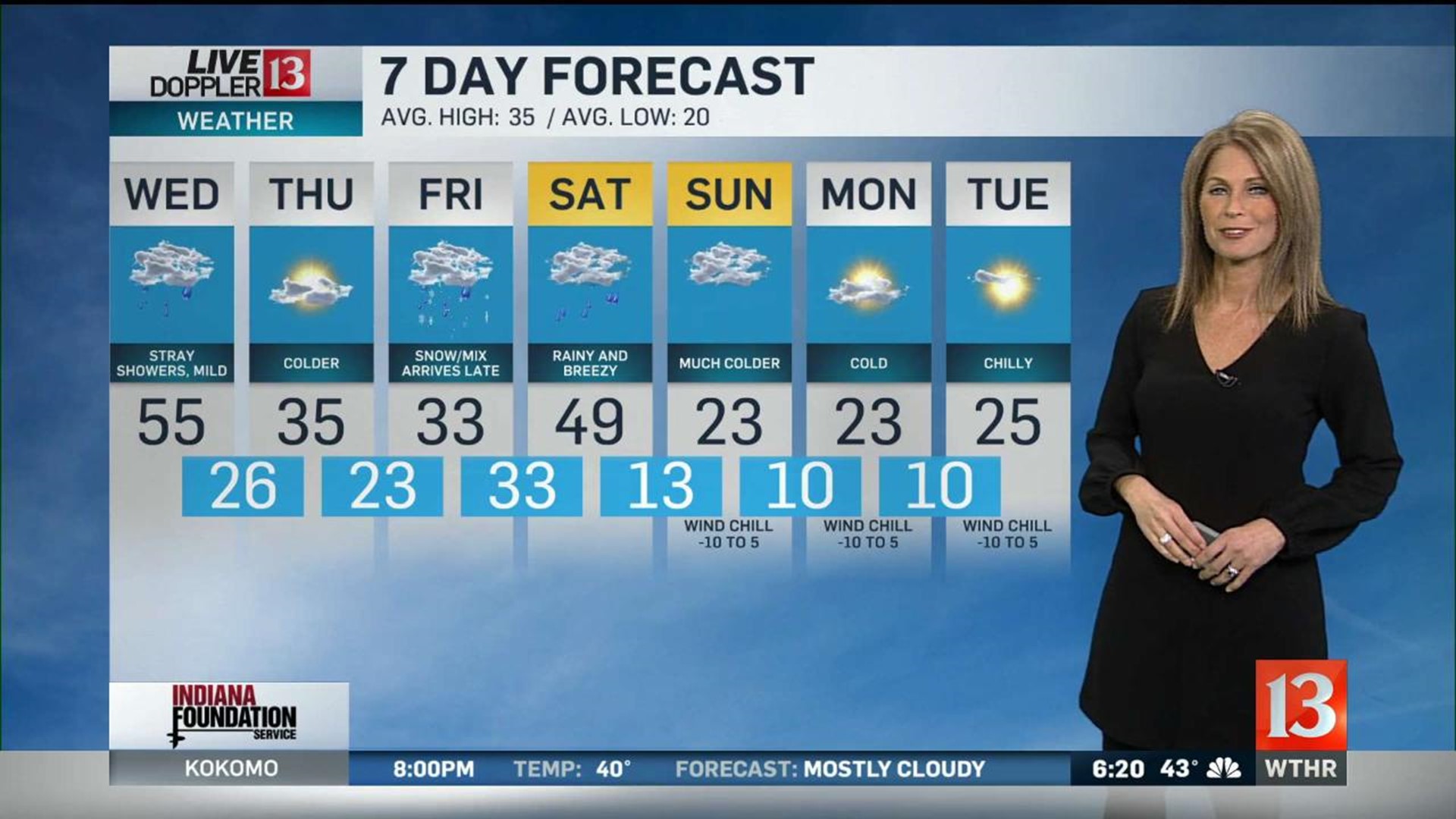 Patience rewarded today as that overcast finally dissipated for a brighter finish and highs near 50°.

It took awhile, but finally seeing low-cloud deck diminish for late-day sun..similar to Monday. Should help boost temps to near 50°-52° range #INwx pic.twitter.com/EogqcLLrmA

This continues the string of above average highs for the month of January... and we'll tack-on a few more this week before a significant pattern change.

It's been the warmest January 1st-13th in Indianapolis since 2005 with the average monthly temperature nearly 12° warmer than norm. The snow season has been wimpy too... with just under 11".

Long-range signals continue to advertise a flip in the upper pattern arriving this weekend as a trough digs southward into the eastern U.S. This allows seasonably bitter to get dislodged from the polar region and leads to a stretch of days colder than average.

This transition carves out a winter system that moves across the Ohio Valley/Great Lakes Friday into Saturday. It's still early in the forecast game, but a period of snow/sleet remains possible in Central Indiana Friday evening before a switch to rain as rapid warming occurs once the low strengthens around the Michiana border.

At this time we don't envision significant travel impacts, but this could change based on the storm track. Confidence is high on lows near single digits Sunday/Monday/Tuesday mornings and wind chills dipping into sub-zero territory.