This storm system will come in a few waves. The first comes after 9 p.m. Sunday. 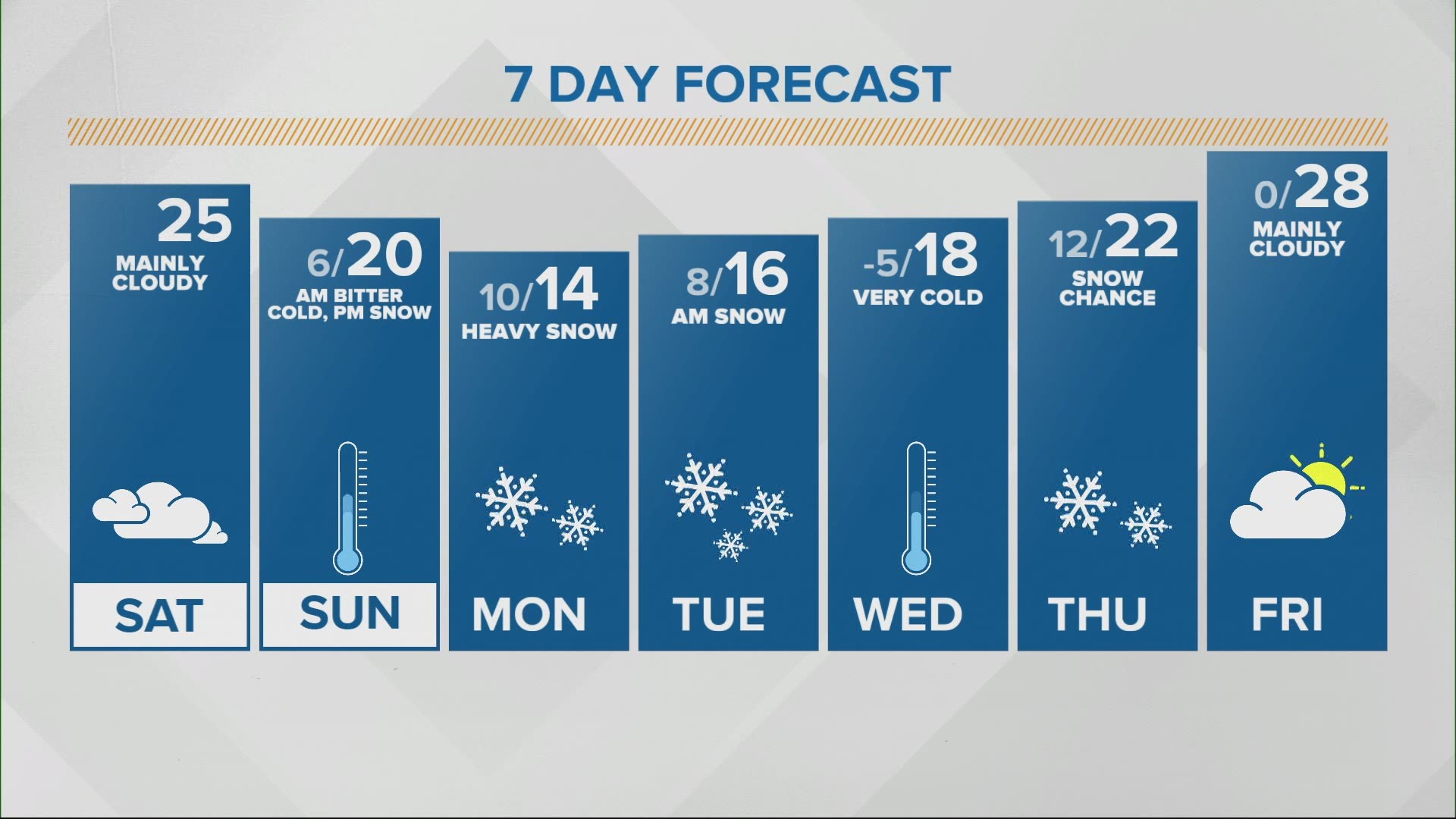 INDIANAPOLIS — A Winter Storm Watch will be in effect starting late Sunday for parts of central and southern Indiana.

This storm system will come in a few waves. The first comes after 9 p.m. Sunday.

This first wave lasts through early Monday morning. This will bring a few inches of snow to the area and will make for a sloppy morning commute for those who have to be out and about on Presidents Day.

A second and more impactful wave arrives late Monday afternoon with the heaviest of the snow Monday evening.

This wave will wrap up Tuesday morning, bringing this storm system to an end.

There is still quite a bit of variance between weather models on this storm track, which will impact who sees the most snow out of this system. Confidence is highest that the most snow will fall in the southern tier of the state with 5"+ possible.

Stay tuned for the latest outlook and updates coming in.