The combination of snow before and during the morning hours, combined with cold temps in teens, will likely make for a slick commute Thursday morning. 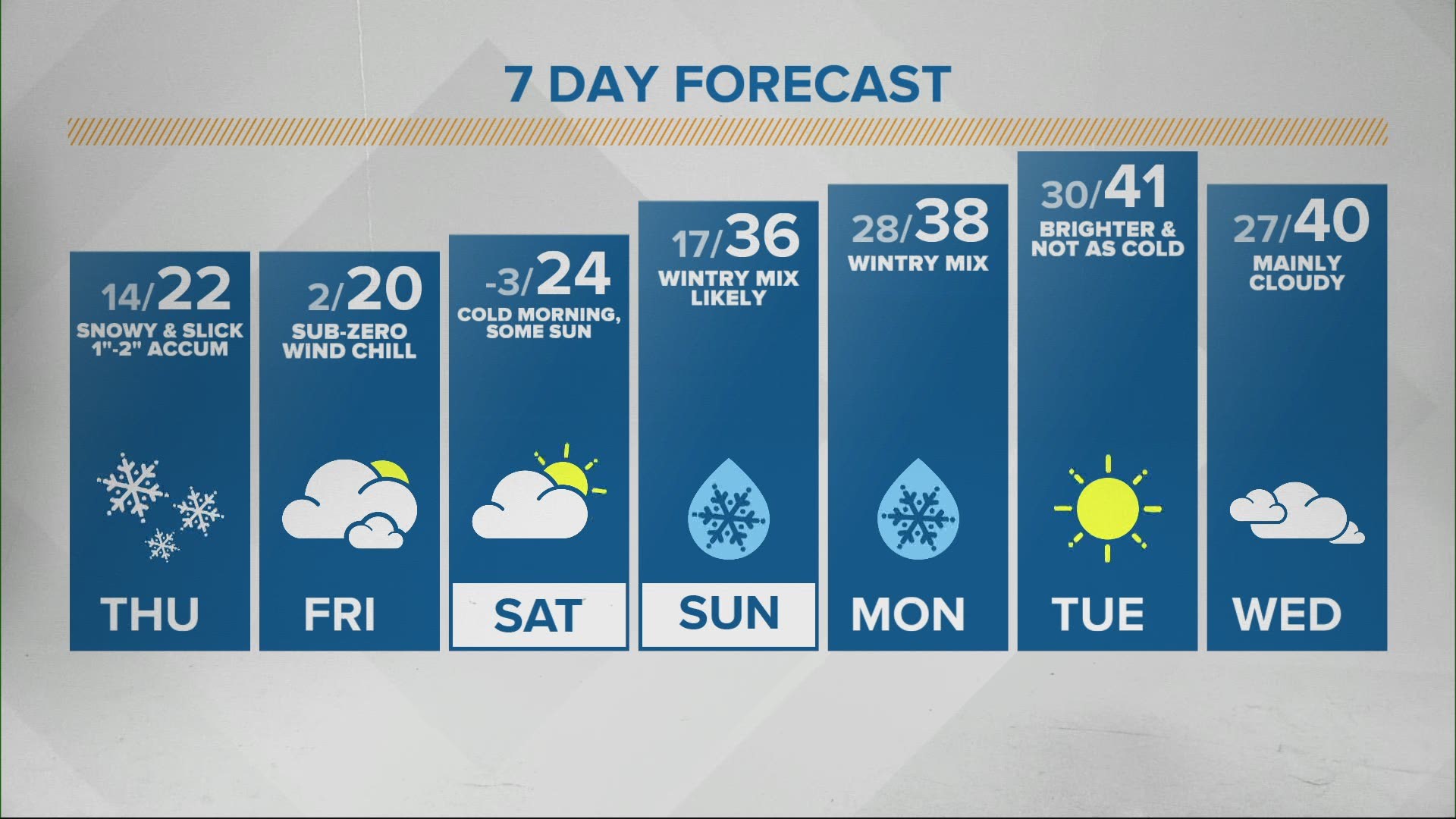 No, this won't be another 7"-11" winter storm with blowing and drifting. But the combination of snow before and during the morning, combined with cold temps in teens, will likely make for a slow/slick commute Thursday morning.

Don't focus so much on snow amounts, but rather the impacts, which will be a longer commute to work, potential of more school delays/virtual learning/cancellations and the need to shovel some more.

Flurries and areas of light snow move into central Indiana this evening. But the broader area of snow expands near or after midnight with widespread snow from 3 a.m. - 10 a.m.

Totals will finish up near 1" in western Indiana, 1"-2" likely for the Indy metro area, and 2"-3" in eastern/southern Indiana. There's still the possibility the track could change west or east, so check back for updates.