Widespread rain will be likely overnight and during the first part of the day on Monday. 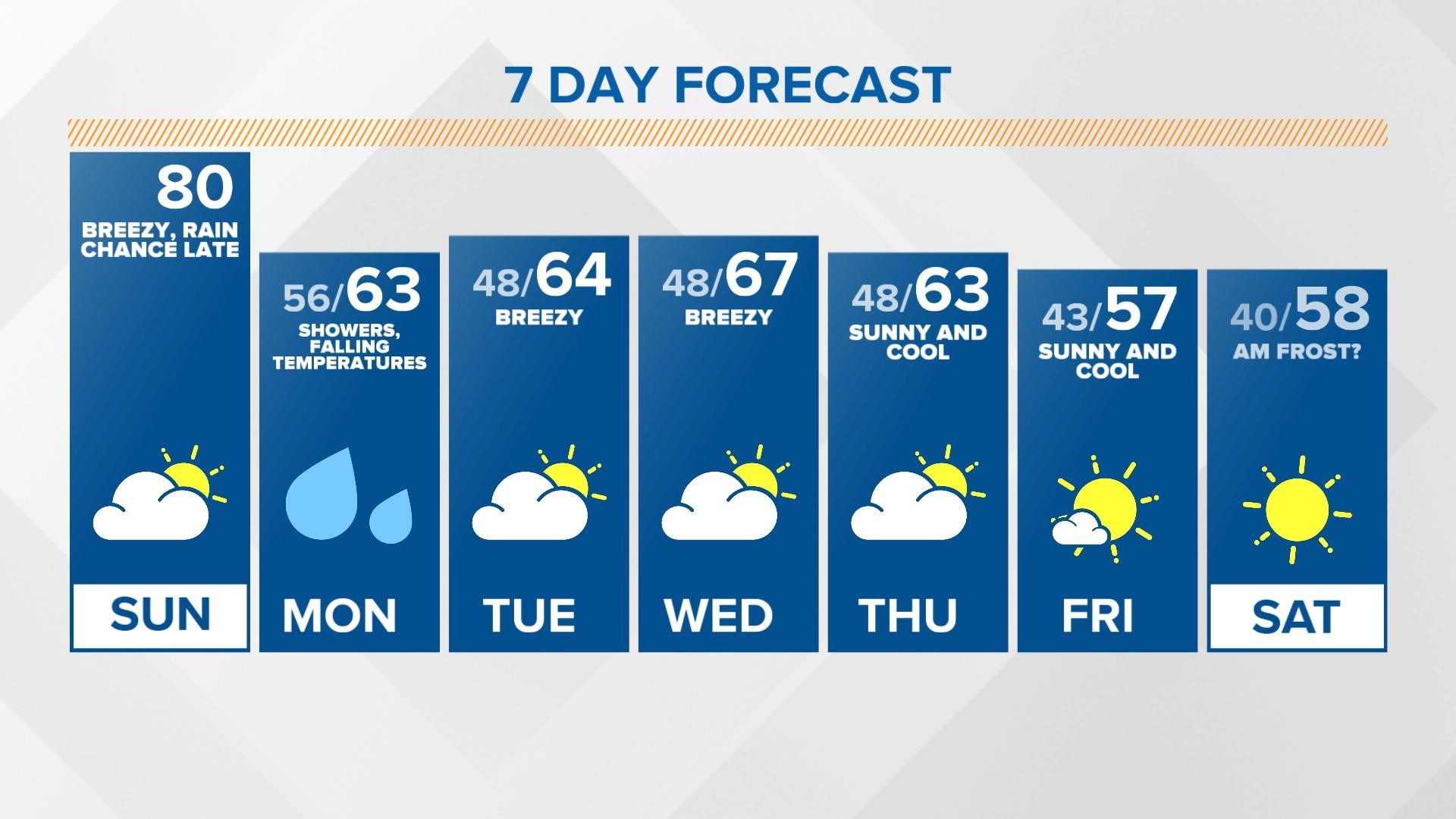 INDIANAPOLIS — The cold front will move in later Sunday from northwest to southeast bringing rain in mainly after 7 p.m. starting in northwest Indiana.

Widespread rain will be likely overnight and during the first part of the day on Monday.

Monday's "high temperature" will occur around midnight in the mid 60s as temperatures fall into the mid 50s around lunchtime.

Rain will exit in the afternoon and we'll see some clearing allowing for temperatures to recover to the low 60s.

We could use the rain because we're now at a 2.65" deficit for rainfall during the month of September.

Many spots could see up to a 0.25" of rainfall and perhaps slightly higher amounts where heavier showers set-up.