Indianapolis' record low tonight is -7 set in 1903, and that may be rivaled, if not broken. 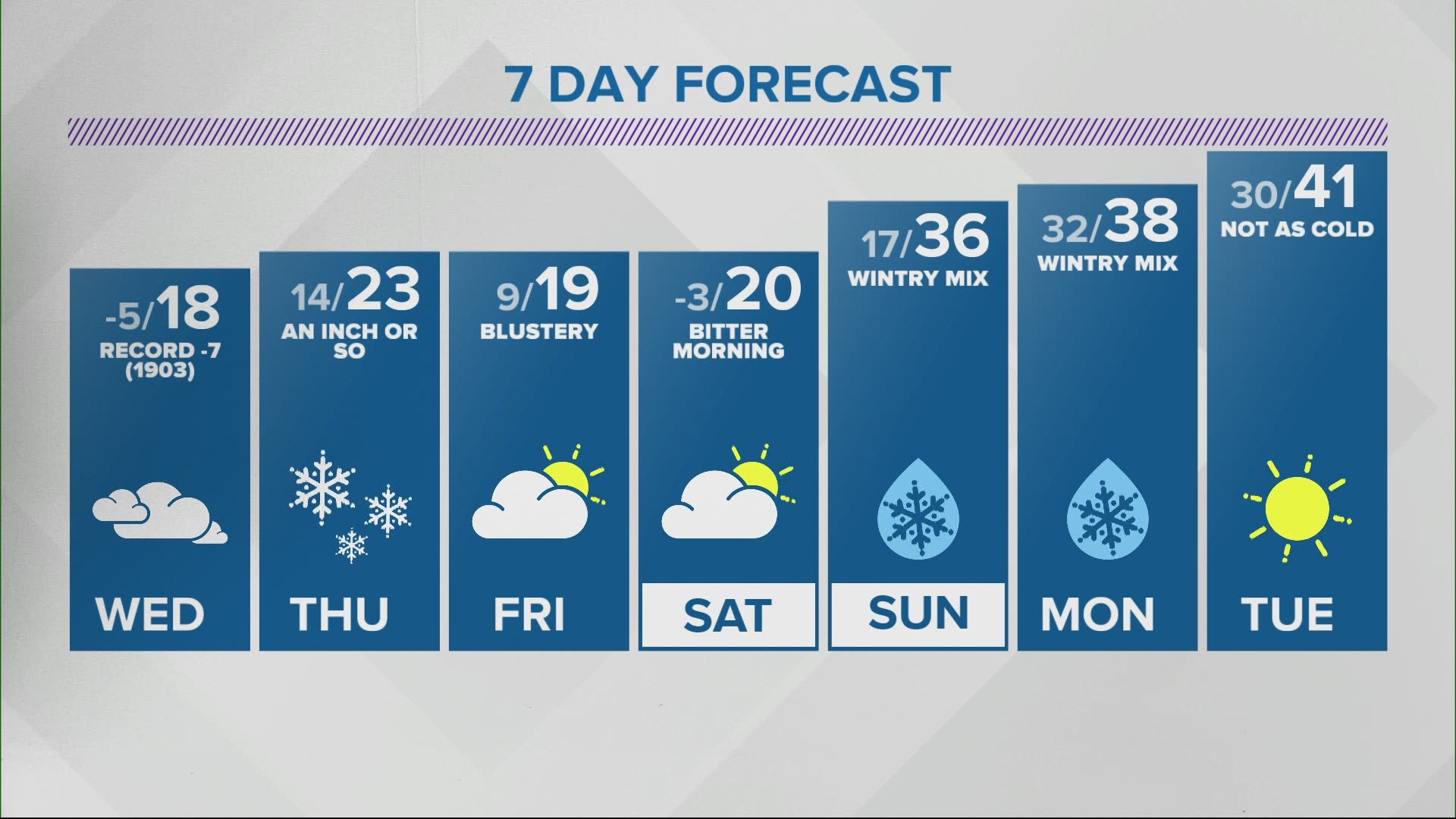 INDIANAPOLIS — The deepest snowpack in three years could deliver the coldest night in central Indiana in two years.

A fresh, deep snowpack of 7"-11" sets the stage for bitterly cold temperatures.

Fresh deep snowpack blanketing most of the region, and a mainly clear sky, sets the stage locally for near to record-breaking low temperatures below zero tonight #13weather pic.twitter.com/FCFHyftj8R

Fresh snow has a high albedo, meaning it reflects nearly all incoming radiation from the sun. So despite a mainly sunny sky Tuesday, temperatures stayed in the teens.

Visible satellite shows mainly clear conditions over central Indiana which allows the minimal heating of the day to quickly radiate into the atmosphere near/after sunset.

The end result is a rapid drop to near/below zero tonight with lows ranging from -10 to -5 degrees, if not colder.

Drip water if you have faucets/pipes on exterior walls and expect bitter conditions if you're out tonight or early Wednesday morning.

Indianapolis' record low tonight is -7, which was set in 1903 and that may be rivaled, if not broken. We're forecasting -5 which would be Indy's coldest night in two years.