The boundary for storm development Monday afternoon should remain well south of Indy. 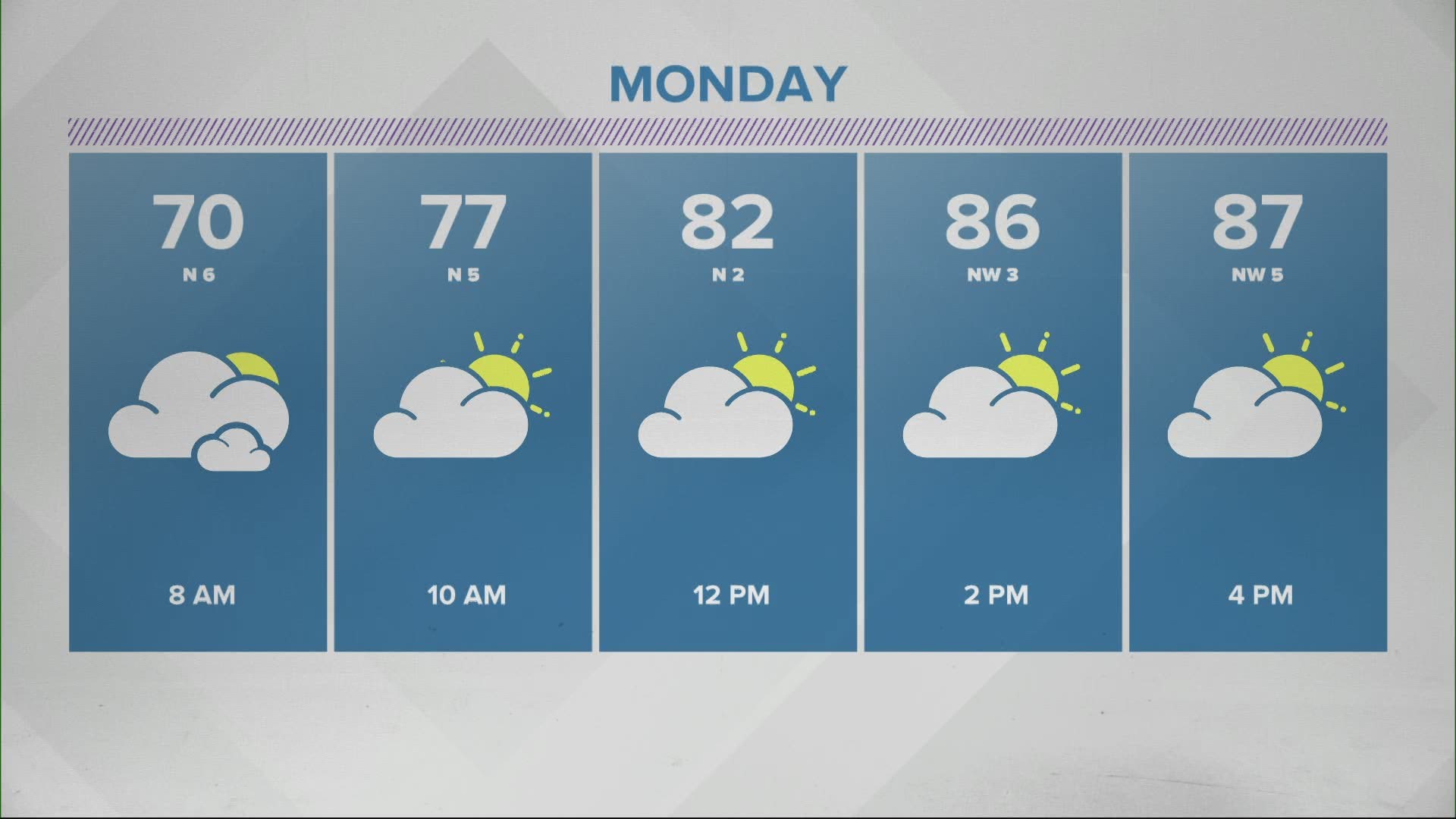 INDIANAPOLIS — Much-needed rainfall is just what the doctor ordered for the parched landscape in Central Indiana. Many areas picked-up beneficial rain and in some cases it exceeded an inch.

The heavy rain rates did cause some flooding especially within parts of Greene, Monroe, Morgan, and Owen counties, where some gauges eclipsed 2 inches in less than one hour.

At this hour, what's left of the slow-moving heavy storm cluster remains mainly south of I-70. The threat of severe weather is for the most part over, but additional pockets of flooding could emerge within remnant heavy storms.

Areas of fog are possible overnight and into Monday morning due to the moist ground. But Monday becomes a noticeably less humid day as dewpoints drop into the 60s, which is quite a contrast to the oppressive 75°-80° we dealt with Sunday.

The boundary for storm development Monday afternoon should remain well south of Indy, but this axis creeps northward in the coming days and periods of mainly late-day/early morning storm clusters return.

Our early call for next weekend is hazy and hot with highs in the mid-90s. We'll see if it actually verifies this time.