Nearly all of Indiana is under a Winter Storm Warning until 7 a.m. Tuesday in what will be one of the bigger winter storms in several years. 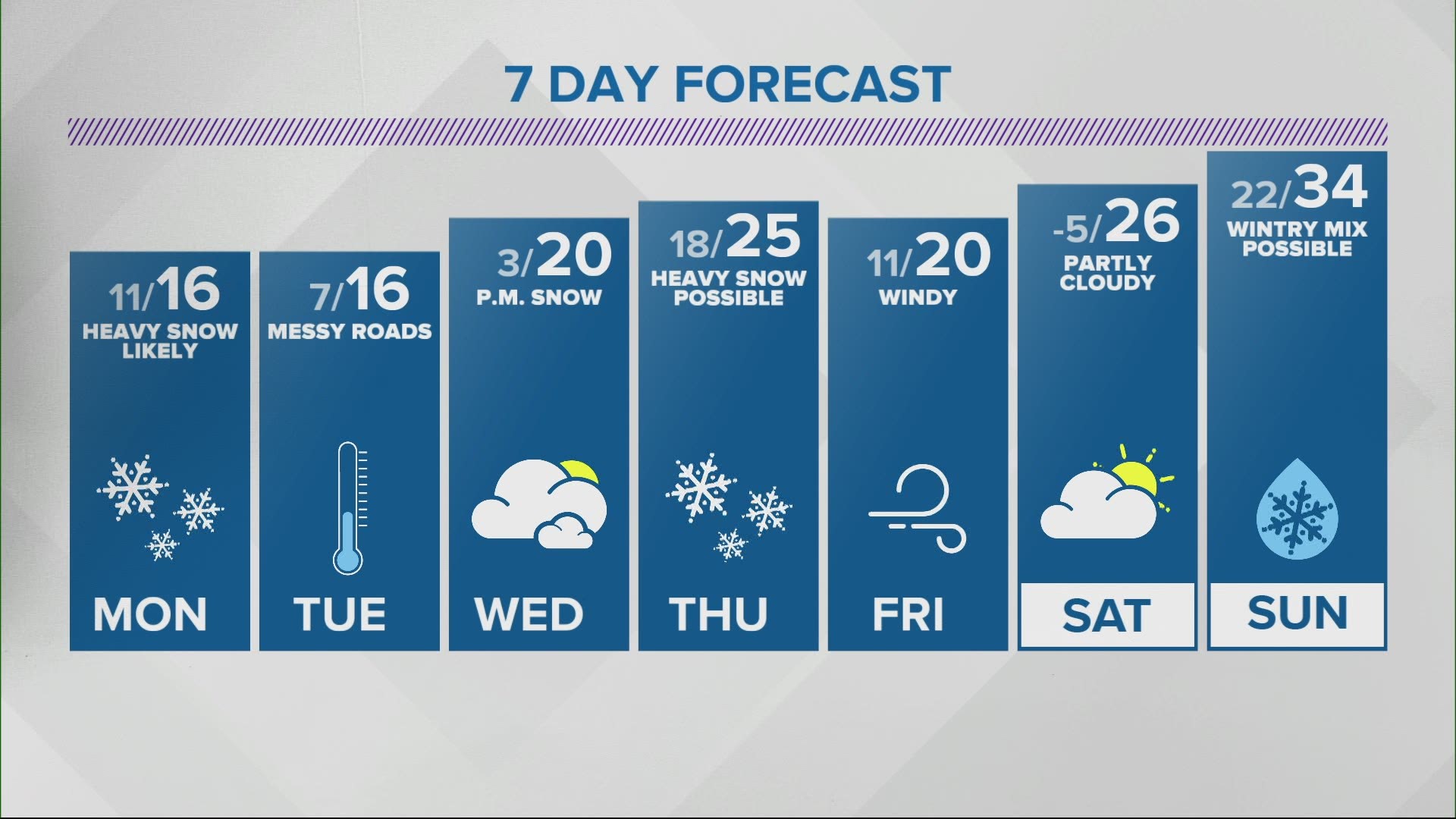 INDIANAPOLIS — An impressive amount of the central and eastern portions of the United States are either under a Winter Storm Warning and/or Winter Weather Advisory,  including every county in the state of Texas!

Nearly all of Indiana is under a Winter Storm Warning until 7 a.m. Tuesday in what will be one of the bigger winter storms in several years.

There will be two pieces of snowfall with this storm. One tonight into early Monday morning, which will be much lighter but still impactful due to temperatures in the lower teens. 1"-3" doesn't sound like a lot, but we expect slick roads due well below freezing temps.

Please don't wake up Monday morning and question "where's all the snow?"

The bulk of the accumulation occurs snow rates and coverage eases between 7 a.m. to 12 p.m. Monday. At this time, we expect 1"-2" per hour snow rates between 4 p.m. Monday to 12 a.m. Tuesday, when travel becomes difficult if not impossible on some roads. We're advising against travel during that time.

If you must travel, please pack blankets in your car and have charged batteries for cell phones. Blowing and drifting will also be a problem with the potential of wind gusts in the 25-35 mph range Monday evening and night.

Snow ends just after midnight but blowing and drifting of snow continues into midday Tuesday.

Please check for forecast updates, as changes to the track are still possible but unlikely. Another winter storm is possible Wednesday evening into Friday morning. We'll sort out those details in the days ahead.