The heavy ice and snow brought down hundreds of trees and branches in Milwaukie. 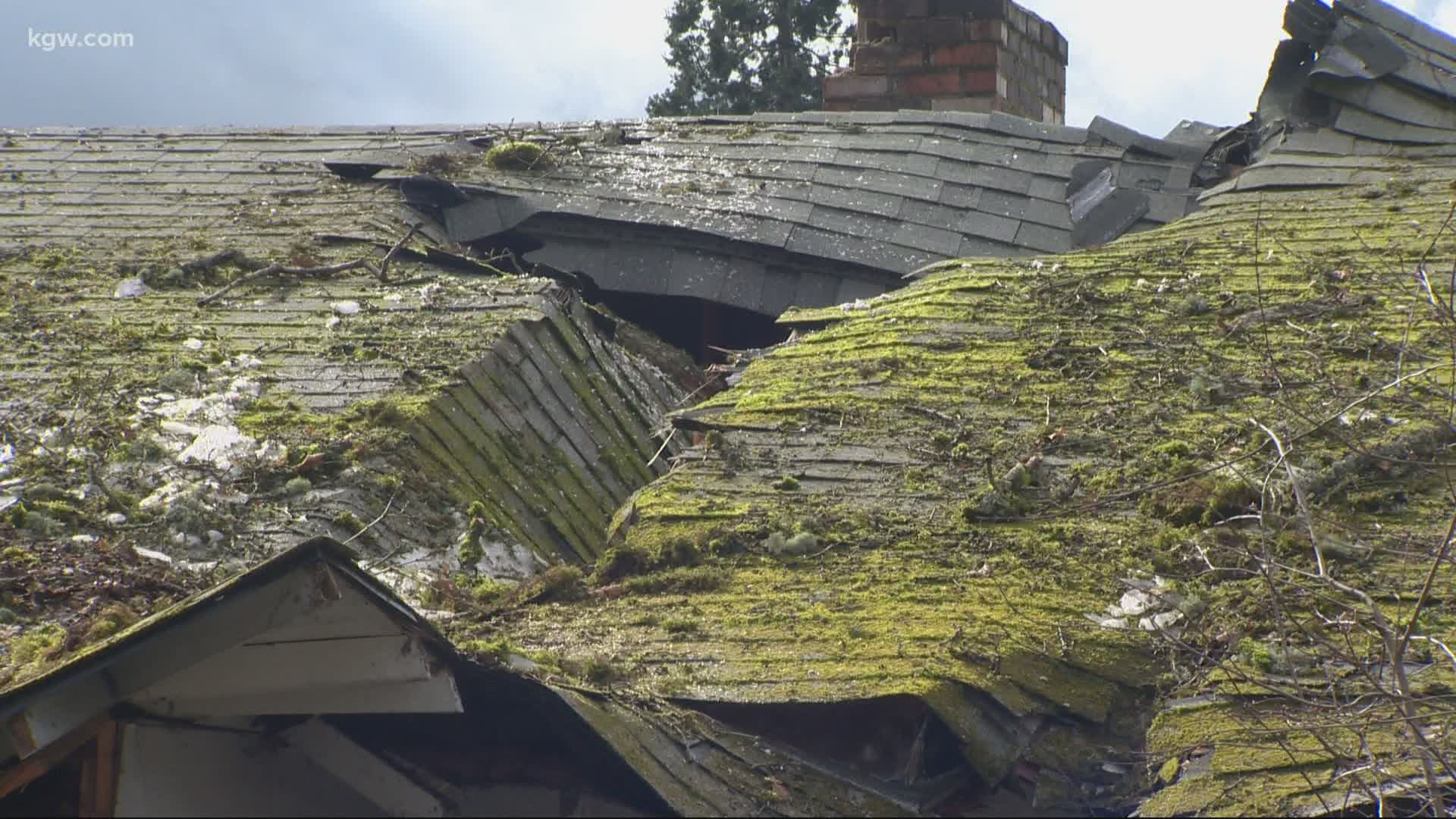 MILWAUKIE, Ore. — The sound of chainsaws filled in the silence of a quiet Milwaukie residential neighborhood on Tuesday.

Trees and branches fell on power lines, sheds, sidewalks and homes. Homeowners spent the day cleaning up a mess left in the wake of the weekend winter storm.

"Yesterday, it was just all the tree branches and everything down." homeowner Randy Bond said. "I just tried cleaning it up, and then the ice started falling out of the trees once the sun started coming out. I quit because it was too dangerous."

Tuesday he was dragging branches out of his own yard and his neighbors' yards and loading them into the back of a trailer. The amount of debris left outside his home was so bad, Bond said he had use a chainsaw to cut a path to his front door.

"This was quite devastating. It was a warzone, Friday and Saturday," Bond said. "It was really bad. Trees falling everywhere. People around the corner lost their cars, branches through windshields."

Along Oatfield Road, a tree cutting crew from Portland was busy cutting up a large oak tree that had fallen on a home.

"A limb came off, hit the house," said Christy Covington with Wind Thin Tree Service. "It caused the tree to spin, the roots. It's a root disease, so there were no deep roots."

Major cleanup happening in Milwaukie after ice tore down trees all over the city pic.twitter.com/IsgoShV5Q3

A relative of the homeowner there told KGW that the home saw serious damage inside and will most likely need to be rebuilt. Luckily everyone was able to get out of the home safely.

Covington said her crews have never been so busy.

"This is the most damage widespread throughout Portland, Milwaukie, Lake Oswego. We've been to West Linn, we've been all over the last three days."

She said now with all the ice melted off the trees, the real danger still lies above. Loose branches and broken limbs can be deadly.

"We call them widowmakers," she said. "A lot of trees are gonna need to be addressed, in terms of corrective pruning and getting out hazards."

Back at Randy Bond's house, he said he's got about three or four trees that will need to be taken care of, pointing out at least two in his front yard.

RELATED: 4 dead from carbon monoxide poisoning over the weekend in Clackamas County