Waves of snow will start hitting Indiana tonight when a Winter Storm Warning goes into effect. 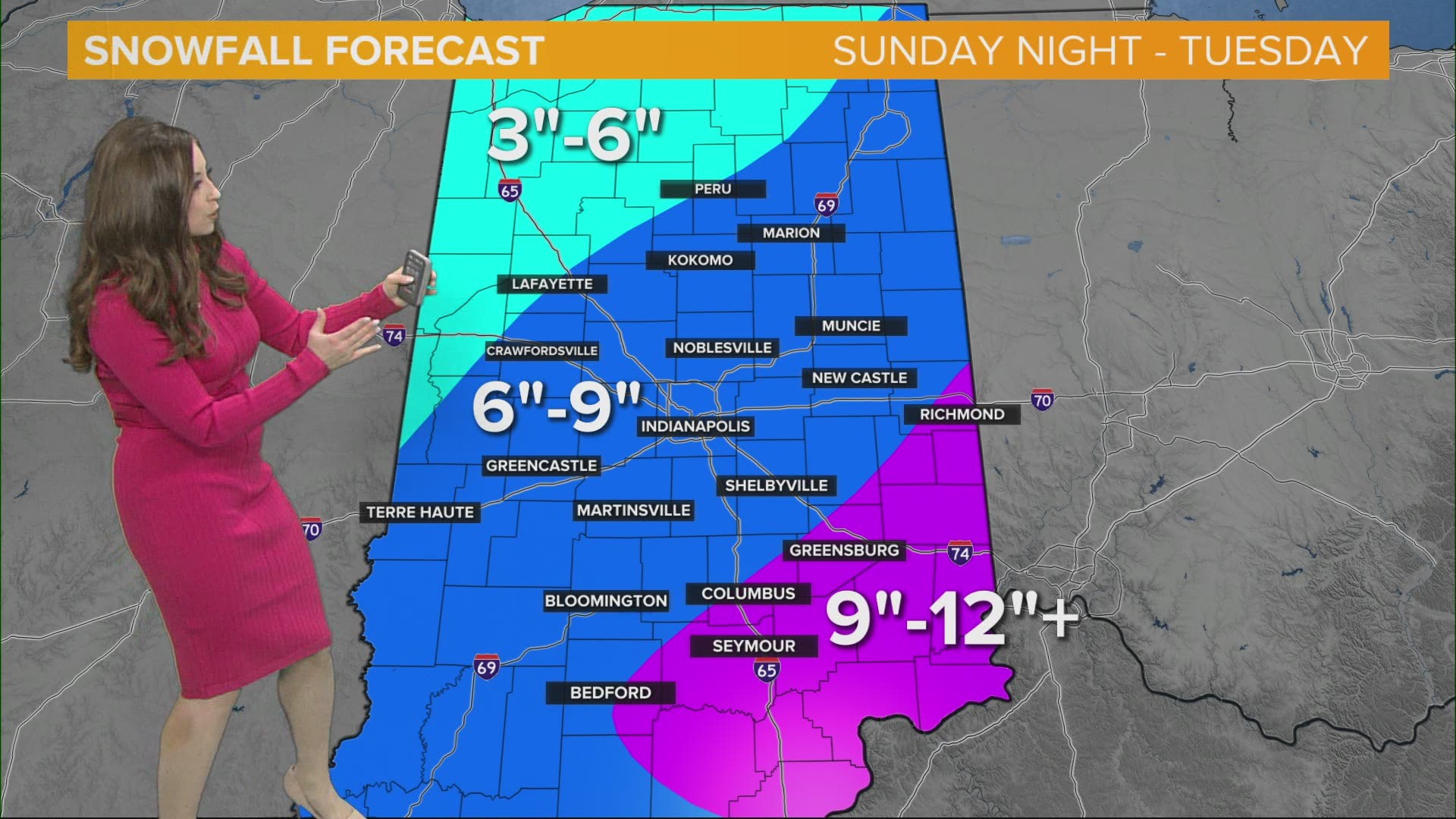 INDIANAPOLIS — A Winter Storm Warning will be in effect starting at 7 p.m. for the Indianapolis metro, surrounding counties, and areas south through 7 a.m. Tuesday. A Winter Weather Advisory will be in effect for areas north for the same time frame.

This snow storm will impact central Indiana in two waves. The first moves in late tonight, mainly after 10 p.m., lasting through 8 a.m. Monday. The first wave brings 1"-3" to the Indianapolis metro area overnight, making for a messy morning drive on Presidents Day.

After a brief lull, wave two arrives after 1 p.m., lasting through around midnight early Tuesday.

This will be the stronger of the two waves with an additional 4"-7" of accumulation possible.

Storm totals will range from 3"-6" to areas northwest of Indianapolis. Most of central Indiana will see a storm total of 6"-9" with the potential of isolated higher amounts.

New information continues to come in on this storm track, so make sure to check back for the latest forecast.