A precipitation-free March 1-9 has never occurred in Indy in the past 150 years. 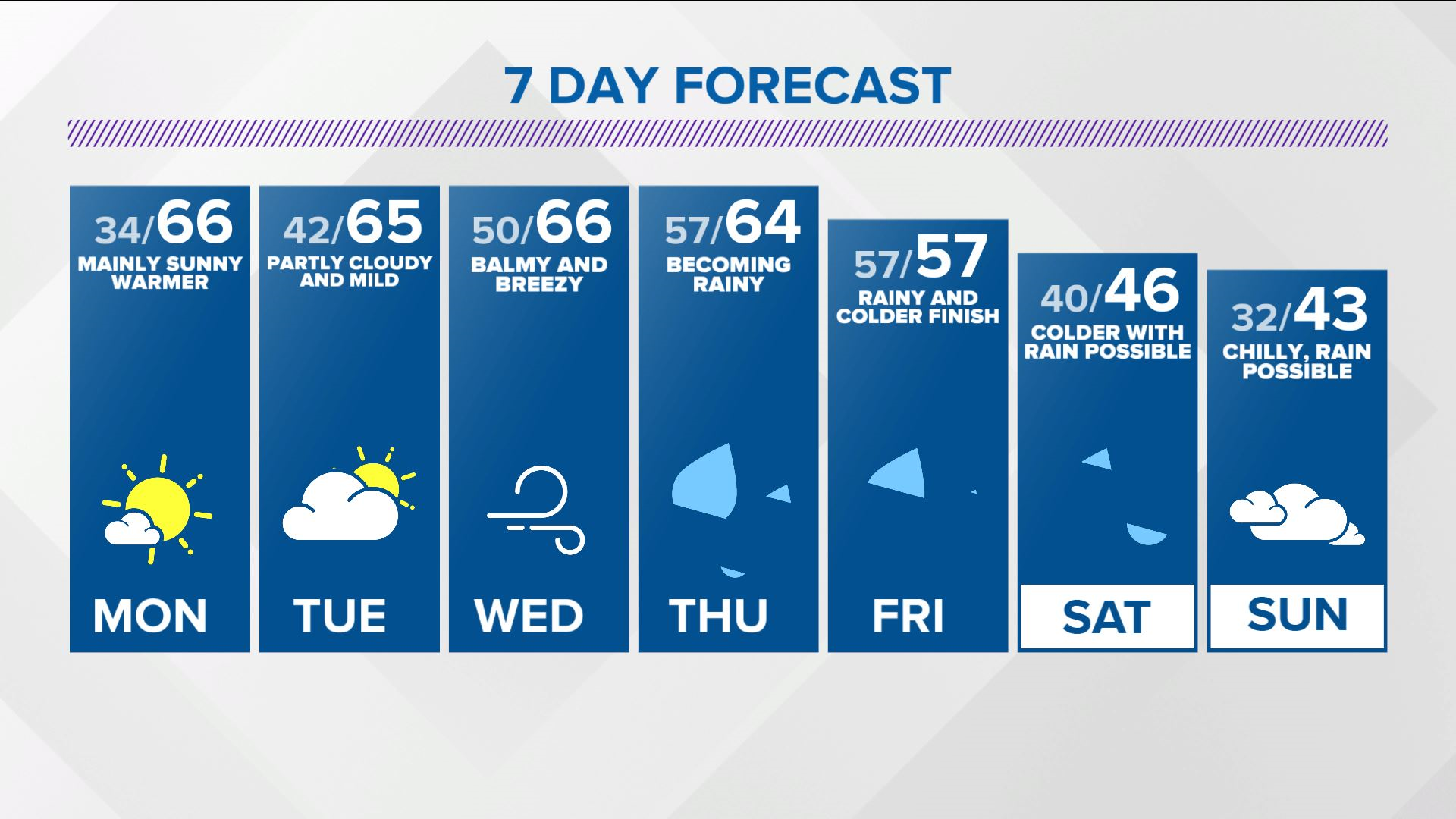 INDIANAPOLIS — For the first time since 2009, and only the second time since 1871, the first seven days of March featured no rainfall/precipitation in Indianapolis. We're forecasting another two days of dry weather and possibly three...with only spotty showers expected on Wednesday.

A precipitation-free March 1-9 has never occurred in Indy in the past 150 years. Thankfully our soils are plenty saturated due to a period of heavy snowfall and frequent rain in the middle/latter half of February.

But the airmass currently in place of dewpoints in teens/lower 20s is relatively dry, and combined with highs in the mid/upper 60s on Monday, which ups the fire risk threat in the state. Please limit any outdoor burning until further notice.

High temperatures flirt with 70° in the coming days as we'll reach a streak of mid/upper 60s the next four days.

Get whatever yard work needed done before Thursday...as all signs point toward a heavy rain event Thursday into next weekend. There will also be a transition to colder air too as a front drops south of the state Friday evening.