Some snowflakes, some drizzle in spots today but most snow falls tonight into tomorrow morning. The latest outlook on all this. #WTHRSunrise. pic.twitter.com/hsjubodL6b 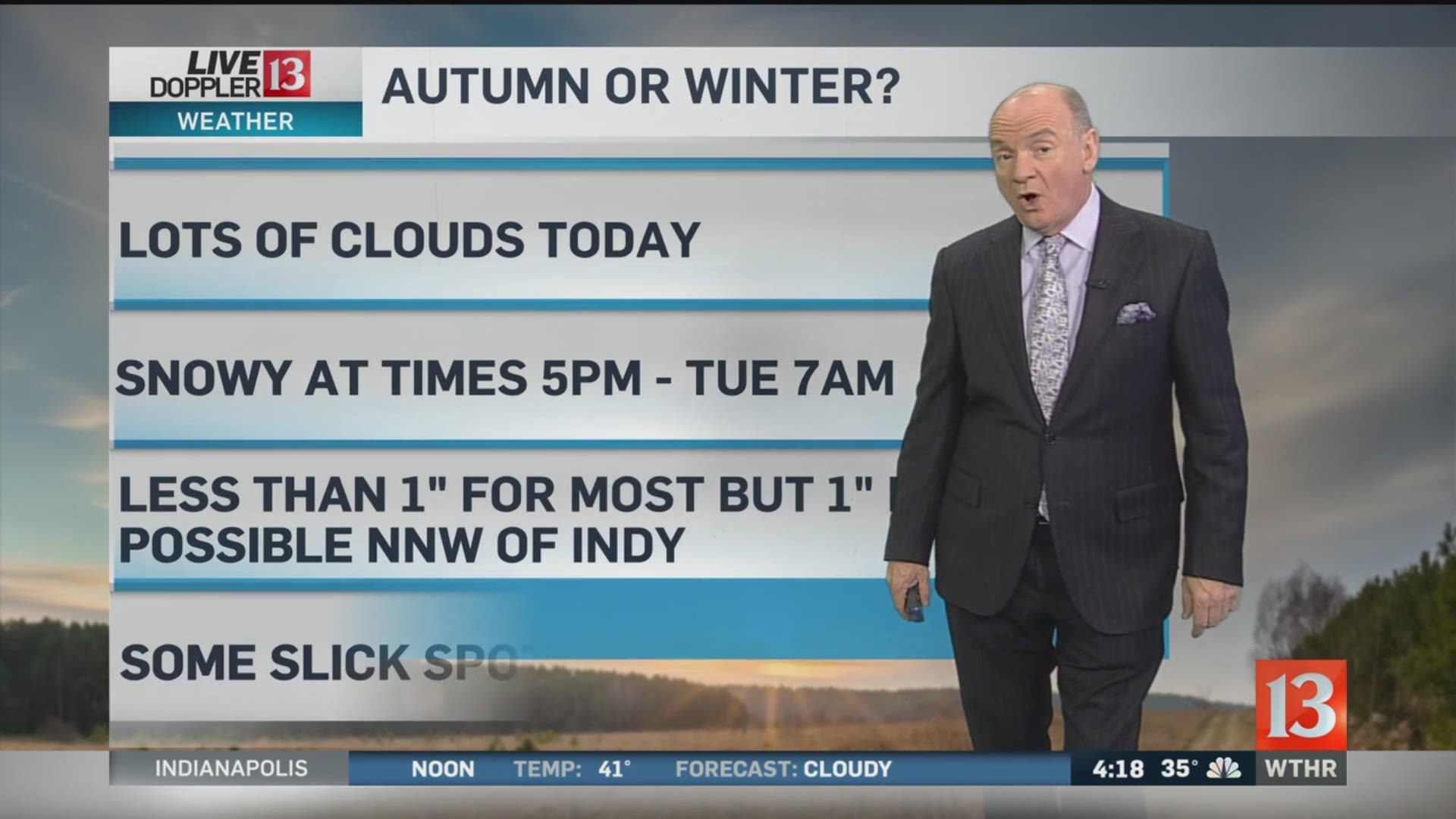 We have seen some snow showing up on Live Doppler 13 radar northwest of Indy this morning, but most of the day is just going to be cloudy and cold.

A quick-hitting system spreads snow into central Indiana Monday evening. Though it may initially mix with rain, much of what falls between Monday 7 p.m. and 5am Tuesday is frozen.

Accumulations around Indy should be less than one inch with lighter amounts south and 1"-2" potential along and north of a Crawfordsville-Noblesville-Muncie line. Temperatures eventually drop into the 20s Tuesday morning and it's possible some slick spots could develop on the roads, especially in northern Indiana where some lake effect snow showers may linger. It will look wintry, but overall this snow should not cause a lot of problems for us.

Some snowflakes, some drizzle in spots today but most snow falls tonight into tomorrow morning. The latest outlook on all this. #WTHRSunrise. pic.twitter.com/hsjubodL6b

Tuesday looks chilly with highs in the 30s and the rest of the week remains much colder than average. The latest forecast guidance suggests the potential of rain or snow showers Thursday.

Our updated 7 day outlook. Yes..there is snow now in NW Indiana but most of it arrives late today. This week ahead is VERY cold for this time of year. Hour by hour planning help on #WTHRSunrise. pic.twitter.com/D3Gnt45ZOi

On this day in central Indiana weather history - 2003:
Strong non-thunderstorm winds cause damage in Marion and Howard counties. Winds gust over 60 mph in Kokomo.