Temperatures this morning in Indy officially fell to 17°. That is the coldest November low since 1991! 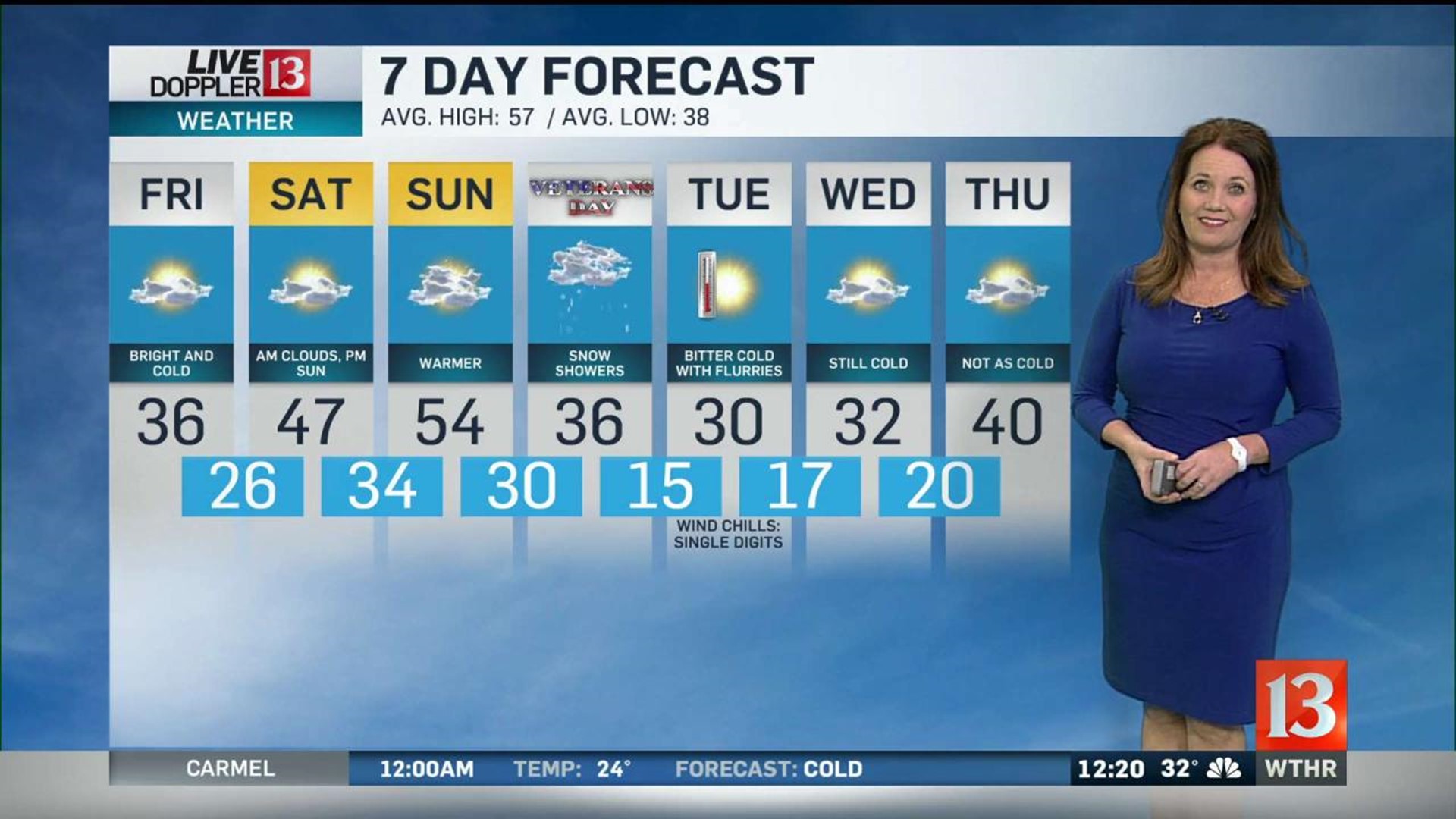 Temperatures this morning in Indy officially fell to 17°. That is the coldest November low since 1991!

It will be a bright but cold afternoon with highs only climbing into the mid 30s.

A few clouds will arrive later this evening. The air will be calm with temperatures falling into the mid 20s.

Saturday will be breezy with winds gusting out of the south around 20 to 25 mph. It will be mostly sunny and a bit warmer with highs in the upper 40s.

Sunday will be the warmest day in the week ahead. It will be partly sunny with temperatures getting back into the mid 40s, still running below normal for this time of year.

A strong system will arrive on Monday, Veterans. It will allow the coldest air of the season to move in, bringing scattered snow showers from morning into the early evening. Snow could mix with some rain at times with light snow accumulations possible.

The skies will clear back out by Monday evening and temperatures will tumble into the mid teens! Wind chill values will be in the single digits on Tuesday with a few flurries possible and highs struggling to climb to near 30°.

Wednesday will still be cold with lows in the upper teens and highs in the low 30s.

It will be slightly warmer by Thursday but still more than ten degrees below normal with highs near 40°.