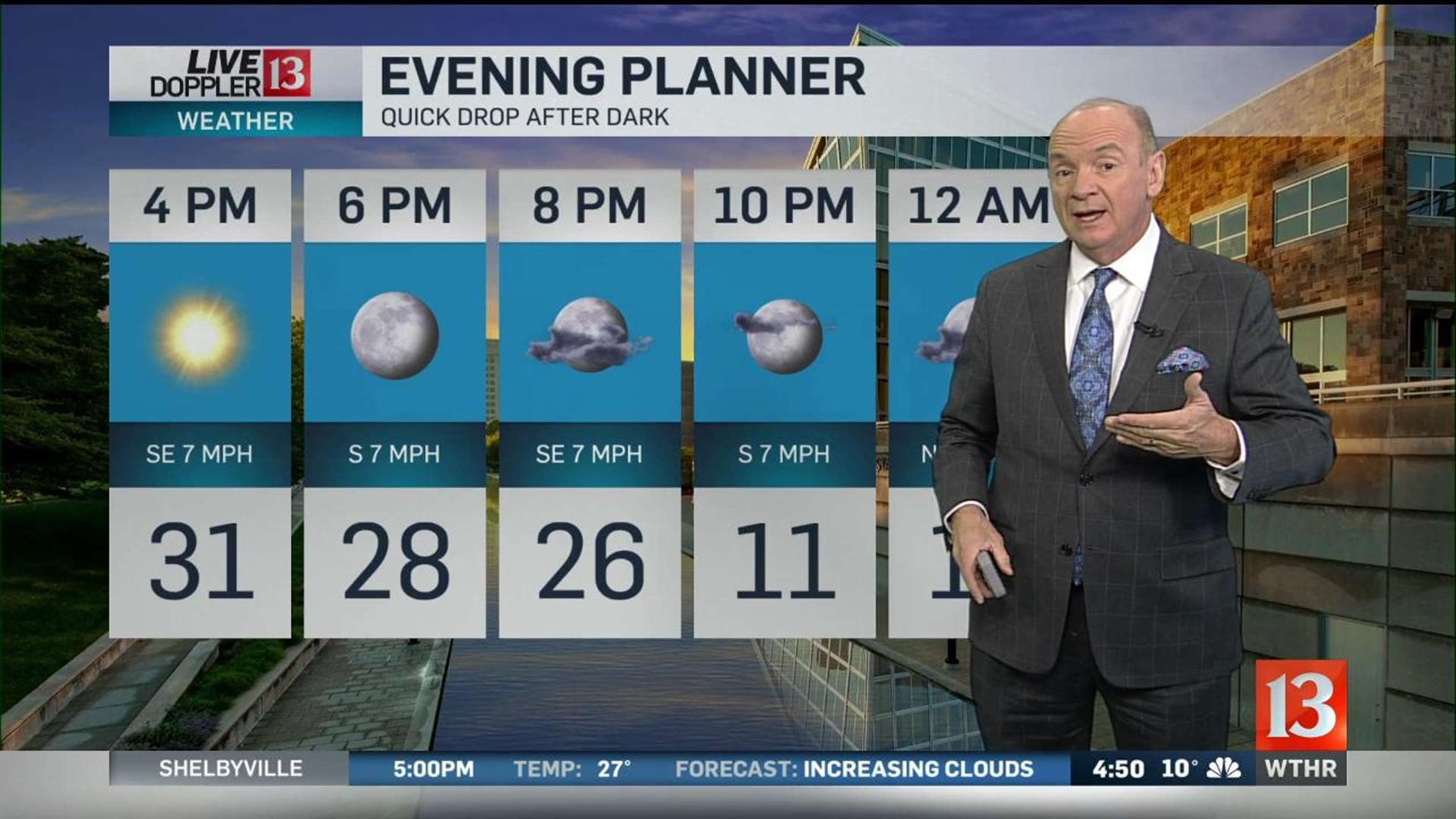 Wednesday morning featured another daily record cold temperature when the low hit 9° in Indianapolis. This is the 3rd temperature record in the past two days from the combination of an anomalously air mass over fresh snow.

It also appears to be the coldest will be over the next 10 days with gradual warming into the weekend... though it should be noted that at this time temperatures overall will remain below average.

With that said, you can feel a bit of a difference Wednesday afternoon as temperatures crept into the upper 20s. Cloud cover serves as a blanket overnight to keep lows in the mid-20s and much "warmer" than the past two nights.

We continue to mention the possibility of flurries and/or light snow overnight into Thursday as a decent upper disturbance moves across the region.

Highs Thursday should finally get above freezing... but not by much and still be 15°-20° below average. But it's baby-steps in a warmer direction.

Friday begins mainly sunny before a low deck spreads in from the north-northeast during the afternoon and evening. Seasonably cool temperatures this weekend with lows in the 20s and highs near 40°...but with dry conditions.

High temperature creep toward 50° next week and will feel much warmer considering how cold we've been.