A developing weather system will approach the area early Sunday. 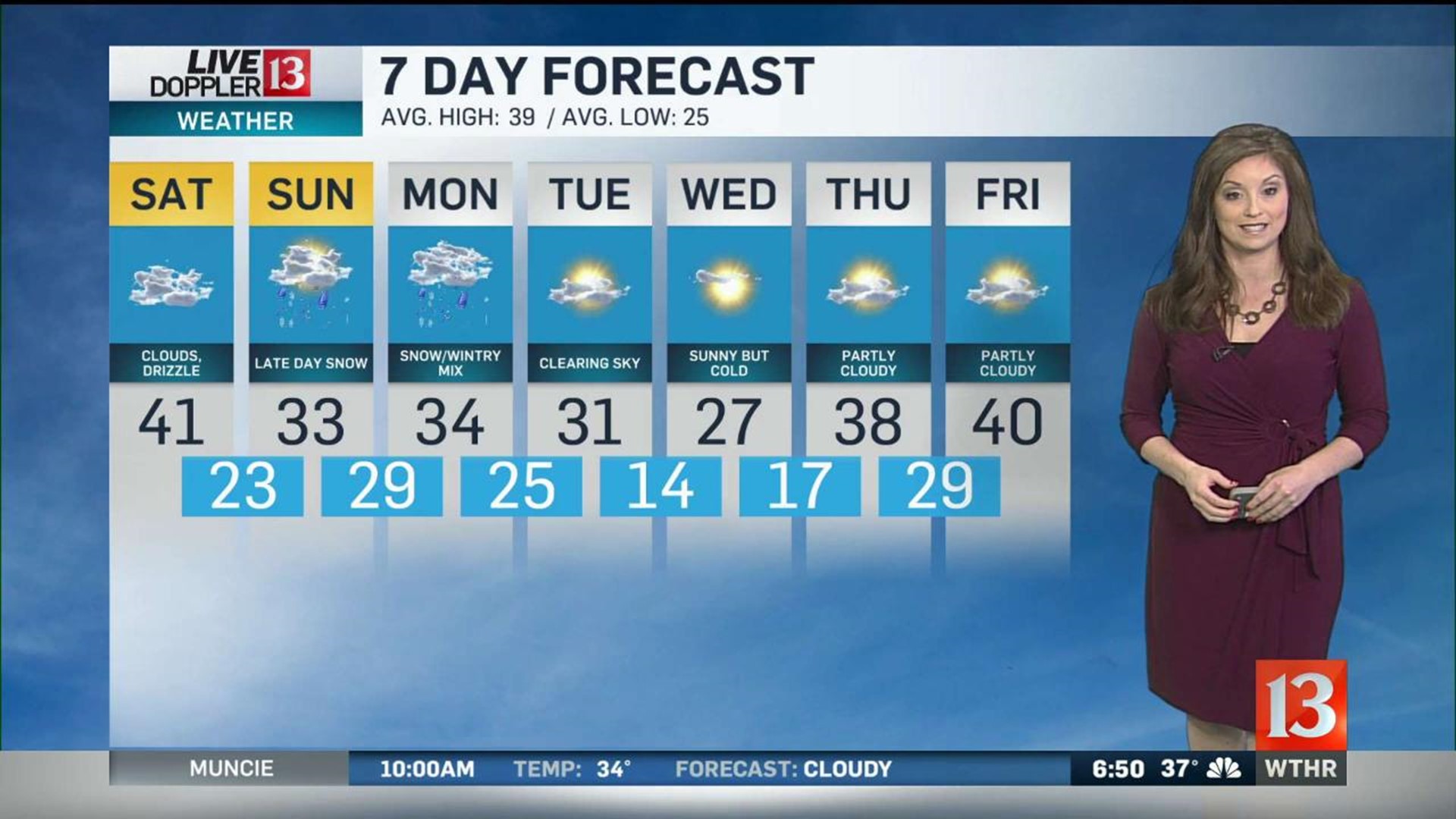 Skies will be mainly cloudy with areas of drizzle possible this afternoon. Seasonally cool daytime highs top out in the lower 40s. A few flurries can't be ruled out this evening as temperatures begin to fall into the 30s.

We have a dry overnight ahead with a mostly to partly cloudy sky but colder, as lows drop into the lower 20s.

Our next weather system will bring accumulating snow to central Indiana starting Sunday afternoon. It'll be a dry start to the day with a little sunshine even.

Temperatures rebound into the lower 30s in the afternoon as snow showers approach, mainly after 3 p.m. Snow will become more widespread into the evening hours lasting into the overnight.

Snow mixes with freezing rain for areas south, where it will be a few degrees warmer. Plan ahead for the Monday morning commute as untreated surfaces will be slippery. Temperatures Monday afternoon recover to the mid 30s allowing for more of a wintry mix of rain and snow versus all snow.

Snowfall potential for most of central Indiana will be in the 2"-4" range. With rain mixing in mainly south, this will cut down on the overall snow forecast with up to 2" possible in the southern tier of the state plus light accumulations.

This system will exit central Indiana by early Tuesday with a gradually clearing sky and highs in the lower 30s.

Sunshine is back for Wednesday but it remains cold with highs in the upper 20s. - Lindsey Monroe