It was one of the largest earthquakes in North Carolina on record. Alleghany County has been placed under a State of Emergency in response. 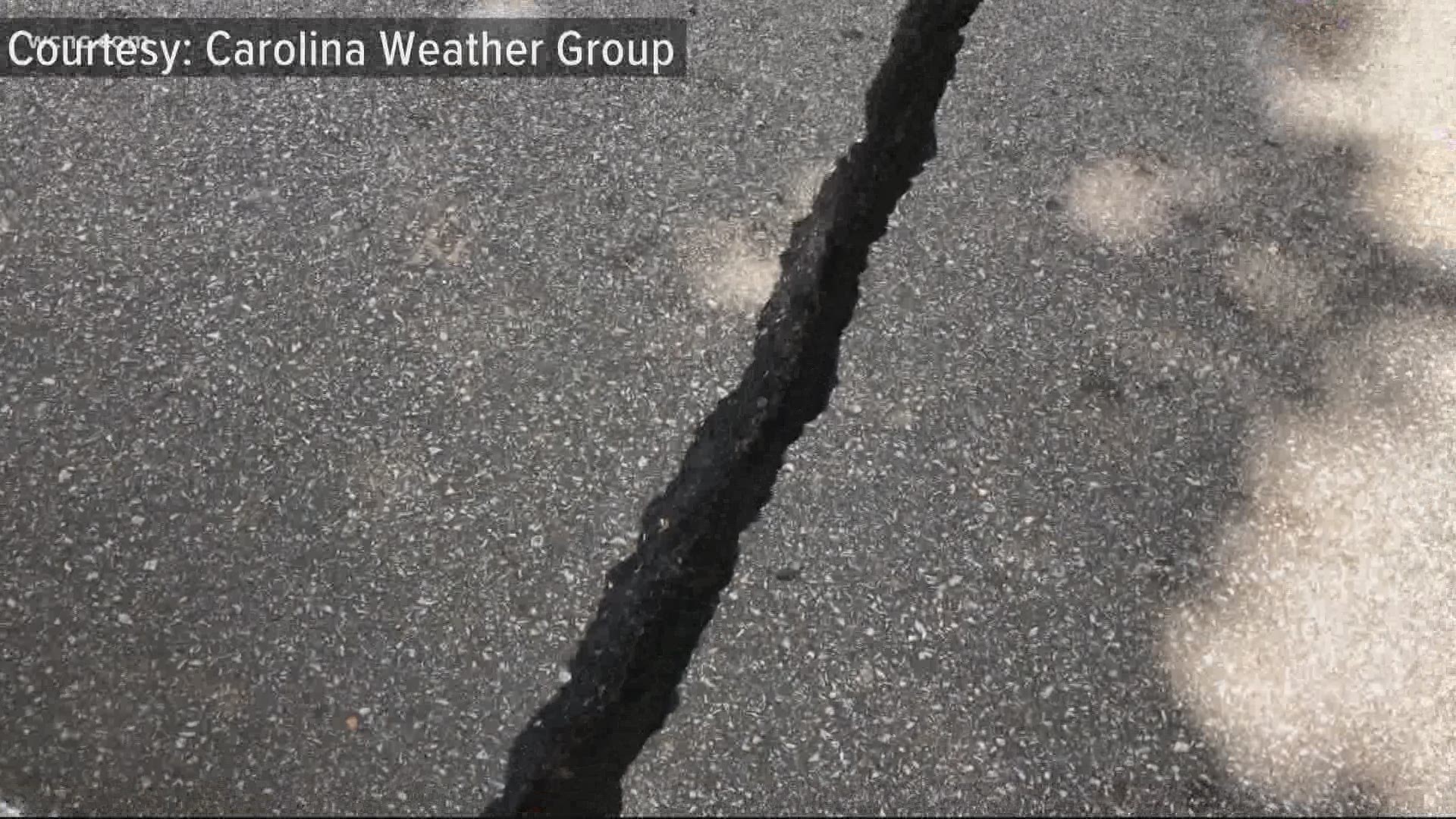 According to Chief Meteorologist Brad Panovich, a 5.1 magnitude earthquake was reported near Sparta, North Carolina Sunday morning at around 8 a.m.

Sunday's tremor was the location of Saturday's 2.3 magnitude earthquake.

There were no immediate reports of injuries, though many people in Sparta shared photos and videos of minor damage caused by the earthquake.

The U.S. Geological Service said the quake’s epicenter was about 2.5 miles (four kilometers) southeast of Sparta.

Panovich said this would be the biggest quake in North Carolina since the 5.1 magnitude quake in 1916 near Asheville. Some reports place it as the third-largest North Carolina earthquake on record.

Panovich said Saturday's 2.6 magnitude, in the same location, was a foreshock.

Hours after the earthquake, two aftershocks were reported with one registering at 1.8 magnitude and another 1.7 magnitude.

"I would expect many small aftershocks over the next few days," Panovich said.

"My pictures and everything on the floor and all of the broken glass, immediately it just triggers emotions, those are your memories so I started crying,” Swenk said.

She said the shaking was so intense she wasn’t sure if she would survive, she’s thankful her kids were out of town.

"If I was going to see them again, I'm glad I lived through it and I've gotten to speak to them and know mommy’s okay and I think that's what's most important,” Swenk said.

The earthquake was felt by many in the Charlotte area as well. Phil Brooks, a Charlotte resident, said he felt his bed shaking — saying he was "pretty traumatized" by the event.

Endora Crawford, another Charlotte resident, looked at it a little differently.

"It's been that kind of year," Crawford said. "Anything that happens is not a surprise."

Contributing information from the Associated Press.

My house just shook! Did we have an earthquakes

Anyone else feel it?! pic.twitter.com/SSmC1aObxK

**EARTHQUAKE** Yes folks, according to the @USGS at 0807 am there was a 5.1 magnitude earthquake centered near Sparta NC which is just west of I-77 near Va State line. No local reports of damage or injuries. Good Morning Harrisburg!

Yes!!! OMG!!! We experienced an earthquake in Charlotte, NC this morning!!! Our whole house shook!!! We are okay. There is no damage that we can detect!!!

This was a historic earthquake. Looks like the 3rd strongest in NC history. Others like this was a 5.5 magnitude quake around Asheville in 1916 and a 5.2 in Mitchell County in 1926. The last earthquake to cause any damage in NC was the Henderson County earthquake back in 1981. pic.twitter.com/Ngp5fIEVqD