The company Vaisala, which compiles comprehensive lightning data among other meteorological statistics, released its 2020 lightning report this week. 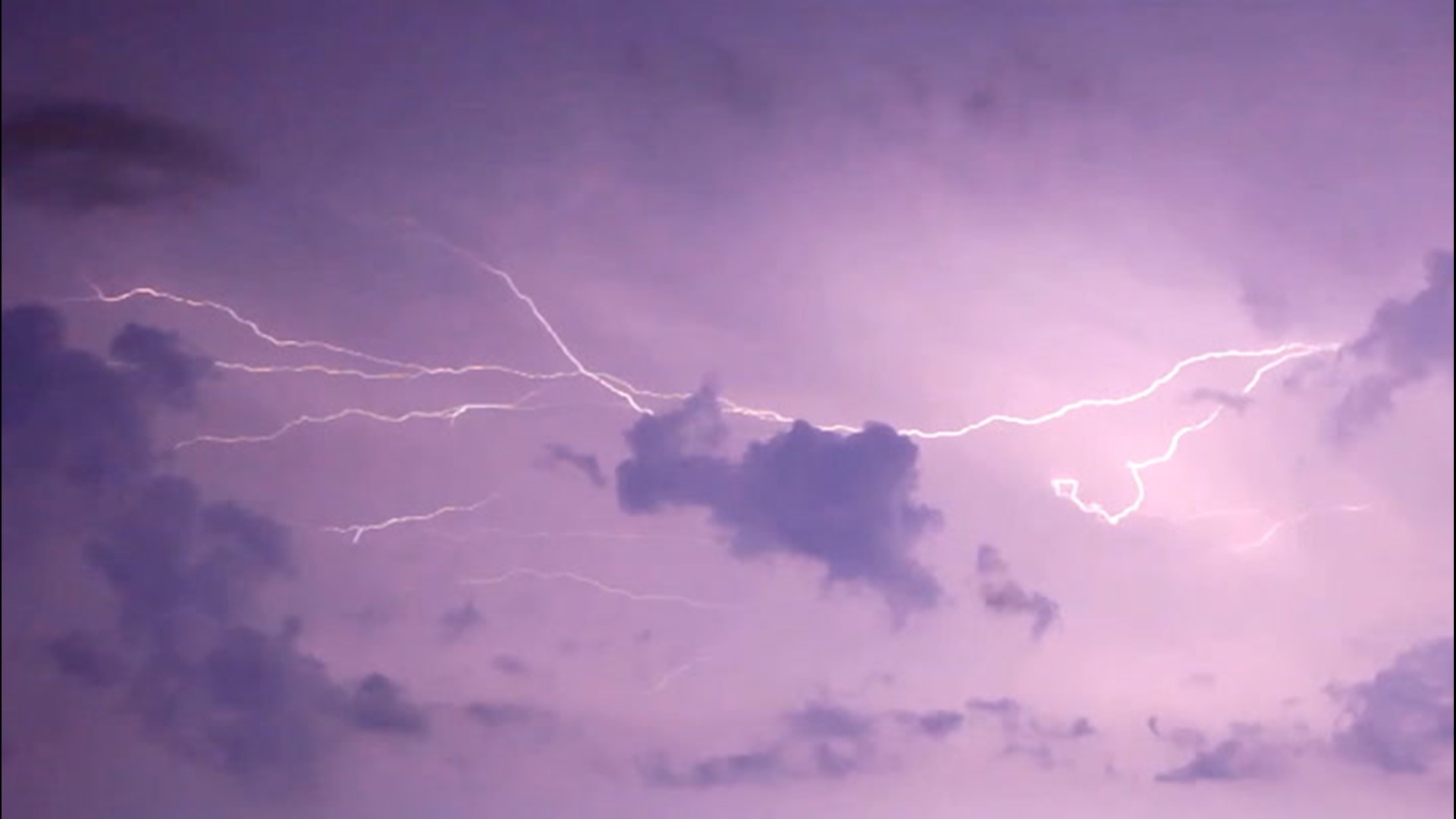 From hurricanes to wildfires, 2020 was a year for extreme weather events, but there was a dramatic drop in the frequency of one of the most dangerous weather phenomena.

The company Vaisala, which compiles comprehensive lightning data among other meteorological statistics, released its 2020 annual lightning report on Jan. 5, comparing the sheer number of lightning events across the United States compared to years prior.

"Vaisala has identified the most significant year-over-year decrease in lightning activity across the US since 1989," the company said.

This lightning drought was due to fewer-than-normal thunderstorms across several regions of the country that ultimately led to 17 fatalities, the second-lowest lightning-related death toll of any year over the past decade, according to the National Weather Service.

"I was a little surprised when I heard that, but then when I began to think about things, there are a few factors that led to a decrease that do jump into mind," AccuWeather Broadcast Meteorologist Geoff Cornish said.

"Typically, we do see a lot of lightning strikes in the mountains of Colorado, northern New Mexico, into the high ground of northern Arizona and into parts of Utah as well during the mid- to late summer," Cornish said.

Las Vegas was bone-dry during the monsoon season with McCarran Airport not receiving any measurable rainfall, setting a record for the longest stretch of rain-free days in the city.

"So because of fewer-than-normal thunderstorms out there, the lightning count was way, way down in the desert Southwest," Cornish said.

According to AccuWeather Senior Meteorologist Bob Smerbeck, the significant drop in the number of thunderstorms and associated lightning strikes was caused by a persistent weather pattern.

"On average, an area of high pressure aloft develops over the southern Rockies and clockwise flow around that high helps to pump deep tropical moisture to the north into the Southwest," Smerbeck explained. "This year, high pressure aloft set up farther west over the Great Basin, and this blocked the rich tropical moisture from getting farther north."

California also experienced about half of its typical number of annual lightning strikes in 2020, but a bulk of the bolts were detected during a four-day "lightning siege" as complexes of thunderstorms blitzed the state between Aug. 15 and Aug. 18.

Cornish was also initially shocked at the lightning reports across the southeastern U.S., typically one of the stormiest areas of the country. "Much of the Southeast was much wetter than normal [in 2020]," he said. "In fact, there are some communities that had over 100 inches of rain."

However, daily summertime thunderstorms were not the source of the staggering rainfall totals across the region.

Additionally, high pressure frequently set up over the central U.S. during the spring and summer months, putting a cap on the number of thunderstorms during what is typically the height of severe weather season.

In May and June alone, there was 32% less lightning across the country when compared to the previous five years, Vaisala reported.

Despite the U.S. as a whole having fewer lightning strikes in 2020 than 2019, there were a few exceptions to the national average.

Michigan had one of its most active years on record with more than 2.3 million lightning bolts detected with several severe weather events unfolding throughout the year. According to NOAA's Storm Prediction Center, there were 389 severe weather reports in Michigan during 2020, notably more than in 2019, 2018, 2017 or 2016.

Alaska also jumped up the list of the total lightning strikes per state, finishing the year 35th with 415,231 lightning events, more than New Jersey or California.

However, Florida remained at the top of the list averaging more lightning bolts per square mile than any other state, staying true to its nickname of the lightning capital of the U.S.