Heavy snow helped tie and break records in parts of the Northeast. 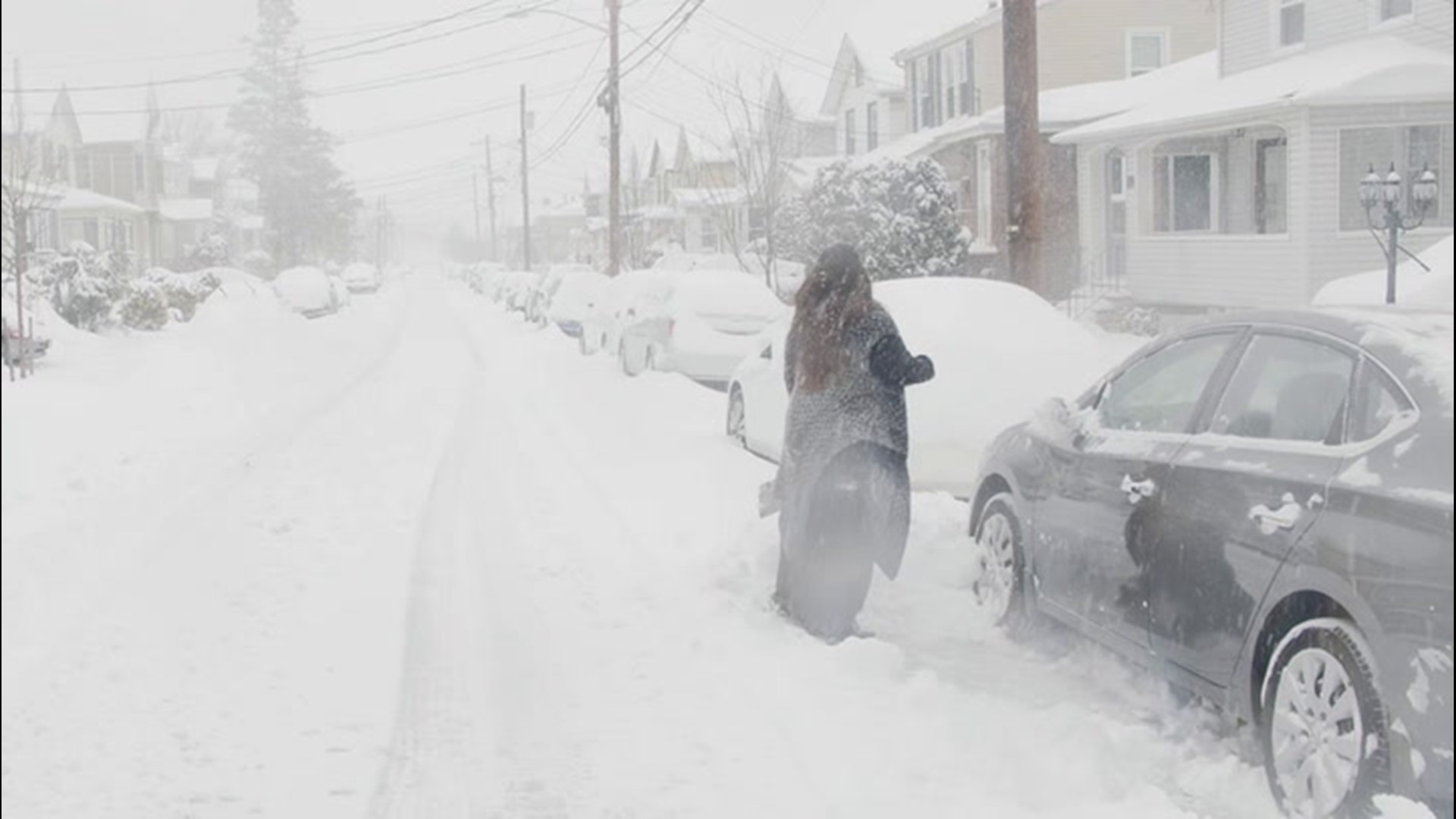 Snowflakes and winter wonderland scenes were seen by millions along a 1,100-mile swath from Nashville to Boston at the start of the week. The heavy snow Sunday into Monday night helped tie and break daily records from decades ago in parts of the Northeast.

As the biggest winter storm of the season marched east across the United States toward the Northeast, grocery store lines began to grow longer by the minute, overflowing into the aisles as people tried to prepare for what was to come.

Those items are most likely coming in handy for those who prepared as the winter storm continues to unpack feet of snow, ice and dangerous travel.

The heaviest snow ramped up on Monday with snowfall rates of 2 to 3 inches per hour from eastern Pennsylvania into southern New England.

Snowfall totals quickly surpassed 2 feet in northern New Jersey and portions of eastern Pennsylvania. Since the first snowflakes started to fall, Mendham, New Jersey, has remained at the top for snowfall reports, with 30 inches of snow since Saturday.

Allentown, Pennsylvania, recorded a whopping 22.4 inches of snow on Monday, which shattered the daily record of 7.2 inches set in 1957.

One day into the month, and it's already the snowiest February in Central Park since 2014. This is also the 16th biggest snowstorm on record for Central Park with 16.3 inches -- and snow will continue to pile up in the Big Apple into Tuesday night. One six-hour period accounted for nearly half of this total when 8 inches fell, clogging roads and slowing travel to nearly a halt.

Multiple residents of New York City took to Twitter asking "Hey dude, where's my car" as cars were almost completely buried with some of the side and a side mirror visible from the street.

AccuWeather National News Reporter Kim Leoffler took to the snow-covered streets to talk to residents about the massive snowfall.

"Right now since everything is virtual I don't have to get the kids to school in the morning or anything so it's not so bad," Espinosa explained. 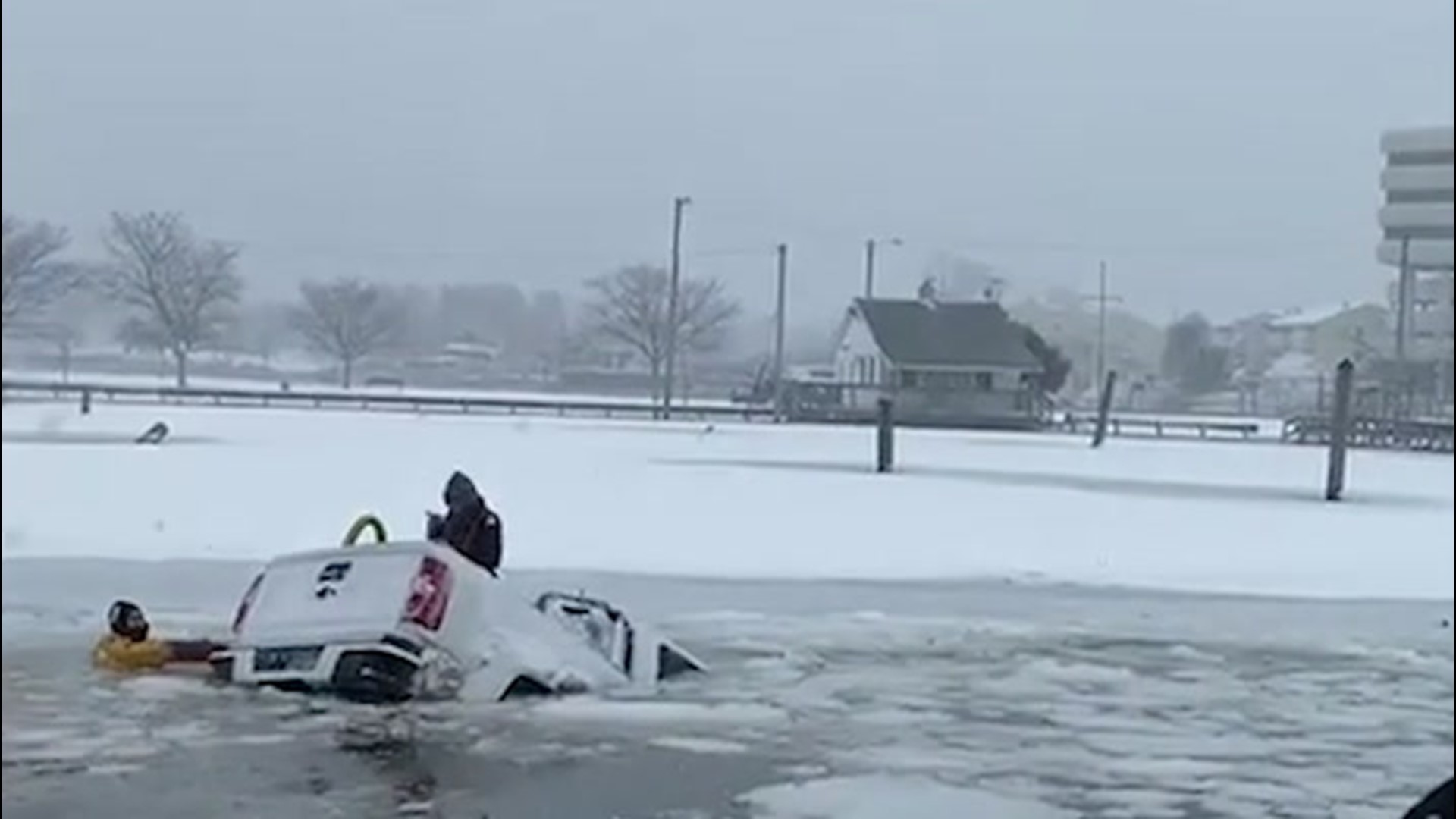 The borough of Manhattan encountered intense snowfall rates throughout Monday morning, as a look at the Times Square EarthCam showed.

"NYC streets and sidewalks [were] covered with snow in many places -- something you only see with the heaviest snowfall rates," AccuWeather Meteorologist and senior weather editor Jesse Ferrell pointed out. He added, "Although, the lack of vehicular and foot traffic due to COVID [was] likely" contributing to the snow cover.

Ahead of the first flakes in New York City, the school district announced all buildings were going to be closed on Monday, therefore classes would be held remotely. After-school programs, adult education, food distribution sites and other programs were canceled as well.

Quite a wise decision the district made considering the Big Apple had its snowiest day in more than five years on Monday.

Today is the snowiest day in Central Park since January 23, 2016 when 26.6 inches fell! I’ll have the latest live update from snowy NYC at 4pm EST on @accuweather #SnowDay #SnowStorm2021 #nywx pic.twitter.com/OjCEOpJ7il

The snowstorm was far from this magnitude in the nation's capital, but there was still enough powder for the Washington, D.C., Snowball Fight Association to hold its first snowball fight in over two years. A little over 2 inches fell in the area on Sunday.

Washington, D.C., also took the classroom to the computer for virtual schooling from home after Mayor Murial Bowser predicted that the impacts of the storm would still be felt on Monday.

Schooling wasn't the only thing the nor'easter decided to impact. Vaccination appointments and COVID-19 testing sites in cities across the Northeast were put on hold while the storm snarled travel.

Vaccination appointments scheduled for Monday in New York City were postponed to a later date in the week. New York City Mayor Bill de Blasio said in a news conference that he did not want older residents traveling to vaccination appointments amid the severe weather, The New York Times reported. New York State issued various bans and restrictions to travel to further deter others from hitting the slippery roads.

New Jersey Gov. Phil Murphy announced that the six vaccine mega-sites across the state will also remain closed on Tuesday.

People in Washington, D.C., were left to wait an extra day to see if they were infected with the virus due to coronavirus testing sites shutting down on Monday.

Meanwhile, New Jersey Gov. Phil Murphy declared a statewide state of emergency that began on Sunday night. In addition, all New Jersey transit buses, railways aside from the Atlantic City Rail Line, light rail and Access Link Service were suspended for the entire service day on Monday "due to the significant expected impacts of the snowstorm."

Those who were able to find their cars and dig them out faced treacherous driving conditions all across the Northeast. The New Jersey State Police (NJSP) responded to more than 580 motor vehicle crashes and aided 839 motorists.

Newark Liberty International Airport in New Jersey has the second-highest number of cancellations for Monday at 165, equating to 70% of all flights departing from the airport.

Numerous cities in the Northeast also issued a Code Blue, meaning they will patrol the streets in larger numbers to encourage anyone facing homelessness to come indoors during the storm.