Even with gas costing more than a dollar per gallon above the pump prices at this time last year, 90% of people still plan to travel by car, according to AAA. 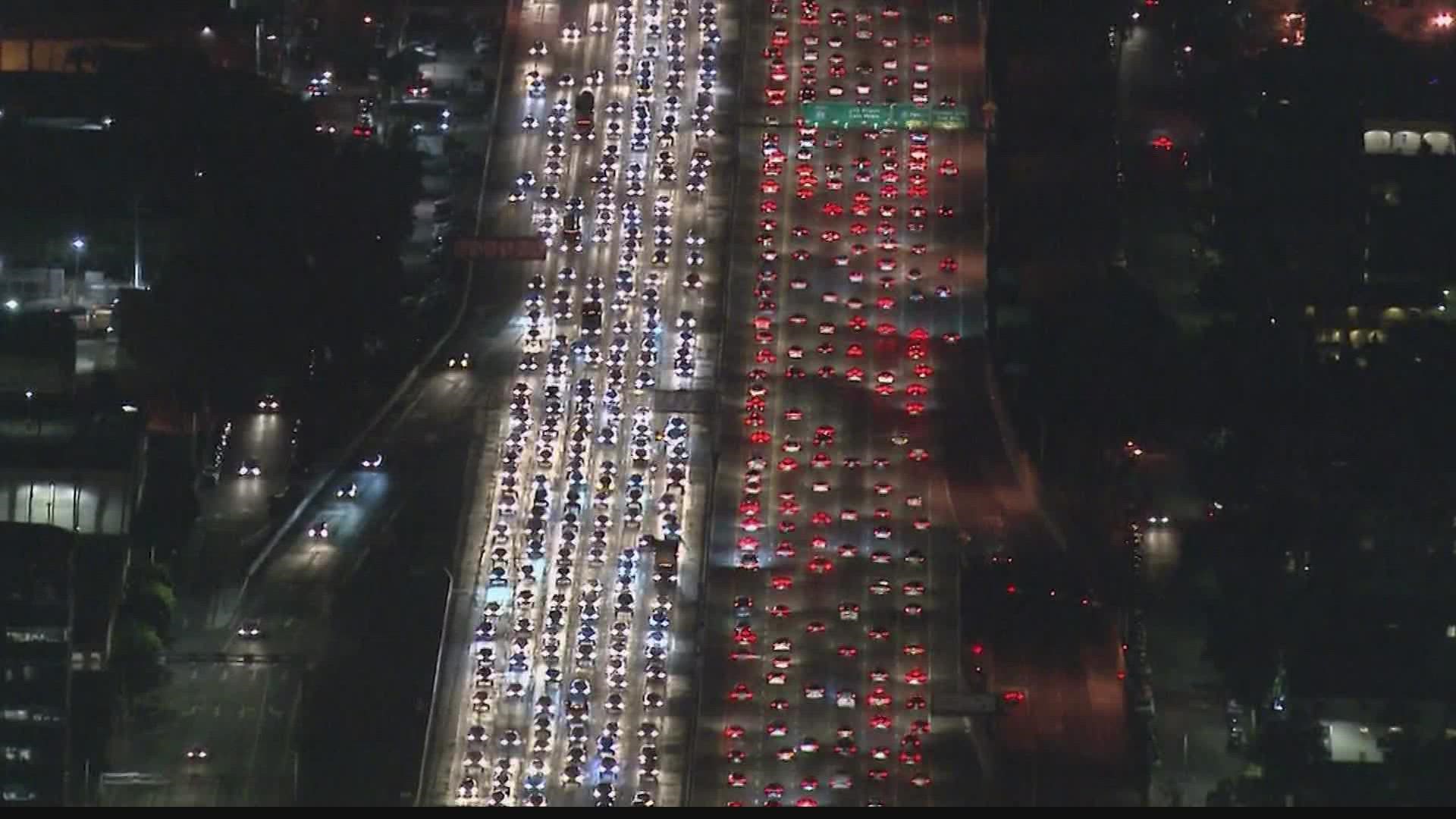 Travel volume is expected to increase 13% over last year and come close to the pre-pandemic levels of 2019. AAA predicts 53.4 million people will travel for the Thanksgiving holiday this week, which would represent 95% of the number of travelers two years ago.

Air travel will almost completely recover from its low levels during the pandemic and is expected to increase 80% over last year.

“This Thanksgiving, travel will look a lot different than last year,” said Paula Twidale, senior vice president of AAA Travel, who lists open borders and relaxed health protocols as the main reasons for the expected uptick.

Even with gas costing more than a dollar per gallon above the pump prices at this time last year, 90% of people still plan to travel by car, according to AAA.

The good news for all those drivers is that gas prices have started to drop in the Midwest and around the country, in general, over the past week.

GasBuddy price reports listed the cheapest gas in Indianapolis at $2.96 per gallon Monday while the most expensive was $3.59 per gallon. Benchmark prices around the state of Indiana and across the country were slightly higher.

Hoosiers have not paid this much for a gallon of gas on Thanksgiving week since 2012 and 2013.

The price drop of the last week is expected to continue. "With oil prices plunging nearly $10 from the recent peak of $85 per barrel, motorists will start to see gas prices decline nationwide, just in time for Thanksgiving, and the decline could stretch for several weeks," said Patrick De Haan, head of petroleum analysis for GasBuddy.

Generally, drivers leaving Indianapolis will find more congestion and higher gas prices as they head north, where Chicago is expected to be the third-most congested city for drivers in the U.S. on Wednesday, behind Atlanta and Boston.

Travel tracker INRIX projects a 329% increase in cars on the road in Chicago this week compared to a normal Wednesday.

“Thanksgiving is one of the busiest holidays for road trips and this year will be no different even during the pandemic,” says Bob Pishue, a transportation analyst for INRIX. “Drivers around major metros must be prepared for significant delays, especially Wednesday afternoon. Knowing when and where congestion will build can help drivers avoid the stress of sitting in traffic.”

INRIX projects congestion to decrease after 9 p.m. Wednesday night but pick up again around noon Thursday.

If you are looking to rent a car, expect to pay more than last year if you can even find a rental available.

AAA says daily car rental rates have increased 4% compared to last Thanksgiving - at $98. Consumers have seen higher costs and limited availability of rental cars in some markets as far back as spring break this year due to the semi-conductor chip shortage impacting car manufacturers. 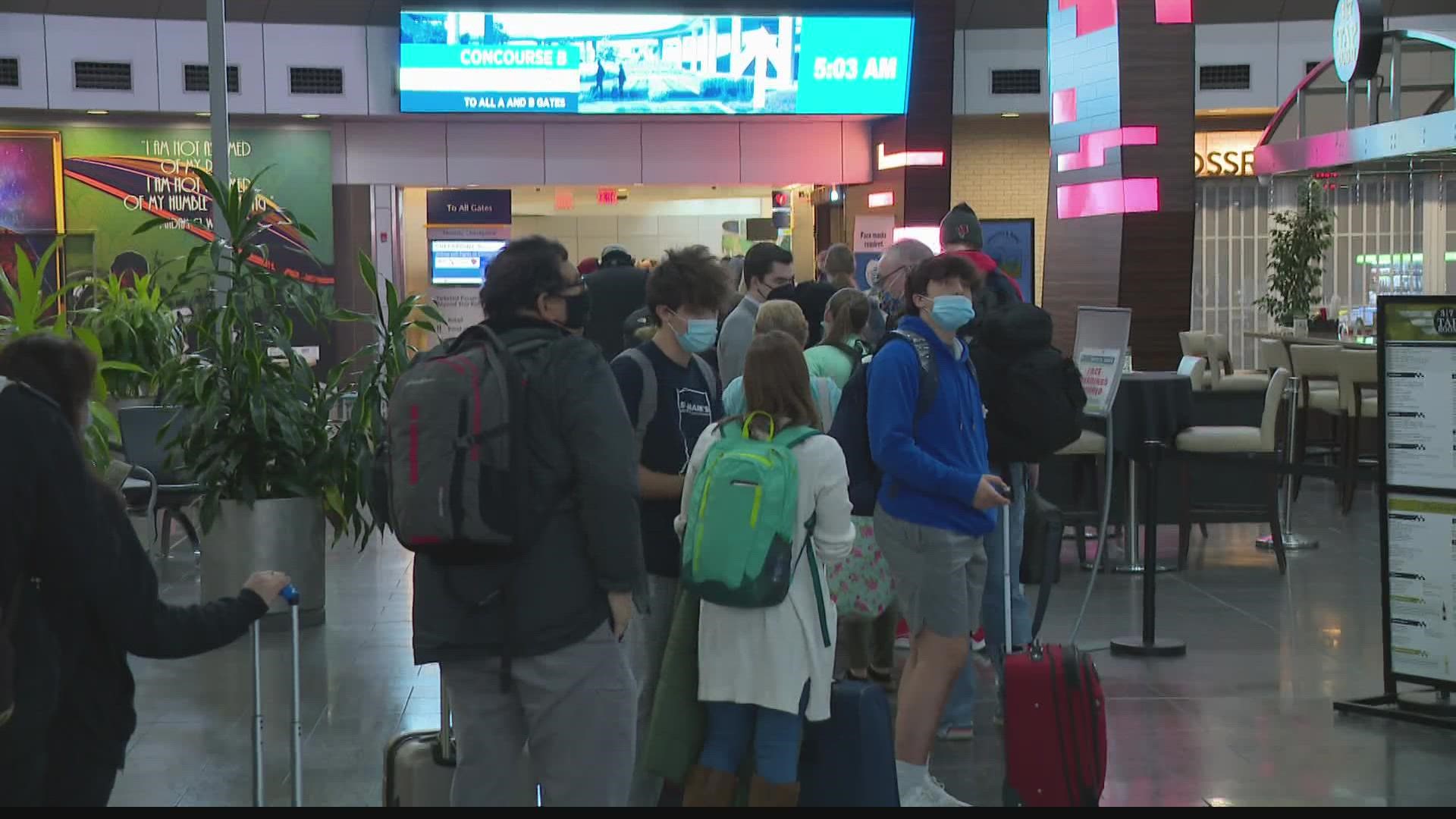