CEO Michael Bayley says the delay is "out of an abundance of caution." 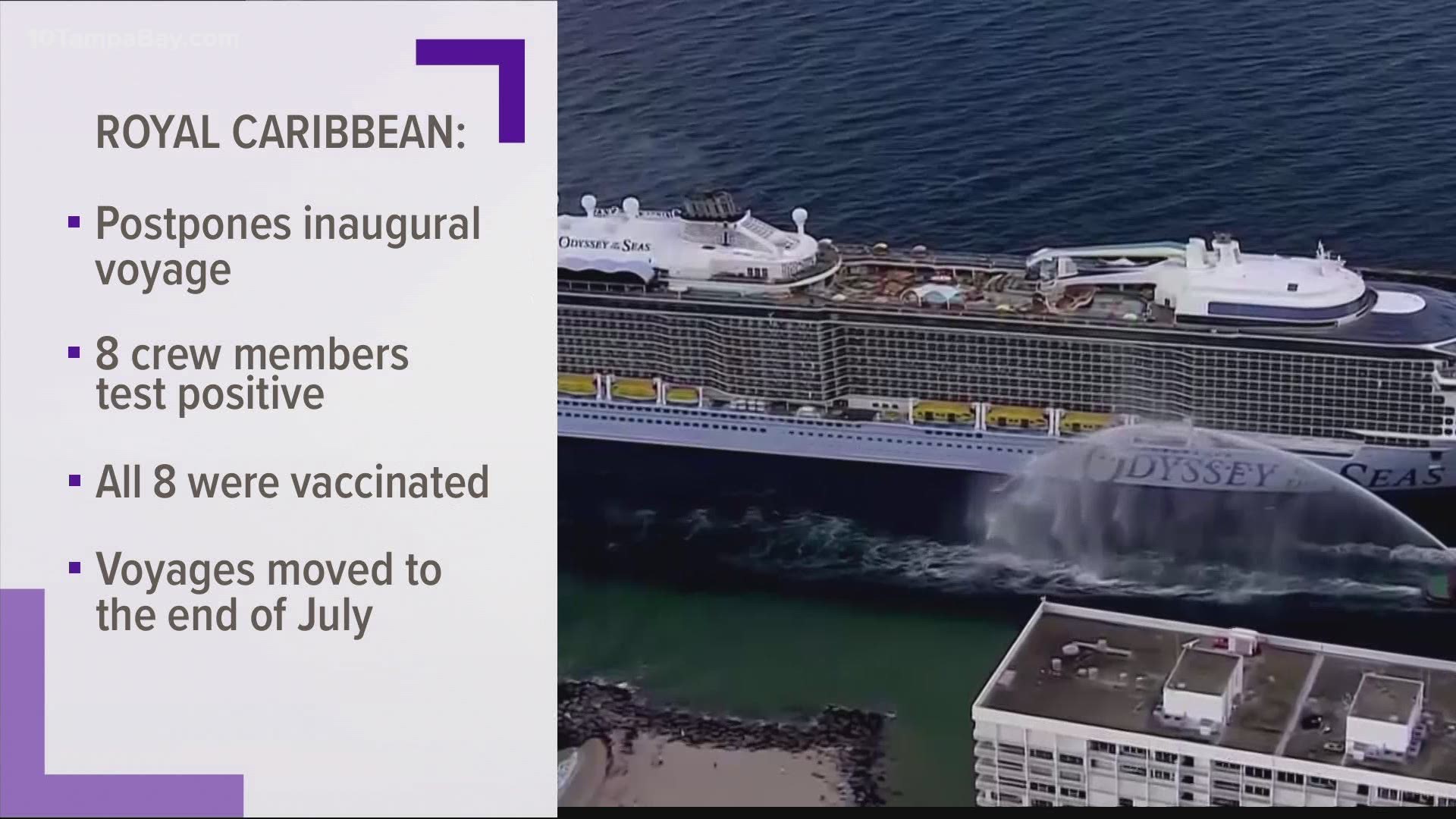 Royal Caribbean has postponed its inaugural sailing of the Odyssey of the Seas from Florida after several crew members tested positive for COVID-19.

The cruise line's CEO Michael Bayley made the announcement on his Facebook page saying the situation was "two steps forward and one step back."

During routine testing, eight crew members tested positive for COVID-19 after being vaccinated on June 4, according to Bayley.

He adds that of the crew members who tested positive, six of them are asymptomatic. Royal Caribbean has quarantined and is monitoring the remaining two crew members that are reported to have mild symptoms.

"To protect the remaining crew and prevent any further cases, we will have all crew quarantined for 14 days and continue with our routine testing," Bayler wrote.

Guests set to "discover uncharted adventure" aboard the massive ship will be notified and given several options to consider regarding their sailing.

"While disappointing, this is the right decision for the health and well-being of our crew and guests," Bayler explained.