News 8 Throwback: Disneyland's opening day in 1955 and more memories of the Happiest Place on Earth 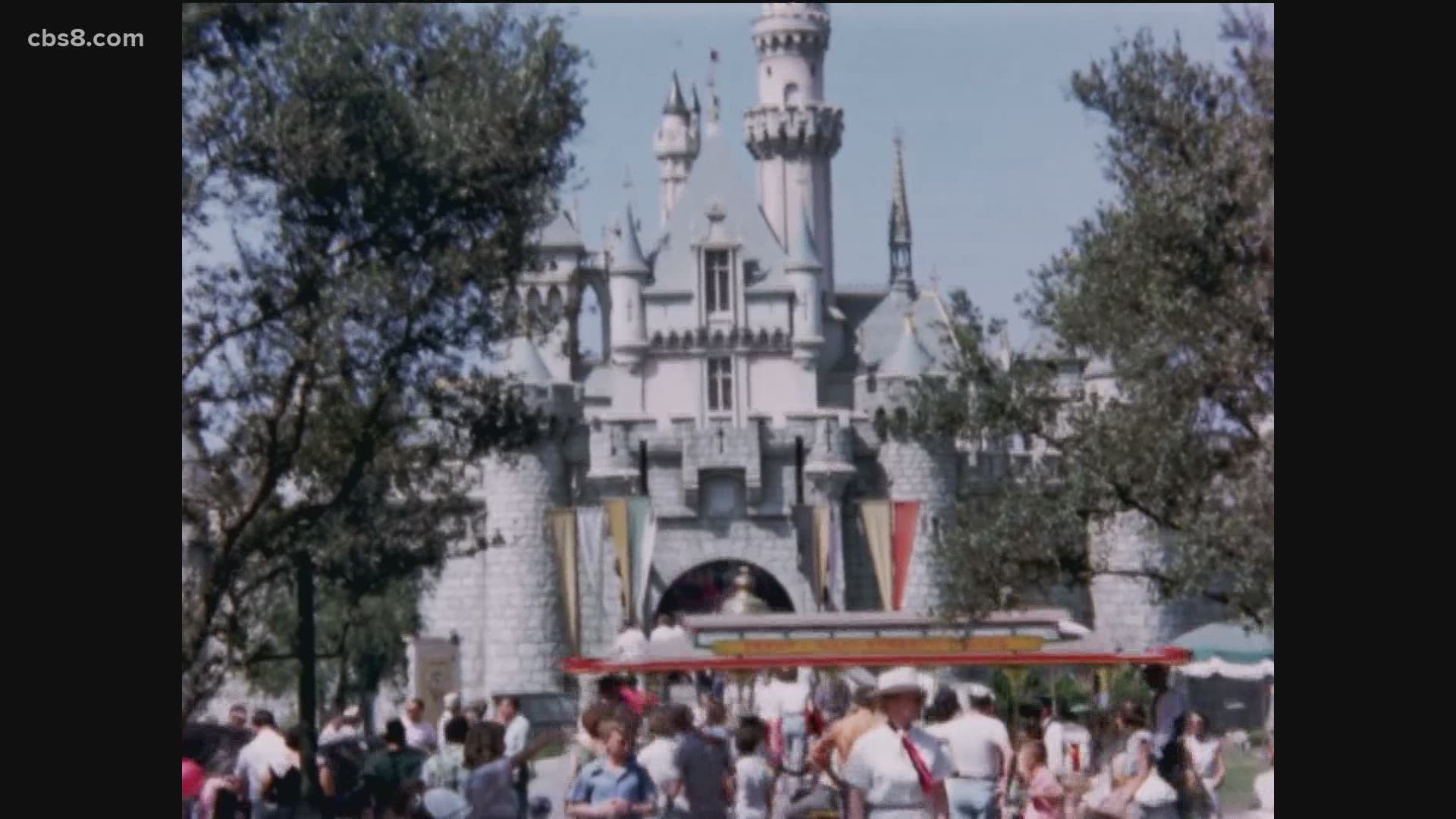 SAN DIEGO — The Happiest Place on Earth turns 66 years old on Saturday and we're celebrating with some recently unearthed News 8 archive footage of Disneyland's opening day on July 17, 1955, and other throwback gems.

What are your favorite Disneyland memories?

This 1955 footage features Disneyland's opening day and all the magic that was unveiled 66 years ago. The incredibly clear film has not been seen since 1955 and is a real treasure from our vault.

News 8's footage gave many people their first glimpses at what we called a "$17-million playground." Walt Disney's brainchild was opened to 30,000 visitors that first day - including some celebrities like Eddie Fisher - seen at 46 seconds into the clip. Opening ceremonies were broadcast on ABC with Walt and then-Governor Knight. The two then led a parade of Disney characters through the grounds of the new theme park.

The same video appears above with News 8 Anchor Marcella Lee reading the original script from 1955!

Big Thunder Mountain Railroad opened for the first time at Disneyland in 1979. News 8's Liz Pursell made the trek from San Diego to Anaheim to see what first-time riders thought of the new roller coaster. One of the first members of the public to try the ride noted the surprises that greeted her along the track. A young rider shared with a sigh that "at times it was scary and at times it was fun."

Disneyland isn't *always* the Happiest Place on Earth according to News 8's Larry Himmel who explored the Magic Kingdom with his son Miles in 1993. He found that his kiddo's favorite attractions were the payphone and "it's a small world" - which Larry dubbed "mind-numbing." Despite the downsides - like riding "Dumbo" - Larry captured many of the special moments on camcorder - like any good dad of the 1990s. Our witty reporter gave this piece a tongue-in-cheek look at his Disneyland adventure but also showed a lot of heart - which was always Larry's way.

"I know Miles is too young to enjoy Disneyland. But we just have fun hanging out together anywhere," he concluded the story. "That's the true joy of fatherhood: to be able to see life again through the eyes of a child. A life full of hopes and dreams."

On Feb. 8, 2001, Disneyland Resort added a second theme park to its property in Anaheim. News 8 was there for Disney California Adventure Park's first day and night of operation and grand opening celebration.

A red carpet at the grand opening bash featured celebrities including George Lucas, Dick Van Dyke, Whoopi Goldberg, Mickey Rooney, Andy Garcia and more. David Cassidy said, "I like the idea that you can go to a place and lose yourself and just be a new child."

News 8 reporter Phil Blauer also got a look at various parts of the park like the Hollywood Backlot and rides like California Screamin' (later reopened as Incredicoaster.)

The last part of this collection of clips includes Blauer getting some facetime with John Stamos who was performing with The Beach Boys at the grand opening.

News 8's Jeff Zevely got a special behind-the-scenes look at one of Disneyland fans' favorite rides in 2007. Jeff learned all the secrets behind the surprises and thrills of Indiana Jones Adventure - which first opened in 1995. The ride's operators were excited to show off the special effects that make the attraction so magical.