It's the first time guests of all ages will be allowed to wear Halloween costumes inside the parks during regular park hours. 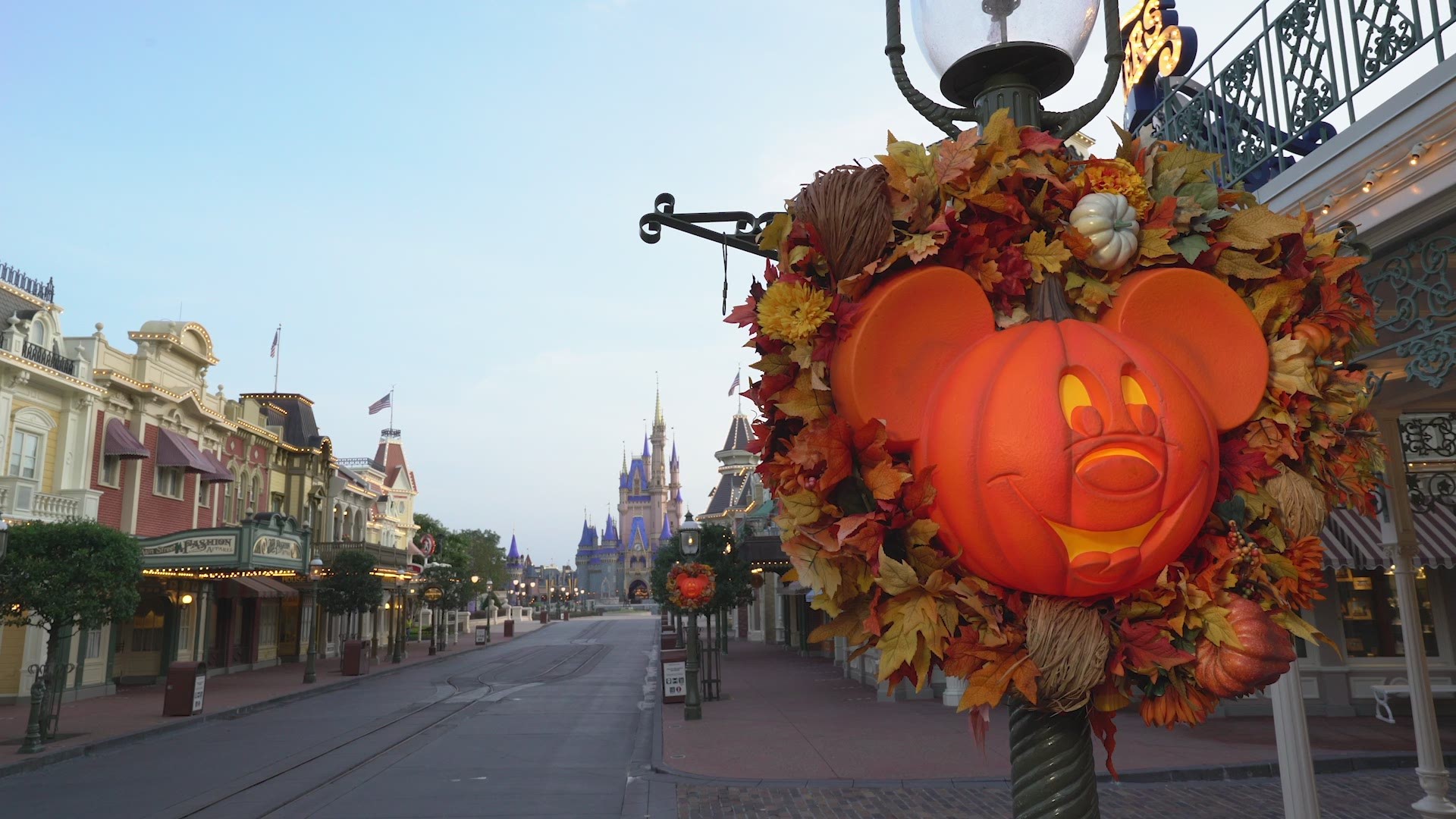 LAKE BUENA VISTA, Fla. — It's beginning to look a lot like autumn in the most magical place on earth.

Walt Disney World Resort is putting up all of its fall decor, featuring Mickey pumpkin wreaths along Main Street, U.S.A. in Magic Kingdom, along with changing characters' costumes up for a fall vibe and adding autumn-inspired food and drinks to menus across the property.

While Mickey's Not-So-Scary Halloween Party was canceled this year due to restricted capacity for the COVID-19 pandemic preventive measures, the House of Mouse is still making sure it's a fall to remember.

It's the first time guests of all ages will be allowed to wear their Halloween costumes inside the parks during regular park hours, from Sept. 15 through Oct. 31, in celebration of the spooky season.

Magic Kingdom is also adding other fall- and Halloween-themed fun during the same time frame, including a Halloween-themed cavalcade featuring Mickey Mouse, Minnie Mouse, Pluto and pals dressed in their Halloween costumes that will careen down Main Street, U.S.A. Chip 'n Dale will also be decked out in costume in Frontierland, and other characters can be spotted in their Halloween garb riding the horse-drawn trolley up and down Main Street.

No trip to Disney during Halloween season would be complete without a spooky souvenir. Halloween-themed merchandise will be available in select retail shops around the park, including a new spirit jersey, Loungefly backpack, candy-swirl Minnie Mouse ears and a selection of apparel inspired by Disney Villains.

Arguably the best part of a Disney day trip or vacation is the food and drinks. The park will celebrate the season with a ton of special menu items, according to the Disney Parks Blog's Foodie Guide to 2020 Fall Treats. Here are just a few of the exciting examples:

And that's just at Magic Kingdom! The Foodie Guide outlines all the special treats at all four parks.

There will also be themed photo opp spots at select locations throughout Magic Kingdom.

It's beginning to look a lot like autumn in the most magical place on earth! It's the first time guests of all ages will be allowed to wear their Halloween costumes inside the parks during regular park hours, from Sept. 15 through Oct. 31. @FCN2go pic.twitter.com/USF9NrScRe