Family cancels trip because of COVID-19, says an airline tried to keep $1,600 in travel credits

They had $1,600 in airline credits set to expire despite government warnings against holiday travel. 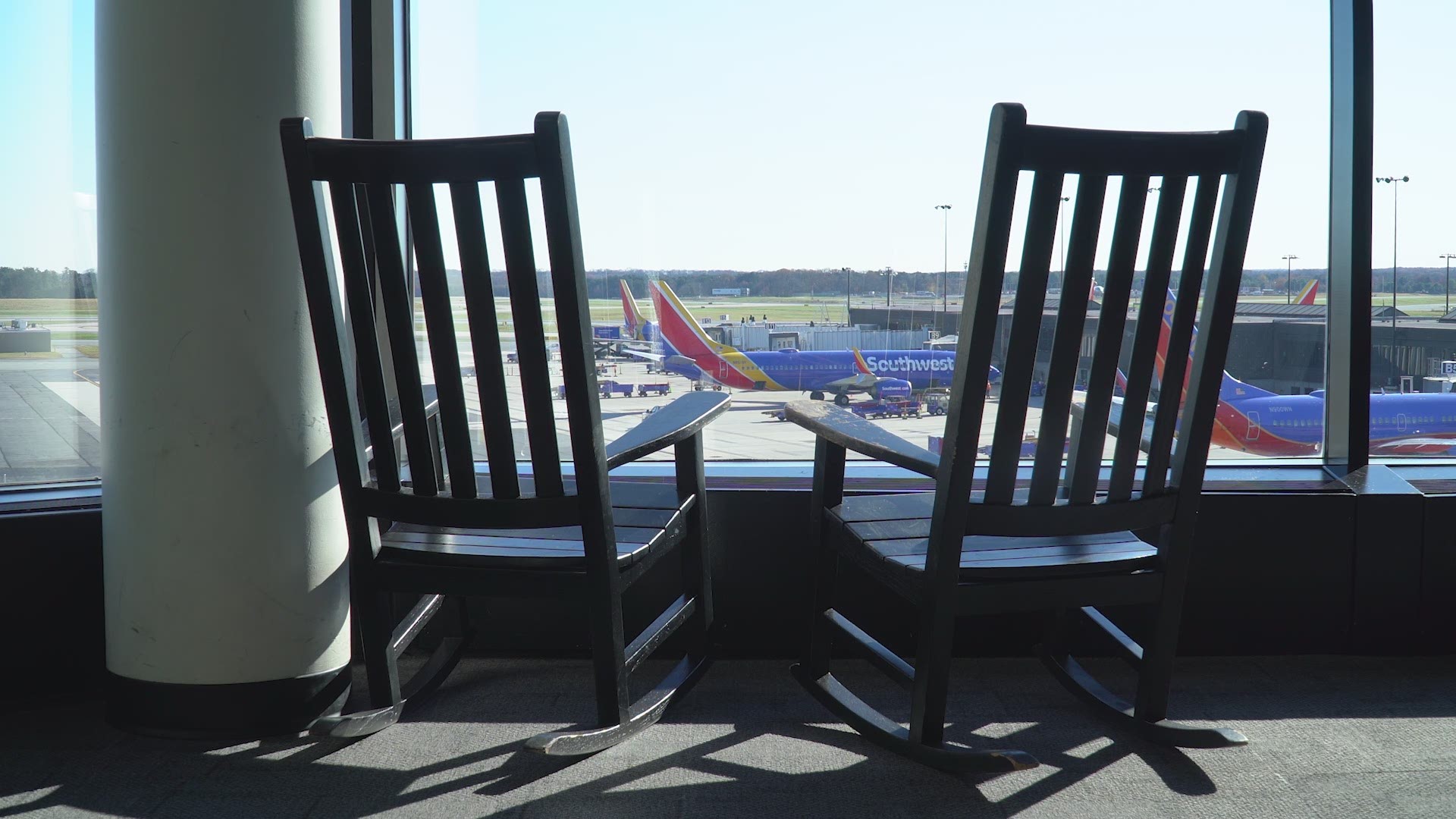 WASHINGTON — It was supposed to be a February getaway for Howard Van and his family to relax after the birth of his second son, Vincent. He bought airplane tickets for himself, his wife Yok, Vincent and his older son Jason, and his sisters-in-law Amy and Yann Ly.

The family was supposed to fly on Southwest Airlines from BWI Airport to Tampa, Florida. But days before they were supposed to leave, and just as coronavirus was hitting the United States, Howard and his wife got sick with a fever and chills.

Van worried the couple might have contracted coronavirus, but said there was no way to know at the time.

“We had all the classic symptoms,” he said. “But we will never know if we had it or not because there was no testing available to the general public at that time.”

RELATED: Despite warnings, tens of millions travel for Thanksgiving

Van says he was just trying to do the safe and responsible thing by canceling the trip.

“For us as a family and for other passengers on that flight,” he said.

Southwest issued the Van family travel credits for the cost of the plane tickets worth roughly $1,640. The travel credits were set to expire on Dec. 20, 2020.

But with COVID cases surging around the country, Howard said there was no way to use the travel credits, especially since his wife and sister-in-law are both frontline health care workers and have been asked by their employers not to travel.

So, Van called Southwest and asked for an extension to use the travel credits.

"Because of their current policy, they were unable to grant me that request, which was very disappointing for us,” Van said. “And it became almost like a financial ticking time bomb as the deadline was approaching.”

That Southwest policy says only travel credits issued on or after March 1 of this year can be extended. Van asked customer service to make an exception, posting his appeal to Southwest Airline’s CEO, Gary Kelly, on the company website.

“The current Southwest policy is hurting front line medical professionals during a time when they are sacrificing the most to keep everyone safe," Van wrote.

But according to a screenshot of that conversation provided by Van, Southwest wouldn’t budge.

“We’re sorry for any disappointment surrounding the fare rules…ya’ll choose to purchase," a customer service rep wrote back.

Van said the best Southwest told him they could do was charge him $100 per ticket to extend the travel credit deadline, meaning he could sink another $500 into a trip he didn’t know when his family could safely take. Or lose the $1640 in airfare altogether.

“And for our family, that's a lot of money,” Van said. “That's money we could use to buy groceries, invest in our college funds or buy Christmas presents for our kids.”

Howard wrote to WUSA9 and asked for help. So, Chief Investigative Reporter Eric Flack wrote to three of Southwest’s biggest competitors to see what their policies were.

United and Delta Airlines told us they’re offering as much as two years to use travel credits, in some cases into 2022, even if they were issued before March 1st when coronavirus started to rise in the US.

American Airlines said its written policy also lays out a March 1st deadline for extensions to COVID travel credits. But a source at American added it works “with all their customers individually knowing everyone’s situations are different during this time.”

So, what about Southwest?

Dan Landson, a company spokesperson, told us Southwest had some of “the most customer-friendly policies in the airline industry.”

In emails with WUSA9, he wrote “While we implemented changes effective March 1, our Customer Relations Team is happy to work with customers on a one-on-one basis whose travel may have been impacted prior to that date.”

But Howard Van said Southwest refused to great his request for an exemption to this policy. This is until WUSA9 got involved, which is when Howard stated a Southwest corporate representative called him with a solution.

The airline exchanged his $1,600 worth of travel credits, for airline points, so the Van family could rebook a new family trip when they were ready.

“Without your help advocating for us, you know, we will not be in the position that we're in right now,” Van told WUSA9 Chief Investigative Reporter Eric Flack. “And I don't know if other people have that same resource or that same advocacy.”

Airlines For America, which advocates on behalf of airlines, declined an interview request but said in a statement customers have to understand both sides of situations like this.

“The rapid spread of COVID-19, along with government and business-imposed restrictions on air travel, continue to have an unprecedented and debilitating impact on U.S. airlines,” wrote Katherine Estep, Managing Director of Communications for Airlines for America.

“Carriers are still experiencing a dramatic decline in demand and have been forced to remove flights from their schedule and make historic capacity cuts. Cancellations are spiking and carriers are burning $180 million in cash every day just to stay operating. The economic impact on U.S. airlines, their employees, travelers and the shipping public is staggering.”

“For A4A passenger carriers, cash refunds equated to 21% of operating revenues in the first three quarters of 2020,” Estep estimated.

If you find yourself in this situation:

First, be polite when you call the airline. Customer service reps can make or break you if they pass your case up to a supervisor for review.

And if you don’t get the answer you hoped for, write down that case number and try again with a different customer rep.

RELATED: Airline may require passengers to get coronavirus vaccine before overseas travel