Kermit is the king of key lime pies in Key West

This freaky, quirky, historic town at the very bottom of Florida has it's share of characters, but Kermit Carpenter isn't just a stop on Key West's tourist trail, he's a destination all by himself. 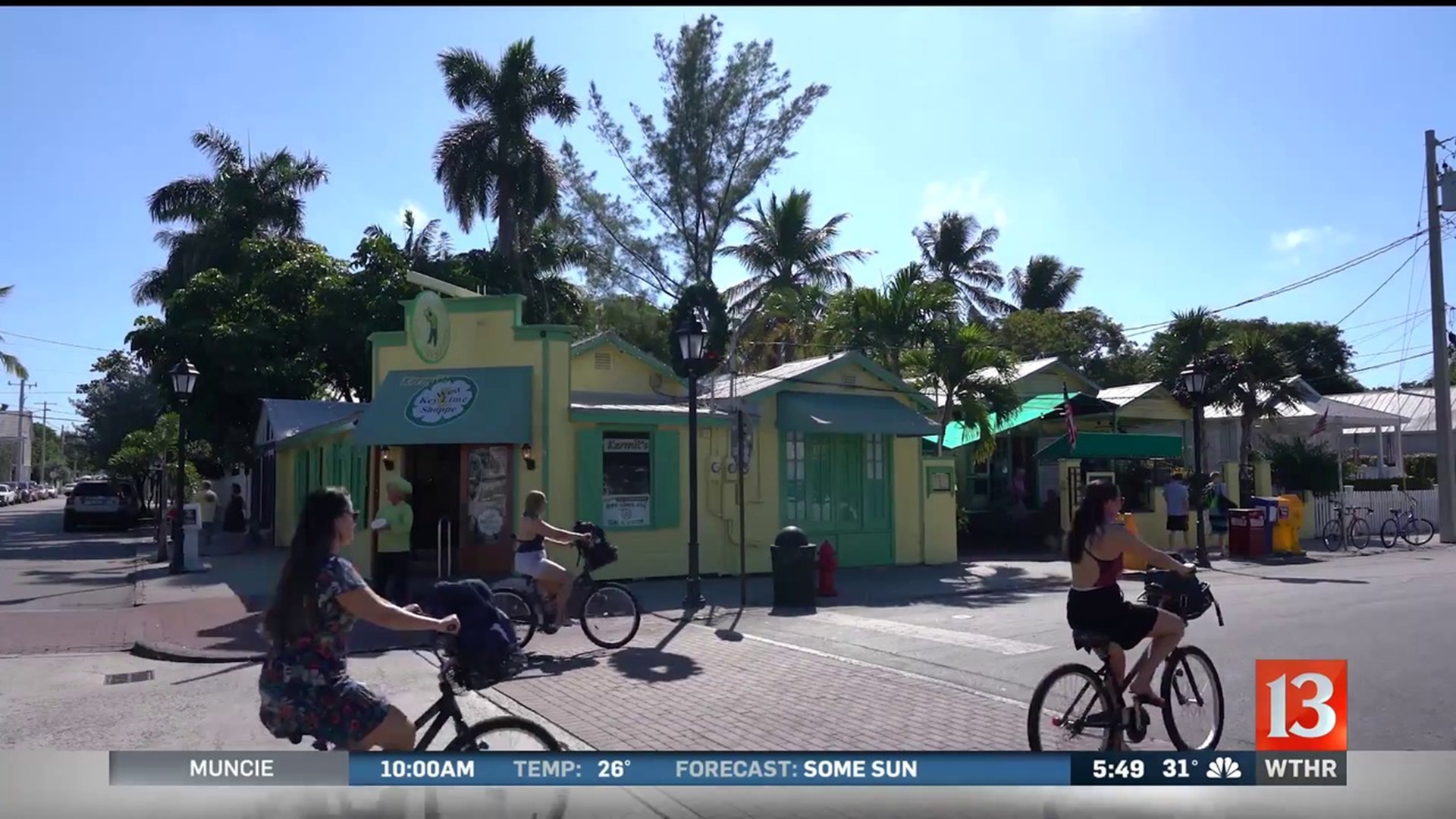 KEY WEST, Fla. (WTHR) — In Key West Florida, standing out isn't a goal...it's a competition. This freaky, quirky, historic town at the very bottom of Florida has it's share of characters, but Kermit Carpenter isn't just a stop on Key West's tourist trail, he's a destination all by himself.

Although Kermit has been selling his award winning pies for more than 27 years, he has been at his present location for 16 years and it has proven to be a must stop for Key West visitors.

Standing like a cartoon character outside his boardwalk placed store, Kermit threatens visitors who pass his shop with a key lime pie in the kisser.

No one minds. In fact, Kermit sees some of the same cruise ship visitors every year as they wait to see Kermit's good natured kidding as he aims pies at the tourist buses.

With his dog Pirate at his side, many vacationers stand in line to take a picture with Kermit, his pie and his Portuguese Water Dog Pirate.

Even though he has a good time with his guests, he takes his job very seriously.

More than a half dozen key lime pie stores compete in Key West for the business of people who crave the cool, refreshing island treat.

He constantly checks on his pie quality making sure it contains just the right amount of the precious key lime juice that makes his delicious pies stand out.

He has everything from frozen chocolate key lime pie sticks to key lime candy and jelly, from an invigorating key lime shampoo and conditioner to a tingling key lime soap.

Kermit loves his job so much that this 75 year old makes an appearance in his store every day, 7 days a week.

He and Pirate have a world wide following and they market their products around the globe via the internet.

Chuck and Kermit hanging out enjoying a pie.

Some of the people we talked to said that a visit to Key West isn't complete without a piece of his refreshing pie and a hug from Kermit.