Yes, Carmel's roundabouts have a huge impact in reducing crashes

A new study showed a specific type of roundabout design has a huge impact on traffic safety. 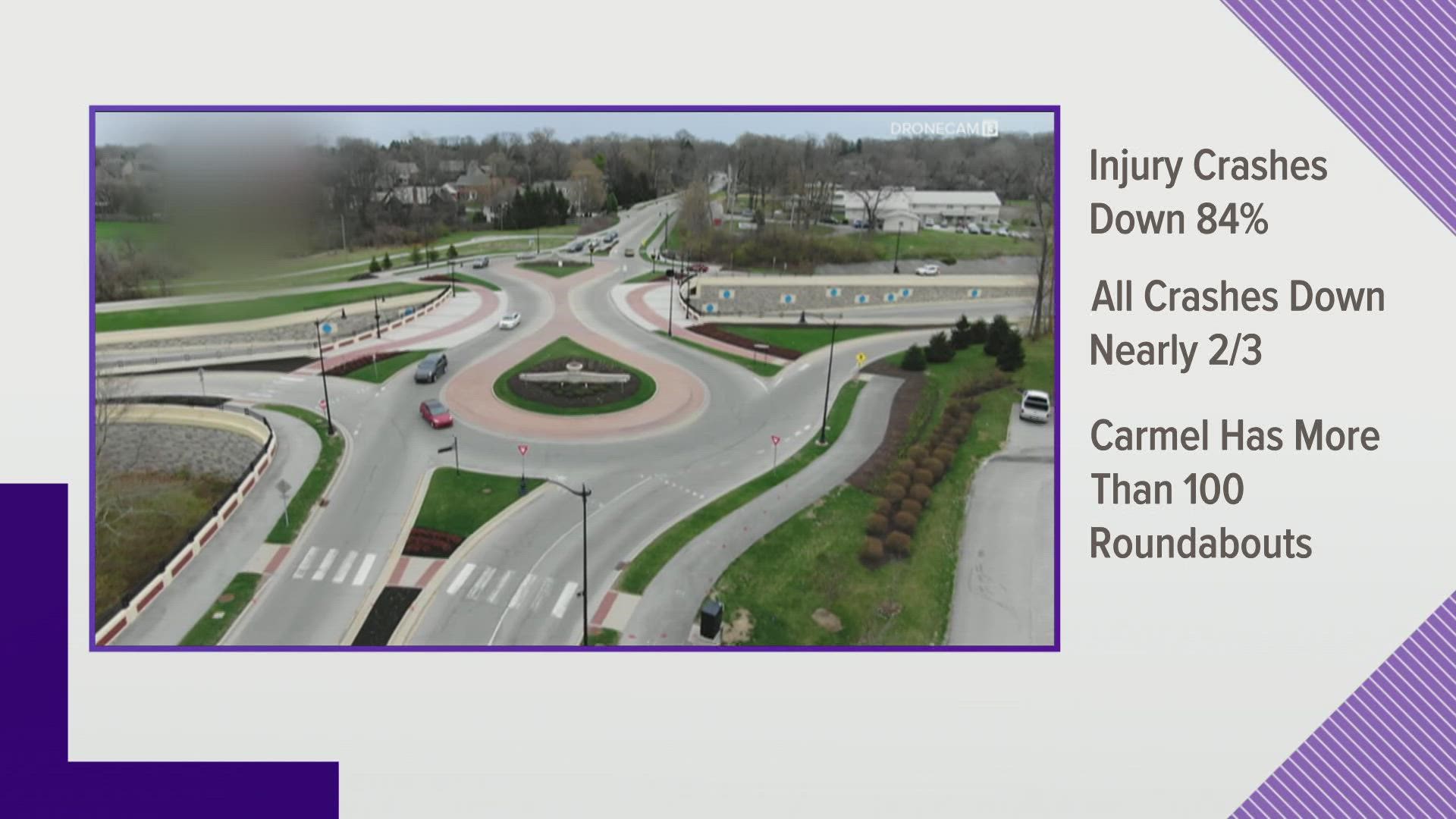 CARMEL, Ind. — Turns out they're not just pretty to look at.

An unusual kind of roundabout has delivered big benefits for Carmel, a recent study from the Insurance Institute for Highway Safety found.

The teardrop roundabout installed along Keystone Parkway and other busy intersections in the "Roundabout City" reduced crashes by nearly two-thirds, an Insurance Institute for Highway Safety analysis showed. The study said the roundabout has cut down on injury crashes by 84 percent.

Carmel boasts more roundabouts than any other city in the United States, with more than 100.

To quantify how much they have affected road safety, IIHS researchers examined crash data from 64 roundabouts over the two years before and after their construction.

Because information on historical traffic volumes was not available, they compared crash numbers from each converted intersection to a conventional intersection with similar characteristics nearby.

The IIHS analysis showed that the conversion to roundabouts resulted in a 47-percent reduction in injury crashes overall, compared with the number the researchers projected would have occurred if roundabouts had not been adopted.

The impact of the double-teardrop roundabouts was more striking.

At locations where that design was used, injury crashes fell 84 percent, and total crashes dropped 63 percent, the researchers found.