On Saturday, May 15, INDOT closed the second most-used interchange in Indiana for 18 months. 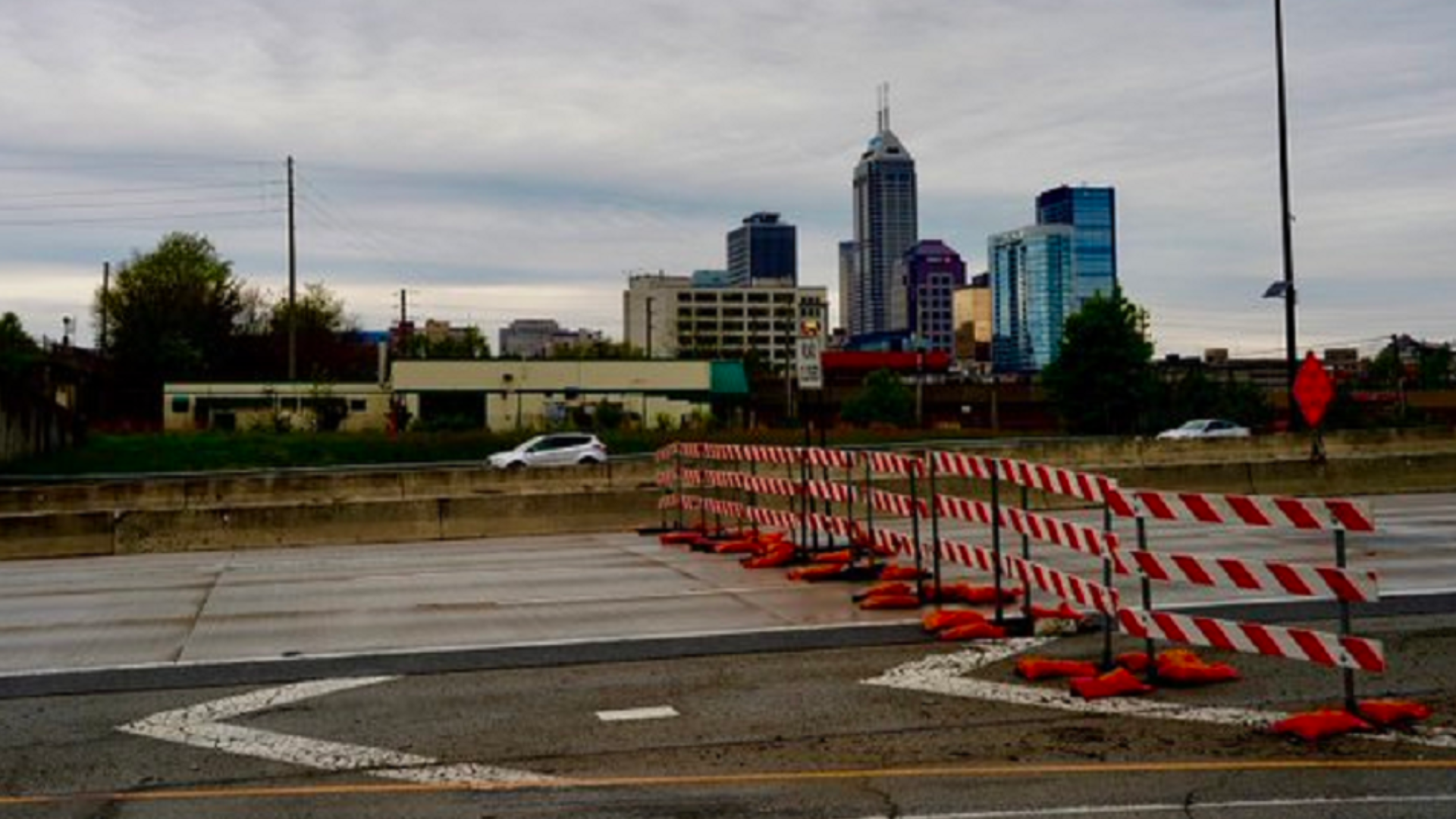 INDIANAPOLIS — The North Split is now closed for more than a year.

Located north of downtown Indianapolis, the interchange is the second busiest in the state.

In short, getting around Indianapolis will look a lot different, and I-465 will become drivers' new best friend as multiple entrances in and out of downtown close.

Here are some of your most common questions about the project, answered.

What is the North Split Project?

The project will upgrade the interchange where I‑65 and I‑70 meet in downtown Indianapolis.

This is the first project to completely reconstruct the interchange, bridges and pavement along the North Split since it was built in 1968, according to INDOT.

What is all closed, and what will remain open?

Aside from a 45-day closure in the Fall of 2021, I-65 southbound will be open to the following routes:

Drivers will still have access in and out of downtown via the I-70 westbound ramp to Michigan or Ohio streets, and the Pine Street entrance ramp to I-70 eastbound.

What will be changed or worked on?

The North Split interchange will be reconfigured and reconstructed, but that isn't all. New pavement will be put in throughout the area.

Entrance and exit ramps will be replaced or reconfigured.

INDOT will also add 44 new bridges and rehabilitate six others.

Credit: INDOT
This detailed project overview provided by INDOT shows some specific locations where The North Split will be renovated.

Why is this happening now?

The North Split is old, congested, and deteriorating, according to INDOT.

"What we're looking at here is the end of a life cycle," INDOT spokesperson Mallory Duncan said.

INDOT documents from last year showed the North Split project team analyzed crashes in that area for four years, from 2012 to 2016.

This crash at the north split ended in a serious injury.

The team found the North Split crash rate was higher in all categories than crash rates on other urban interstates in Indiana.

What areas of Indianapolis will be affected the most?

Travel through downtown will completely change for more than a year because of the project.

What are some good detours?

Drivers can still access downtown through the I-70 westbound ramp to Michigan or Ohio Streets and can leave downtown via the Pine Street entrance ramp to I-70 eastbound.

If traveling from the northwest side, instead of using I-65, use I-465 and take I-70 eastbound to the South Split. Then head southbound onto I-65.

If traveling from the east side, instead of using I-70, take I-465 southbound around to the southwest side, to get back onto I-70.

See a more detailed visual of which areas will remain open here.

How much does this project cost?

INDOT is investing $320 million in the project.

Have more questions about the North Split? Visit INDOT's website to track your route now.