Victims identified in fatal crash on I-69 in Fishers

Police have released the identities of the people involved in a fatal crash on Interstate 69 Sunday. 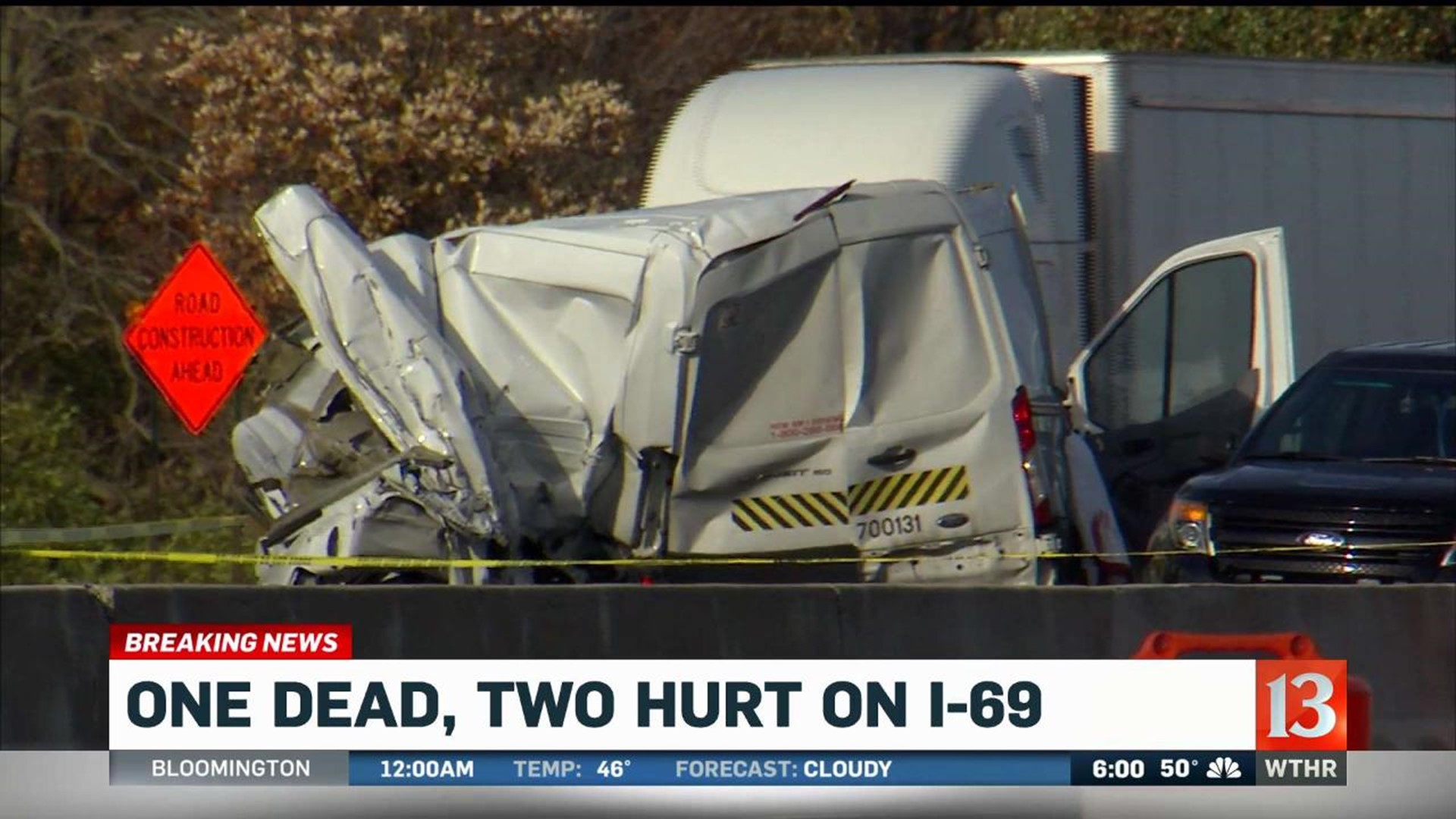 FISHERS, Ind. (WTHR) — Police have released the identities of the people involved in a fatal crash on Interstate 69 Sunday.

William Womack, 66, of Indianapolis died as a result of the crash. Womack was driving a van when it collided with a truck around 2 p.m..

Both the driver and the passenger in the truck — Heath Franklin, 43, and Isaiah Newsome, 41, both of Bloomington — were taken to the hospital in critical condition.

The crash closed southbound lanes of I-69 near 106th Street in for about three hours.

The crash is still under investigation.