Between the North Split project and construction on streets in downtown Indianapolis, visitors and businesses are struggling. 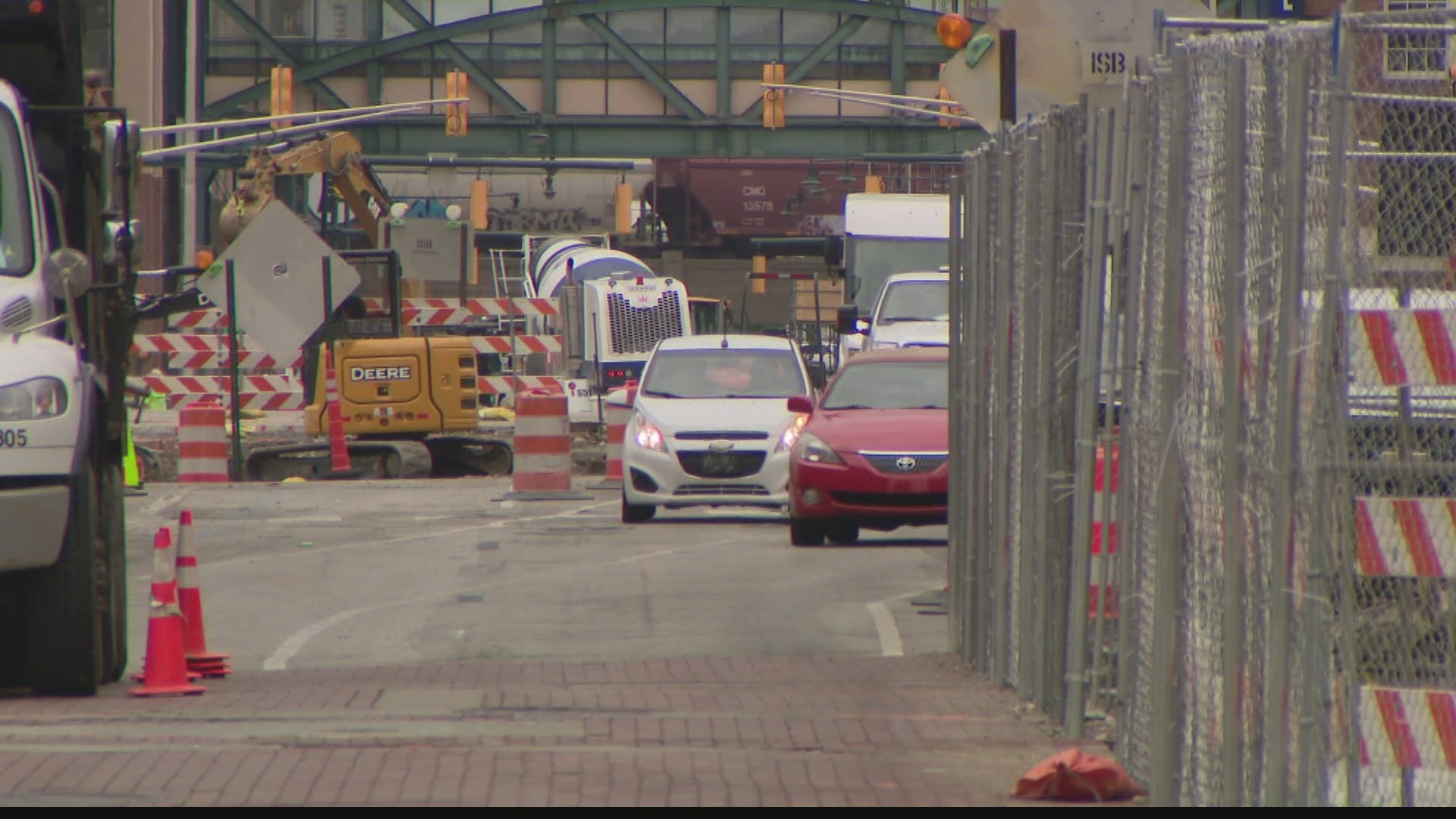 INDIANAPOLIS — Tearing down and rebuilding the North Split is causing headaches for drivers. Not just for interstate drivers, but those trying to get around downtown Indianapolis.

The construction means detours and delays and a lot of extra traffic downtown, especially semis. That's because vehicles not taking one of the interstate detours are forced to exit at Ohio Street and wind through downtown before getting back on the interstate.

"It completely threw me for a loop this was going on," said Jessica Hibbard, who doesn't go downtown very often.

Even worse, she said her map app didn't update to show the construction and route her around it.

"It took me a good 15 minutes to finally get around and figure out where I was going and get a parking spot," she said.

It's not the just North Split project that's upended commutes and travel plans, but some of the road work underway downtown.

Parts of Market Street are torn up and closed off, with Delaware Street partially open but also under construction. Even some of the sidewalks are blocked off.

Chrisanthia Myler travels across Indiana servicing commuters. She also takes I-70 to get to clients in downtown Indianapolis. But with all the construction?

"Oh my gosh, It has been horrible to travel through," Myler said.

Getting to an office on East Market was also a challenge with everything closed off.

The road work is also hard on businesses like Crown Liquors at the corner of Delaware and Ohio. It's facing one street partially closed and the other is part of a detour.

"It's like there's construction everywhere," said Kevin Kaiser, manager. "The foot traffic has really died down the last month and a half."

Attorney Jim Young's office is along Delaware amid the construction noise and barricades. He said he has flexibility with appointments, but he worries about other surrounding businesses, including those at City Market.

"The good news is they're making all the improvements, but the bad news is it's a struggle for us for a while," Young said.

While most of the downtown construction should be finished by year's end, INDOT projects it will take 18 months before the North Split is rebuilt and fully open.