'It's a mega project': 1 month down, 17 to go on North Split construction

The goals of the project include better traffic flow through the North Split and safer interchanges for drivers getting on and off the interstate. 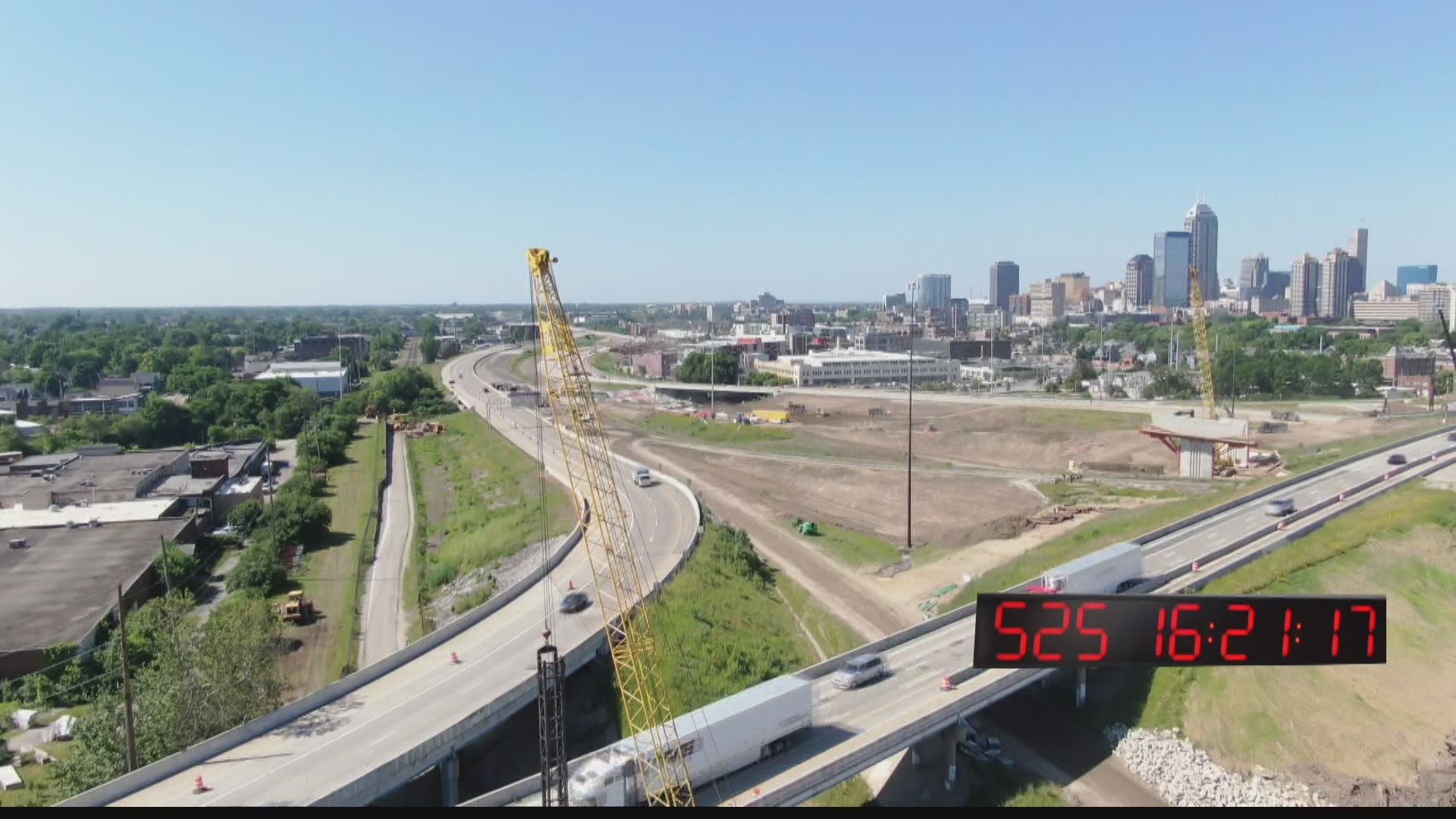 INDIANAPOLIS — For the past month, construction has closed the North Split, the major interchange where Interstate 65 and Interstate 70 meet in downtown Indianapolis.

And it's just the beginning - there are still 17 more months of construction to go.

"It's a mega project," said Robert Adams, assistant project manager for Superior Construction at the North Split. "It's roughly a $330 million project.

Adams said crews are replacing or rehabilitating 50 bridges in the North Split "essentially at once in an 18-month period."

The timeline is accelerated to keep the inconvenience to a minimum.

"Normally a bridge like the one you see behind me would take 2-3 years to complete and we're doing 50 bridges in around 18 months," Adams said. "So the inconvenience of having the reroutes and detours will definitely be worth it when we open everything back up."

He said the goals of the project include better traffic flow through the North Split and safer interchanges for drivers getting on and off the interstate.

RELATED: Everything you need to know as the North Split closes for 18 months

It's also about improving and updating infrastructure.

"Most of the existing structures are 50-plus years old," Adams said. "A lot of the bridges were built between the'50s and '70s and a few rehabilitation jobs since then."

About 100-120 people are working on the project, representing 13 different countries.

Those involved say they're proud to be part of Indianapolis' landmark project.