The ramp from I-465 south to I-70 east has officially reopened following repair work due to a tanker explosion Thursday. 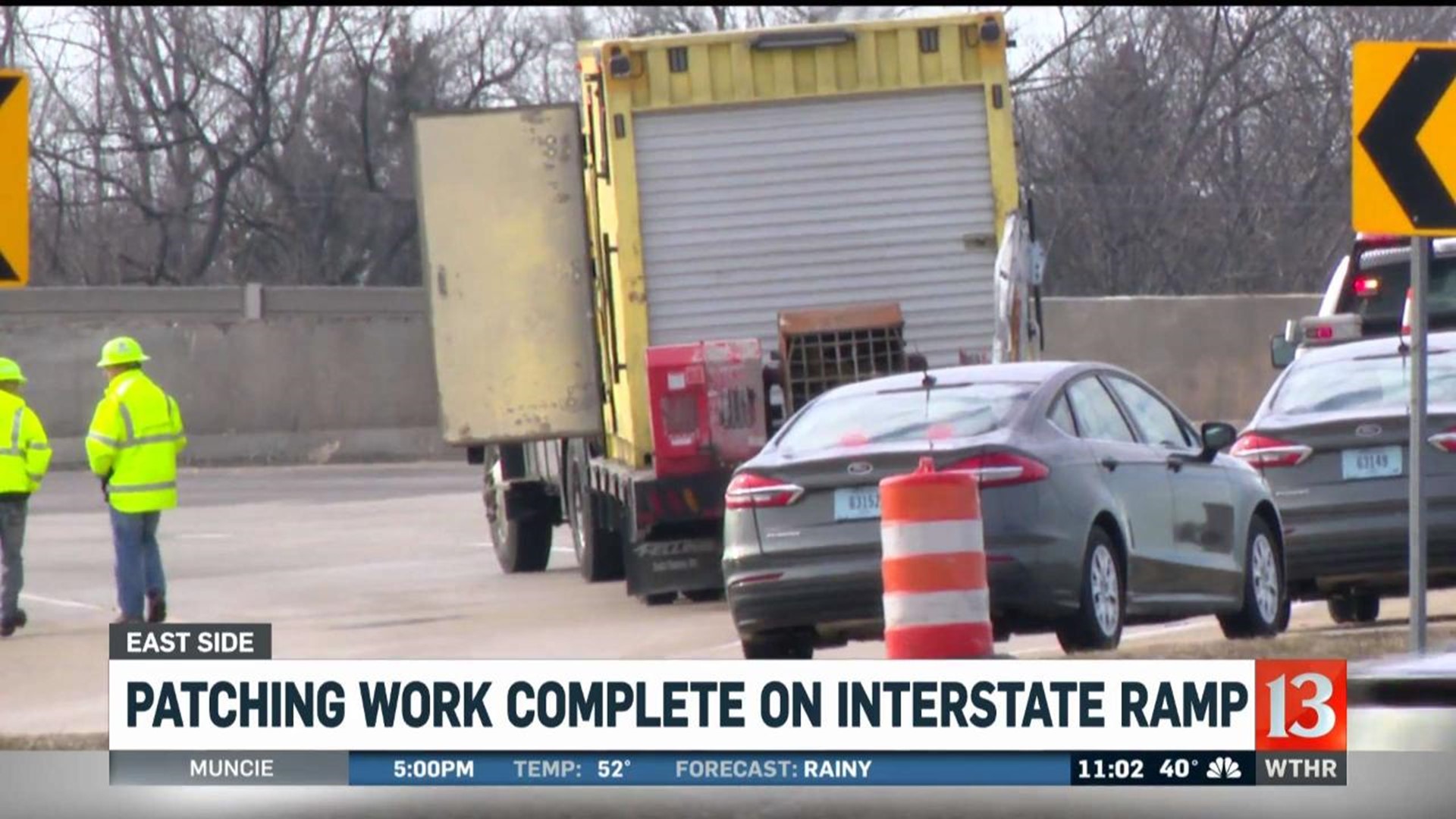 INDIANAPOLIS (WTHR) – The ramp from I-465 south to I-70 east has officially reopened following repair work due to a tanker explosion Thursday.

The Indiana Department of Transportation spent the weekend testing the bridge and making repairs after a tanker truck carrying more than 4,000 gallons of jet fuel hit the guardrail, overturned and caught fire, causing multiple explosions.

Heavy fire was widespread across the bridge, requiring extensive clean-up and assessment before the bridge could be reopened.

The bridge was closed through Thursday night.

The tanker is being removed from the scene in pieces. We will know more about the duration of the ramp closure after the tanker is removed. pic.twitter.com/wHKG7PKkjd

I-70 EB is still CLOSED after a tanker fire. The ramp from I-465 SB to I-70 EB is also closed. pic.twitter.com/ww3zKLCuSx

The tanker is off the bridge. We are sweeping the bridge deck, then will assess damage.

INDOT was able to have one lane of the I-465 southbound ramp to I-70 eastbound open until Saturday morning.

Take a look at this ball of 🔥We are so lucky to have great partners in @IFD_NEWS @IndStatePolice that helped put the fire out so quickly. Because of their work, no major structural damage was sustained on the bridge.
I-465 SB to I-70 EB is still closed 🚫.
Stay tuned. pic.twitter.com/7qiWTIQgak

Fortunately, there was no major structural damage to the bridge but further testing was needed Saturday.

After sandblasting and double checking for damage, crews cleared and OPENED the ramp from I-465 SB to I-70 EB. pic.twitter.com/Guub3GlbaJ

A overhead look at the bridge after yesterday’s fire.
TODAY: we will be closing a lane on the bridge for guardrail repair. Please be careful of our crews on the road❗️ pic.twitter.com/f62qQDYOiX

RIGHT NOW: Crews are repairing the guard rail and barrier wall from yesterday’s tanker crash.
1️⃣ lane is CLOSED 🚫 on the I-465 SB to I-70 EB ramp.
Be careful in the area!! pic.twitter.com/mGvY0MN7bi

Guard rail is repaired along one side.
BUT— the left lane will remain closed until AT LEAST tomorrow afternoon. We are doing a precautionary friction test to determine how/if the heat affected the concrete. pic.twitter.com/u99A0Wviry

Crews closed I-465 southbound to I-70 eastbound starting at 9:30 a.m. Sunday to patch the deck of the bridge that was burned by the fire. Traffic was diverted to Shadeland Avenue to get onto I-70 east.

🚨BRIDGE CLOSURE🚨
I-465 SB to I-70 EB will be CLOSED tomorrow morning starting at 9:30am for a patching operation. We will be patching part of the bridge deck that was damaged by the tanker fire. Please use Shadeland Ave to get onto I-70 EB. pic.twitter.com/THTskkiM0b

An INDOT spokesperson told Eyewitness News, "most repairs we can make without a contractor have been made. The rest we will roll into a contract this summer."

The driver of the tanker truck remained in critical condition as of Friday morning. State police believe unsafe speed was a factor in the crash.