A tanker exploded on I-465 over I-70 on the east side Thursday afternoon. 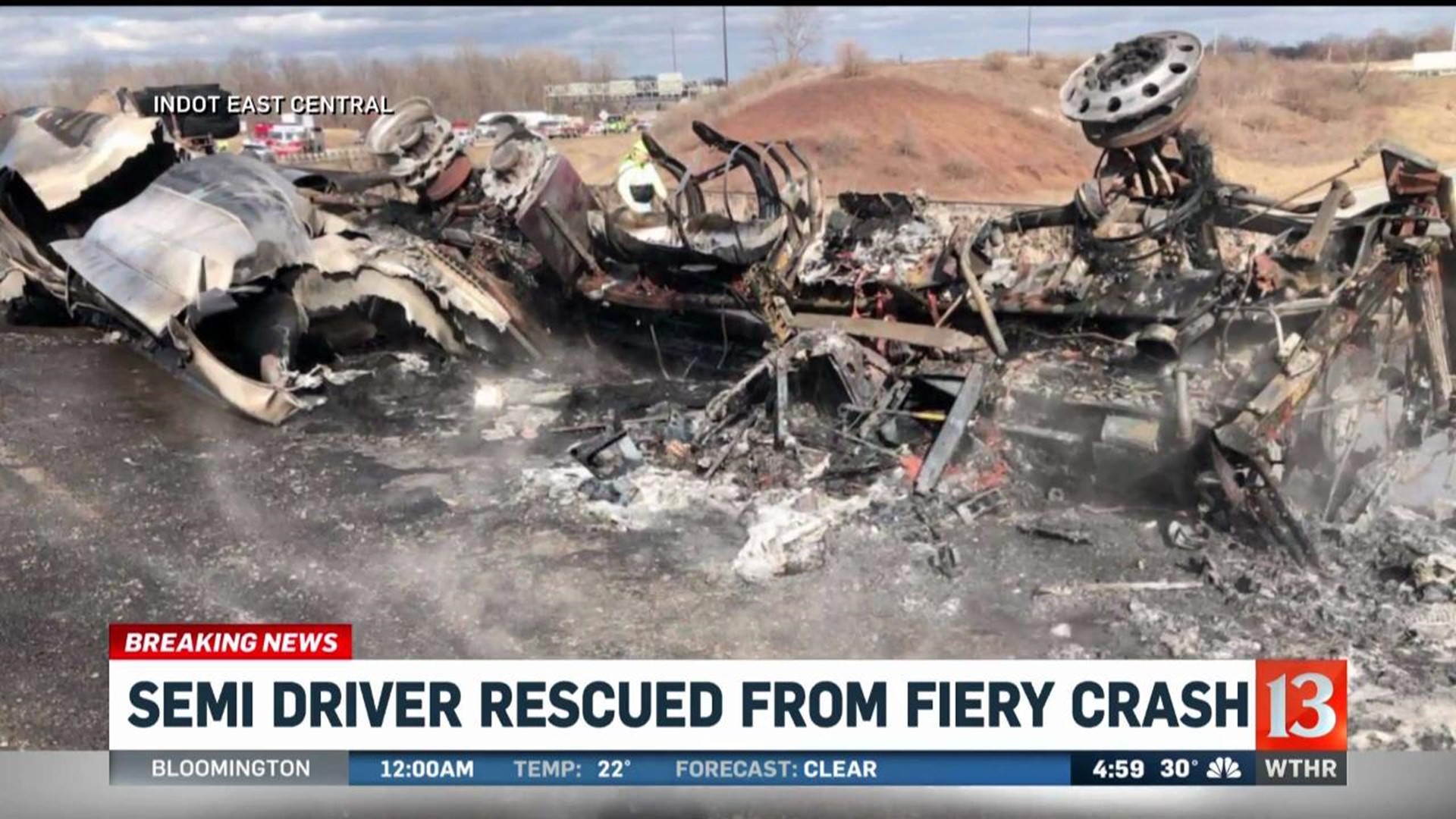 INDIANAPOLIS (WTHR) — A driver burned when his tanker exploded on I-465 at I-70 on the east side Thursday is in critical condition as of Friday morning.

The Indianapolis Fire Department shared audio of some 911 calls made during the incident.

The Indiana Department of Transportation says only one lane of the I-465 southbound ramp to I-70 eastbound will remain open until at least Saturday morning.

Guard rail is repaired along one side.
BUT— the left lane will remain closed until AT LEAST tomorrow afternoon. We are doing a precautionary friction test to determine how/if the heat affected the concrete. pic.twitter.com/u99A0Wviry

INDOT inspectors said the concrete may be damaged and further testing and repairs were needed Saturday.

An INDOT spokesperson says the bridge is still structurally sound, but crews will be closing I-465 southbound to I-70 eastbound starting at 9:30 a.m. Sunday to patch the deck of the bridge that was burned by the fire.

🚨BRIDGE CLOSURE🚨
I-465 SB to I-70 EB will be CLOSED tomorrow morning starting at 9:30am for a patching operation. We will be patching part of the bridge deck that was damaged by the tanker fire. Please use Shadeland Ave to get onto I-70 EB. pic.twitter.com/THTskkiM0b

Several witnesses shared photos and video of the explosion and fire with Eyewitness News.

A tanker carrying jet fuel exploded on I-465 on the east side of Indianapolis Thursday. (Tim Nelson photo)

Investigators say the semi driver lost control coming around the curve on the ramp, hit the retaining wall and overturned.

The driver of the semi told an officer he was hauling 7,499 gallons of fuel when it erupted in flames.

Three good Samaritans pulled the driver from the flames and he was rushed to the hospital. Police say the driver is 59-year-old Jeffrey Denman of Brownsburg.

State police believe unsafe speed was a factor in the crash.

The driver of the semi was pulled out by a Good Samaritan. He is being transported to the hospital now

This will be a very extended clean-up and will affect rush hour traffic. Seek alternate routes @IFD_NEWS is in scene handling the fire now pic.twitter.com/aSj3QpEFG3

I-70 EB is still CLOSED after a tanker fire. The ramp from I-465 SB to I-70 EB is also closed. pic.twitter.com/ww3zKLCuSx

The Indianapolis Fire Department shared dozens of photos of the department's response to the explosion and fire on Facebook.