All the orange barricades surrounding nearby businesses have the owners seeing red. 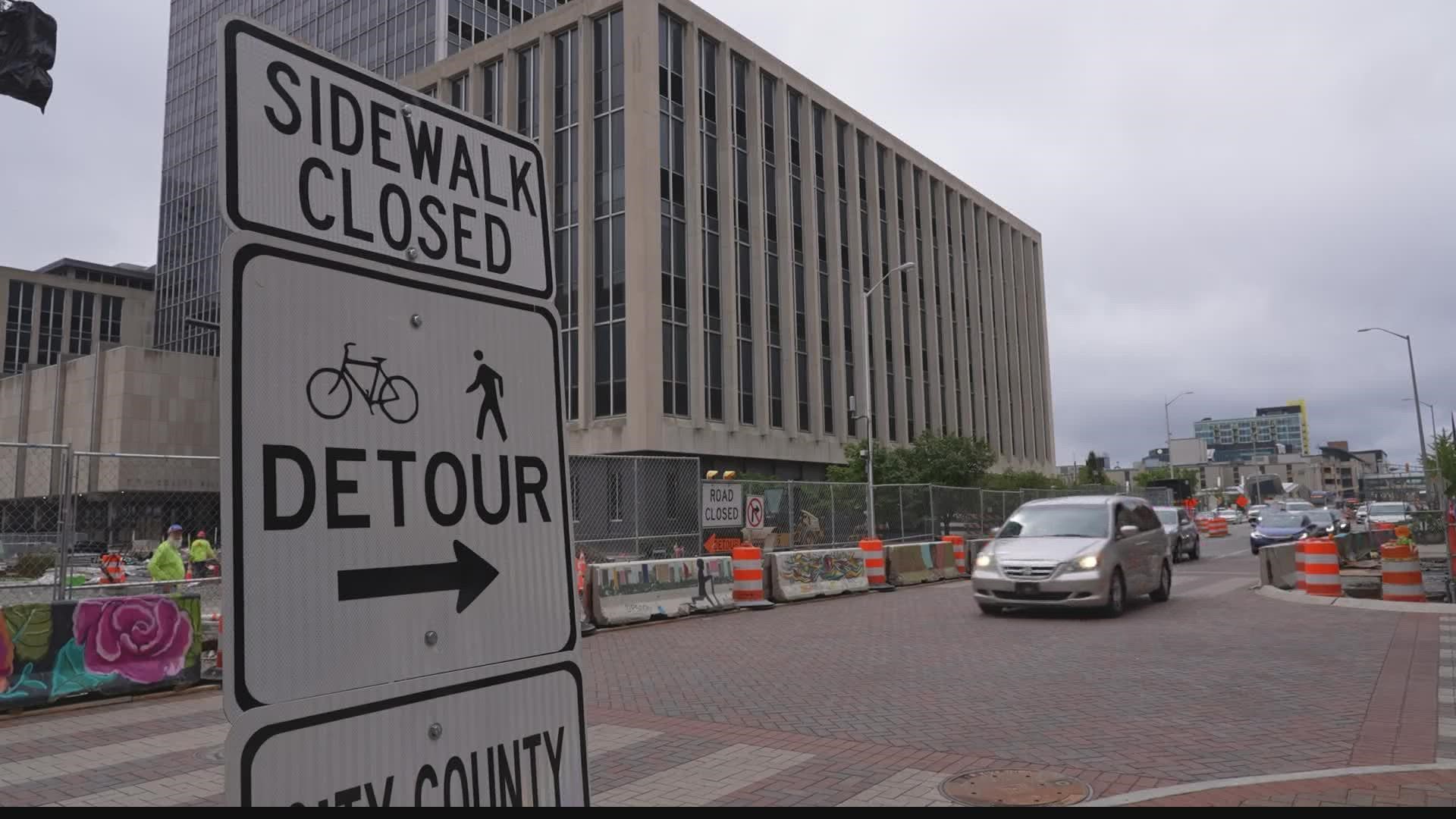 INDIANAPOLIS — More orange construction barrels will go up Tuesday in what has been a busy summer for road crews in downtown Indianapolis, and a trying time for drivers.

Crews were supposed to start Monday, but rain forced a delay.

The project will start with patching work for the first few weeks, which will take place Mondays through Saturdays from 9 a.m. until 3 p.m.

Once that is completed, crews will move on to milling and resurfacing in October, Mondays through Saturdays from 7 p.m. to 7 a.m.

There will be lane restrictions while the streets are being worked on. The work is expected to be finished in November.

Several other busy areas downtown have been closed or restricted for months.

RELATED: Everything you need to know about the North Split closure

Drivers have navigated road closed signs and lane restrictions on Delaware Street from Maryland to Vermont, and East Market Street from Delaware to Alabama.

A DPW spokesperson said those projects are expected to be "substantially" wrapped up by the end of the year, though some ends may not be tied up until early 2022.

"It seems to be never-ending. That's what I keep hearing," said Chuck Brezina, who owns Subito, a soup and sandwich shop on Delaware across from the City-County Building.

In addition to his soups and sandwiches, Brezina has had to cook up a whole lot of patience. Right outside his shop, parts of Delaware Street and the sidewalk have been closed for months.

Some customers just couldn't find a way to the door.

"Google Maps is sending them to Market Street and then, since there was no sidewalk, they weren't able to come south to us," he said.

A few gave up.

And then there's City Market — pretty much surrounded by construction for more than six months. First, it was the pandemic. Now, this.

All that orange has some restaurant owners inside seeing red.

Another restaurant owner told 13News business has been down by more than 60%.

"Overall, I think it's going to be a better street at the end of this," Brezina said. "It's just that it was going to be a three-month project, from what the letter they sent said."

That was six months ago.

In the meantime, Brezina is thankful for his regulars. All of them are looking forward to that day down the road when they see the end.

"I have a nine-year lease. So I will enjoy a new street sometime soon!"

According to DPW, once complete, the $3.8 million Delaware Street project will include more than 4.7 lane miles of newly surfaced road, along with new sidewalks and ADA ramps, plus two new IndyGo Super Stop locations and dedicated bus lanes along the east side of Delaware Street.

Other major projects coming up downtown include West Market Street from Monument Circle to Illinois Street. Work there is expected to begin in early September.

In the first construction phase, the contractor will be working on the north side of Market Street with the westbound lane closed to all drivers; the eastbound lane will remain open to drivers. 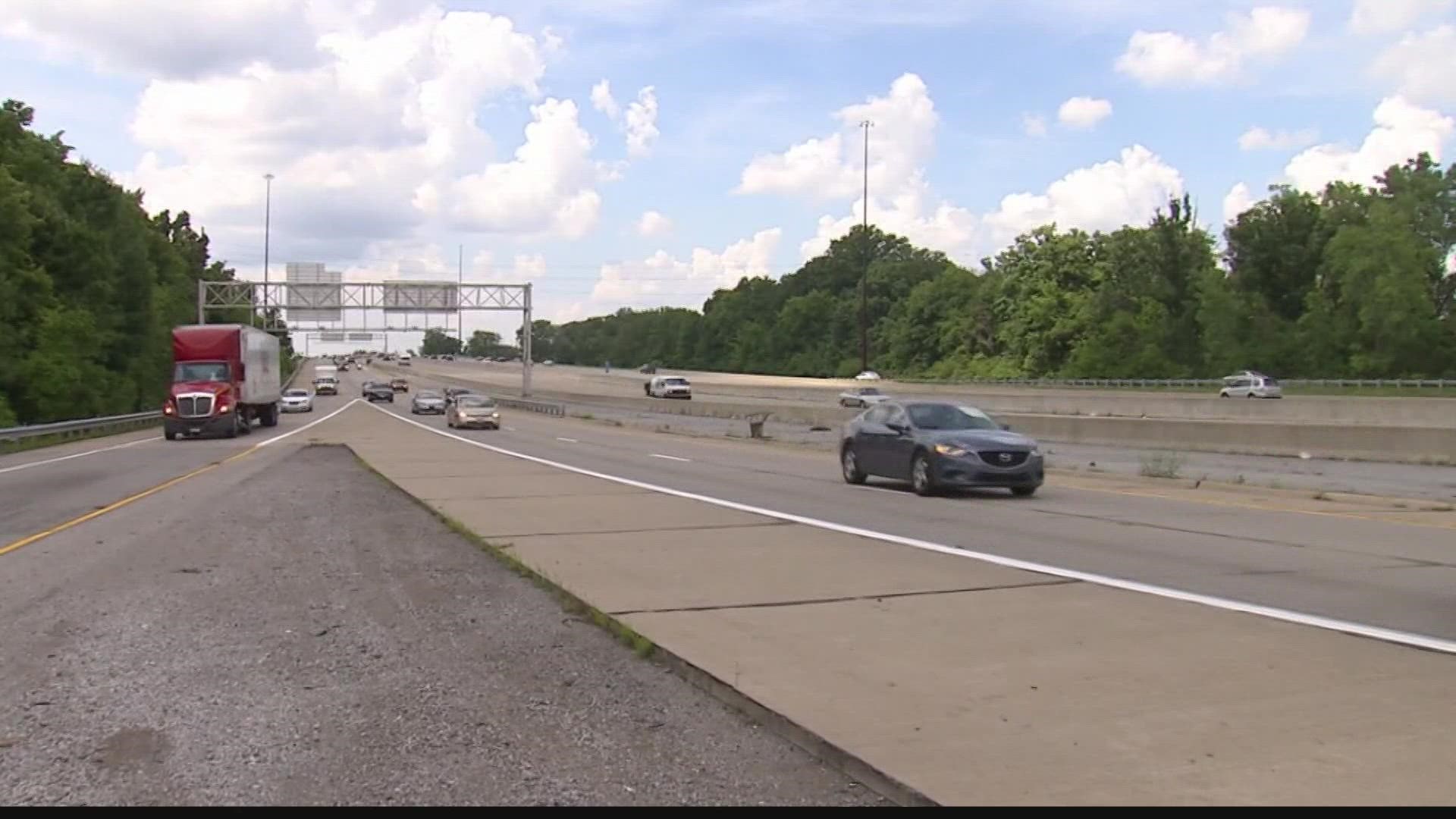