The new generation of satellites can detect lightning strikes in real-time, helping to pinpoint fires before they grow. 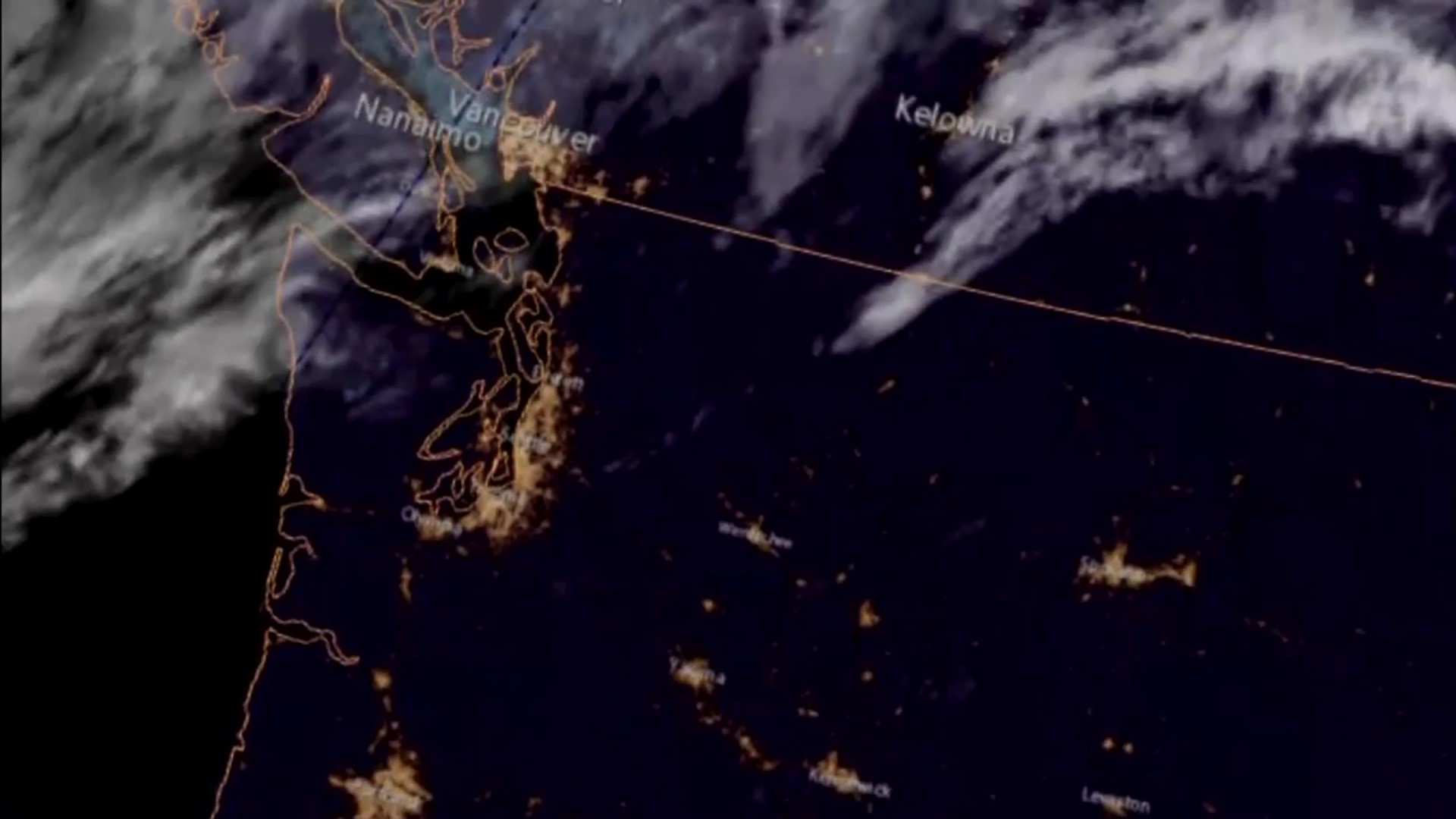 Seventeen Western Washington fire departments are in California helping in another explosive season of wildfire in that state.

Washington State Emergency Management, which helped interface with California, said each team consists of five engines with between three to four firefighters per vehicle.

Keeping a watchful eye over them is the new GOES-West weather satellite.

Launched in 2017, the satellite brings you those high definition images of California’s wildfire smoke you see on the news. But the satellites, built by Lockheed Martin outside of Denver, Colorado for the National Oceanic and Atmospheric Administration do so much more.

“Once those satellites were online, it’s been such a game-changer for us,” said Josh Clark, fire weather meteorologist for the Washington Department of Natural Resources, the state’s largest firefighting agency.

The new generation of satellites can see multiple layers of infrared — a range of light outside of human vision, that can help meteorologists and fire experts better understand the flames, hot spots and smoke below them, in part by being able to see temperatures.

For the first time, the new generation of GOES satellites can detect lightning strikes in real-time, helping to pinpoint fire starts — hopefully before they grow large.

“We can see fires in essence in real-time,” says Clark. "We can see them propagate, there are layers we can put on various channels on the satellites detection so see hot spots, see fire hot spots as they occur and as they evolve.“

Once launched, it can take over a year for each satellite to be tested in flight and prove that what it’s seeing is correct.

But Clark says he expects more abilities will go online in the months ahead.

“It’s a powerhouse. It’s the total package for a meteorologist,” Clark said.