In recent years, cell phone manufacturers have settled numerous class action lawsuits that offer consumers an opportunity to cash in – at least a little. 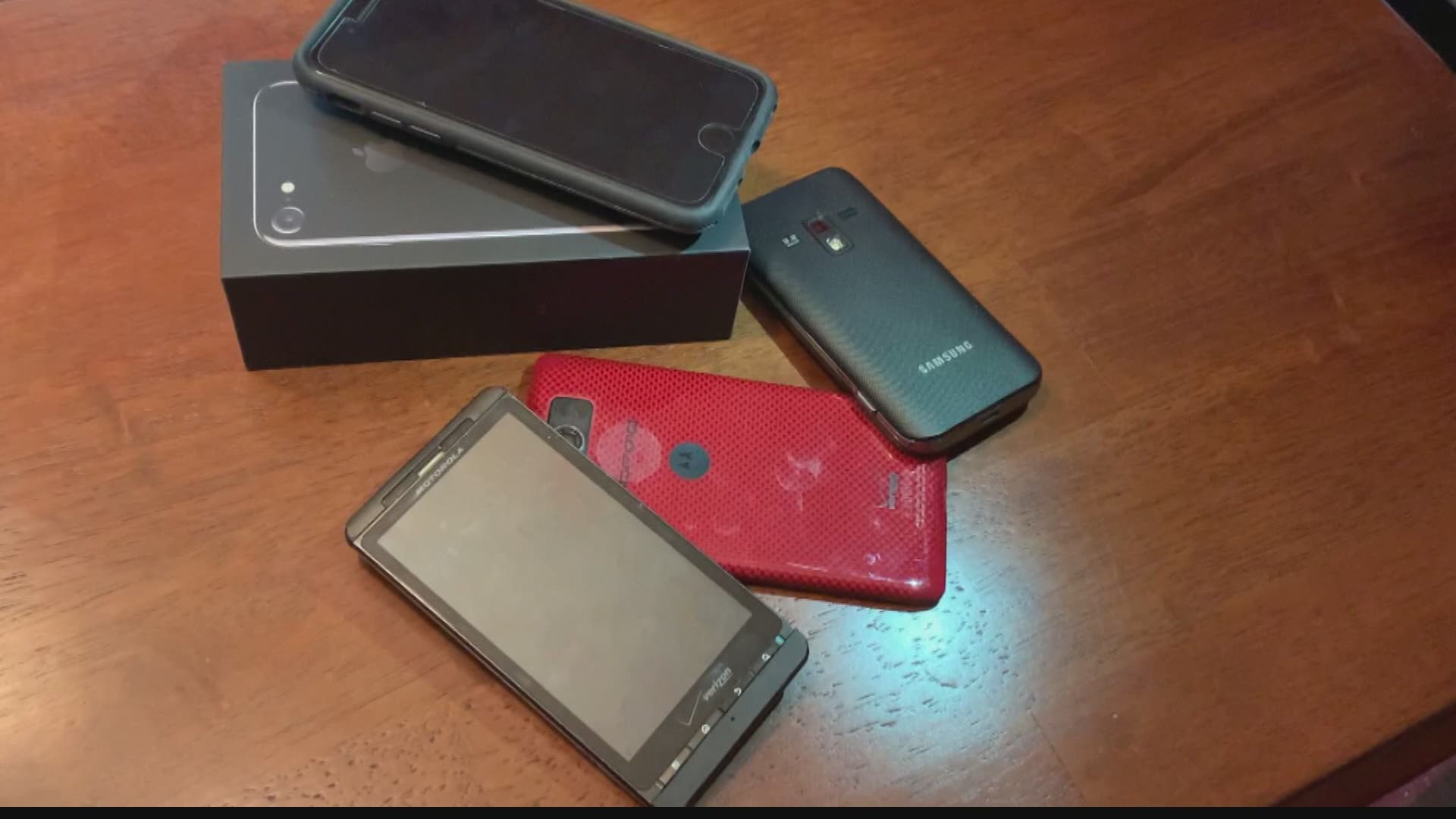 INDIANAPOLIS — Most Americans replace their cell phone every two to three years, but you might want to think twice before you get rid of it.

In recent years, cell phone manufacturers have settled numerous class action lawsuits that offer consumers an opportunity to cash in – at least a little. The most recent settlement offer involves Apple, which agreed to pay up to $500 million for slowing older-model iPhones without notifying customers. Affected iPhone consumers can file to receive $25 per phone, but they must have each phone’s serial number to file a claim.

The same terms applied to other settlements involving phones produced by Motorola, Samsung and Google. Without a serial number, taking advantage of these types of settlement offers is much more difficult – sometimes impossible.

For that reason, consider holding onto your old cell phone for a few years. The serial number can be found inside the phone – either under the removable battery or by turning on the phone and searching in the phone’s settings. If you prefer to recycle your phone or take advantage of a trade-in offer, either keep the old box (it usually has the phone’s serial number on the bottom or side) or write down the serial number and put aside in a safe place you’ll remember later.

RELATED: Apple may owe you $25 for slowing down your older iPhone

RELATED: Apple to pay up to $500M over battery-related phone slowdown

There is another important reason to hold onto the box – especially for your current phone. If your phone is lost or stolen and you hope to get it back, the most important thing to do in that situation is to quickly contact police to file a report that includes your phone’s serial number. That allows police to enter the information into state and national databases of stolen and missing phones, so if your phone shows up somewhere, it can be returned to you. The databases are especially helpful for tracking stolen phones that are turned into pawn shops.

“Having that serial number for your device is incredibly helpful for law enforcement, and the sooner you can provide that number, the sooner we can begin to investigative,” Brian Nugent, deputy chief of investigations at the Avon Police Department, told 13News last year while speaking about pawned cell phones. “If we have a four- or five-day delay, that can lessen the opportunity we’re going to have to recover your property.”

So don’t be in a rush to get rid of that box for your cell phone and, at the very least, write down the serial number and put it in a safe place. Chances are, you might be able to use it long after you’ve stopped using the phone.

To learn more about the Apple iPhone settlement and how to file a claim, go the settlement website.