A small southwest Indiana high school is celebrating its first high school baseball sectional championship and the road to get there was harder than most people could bear. 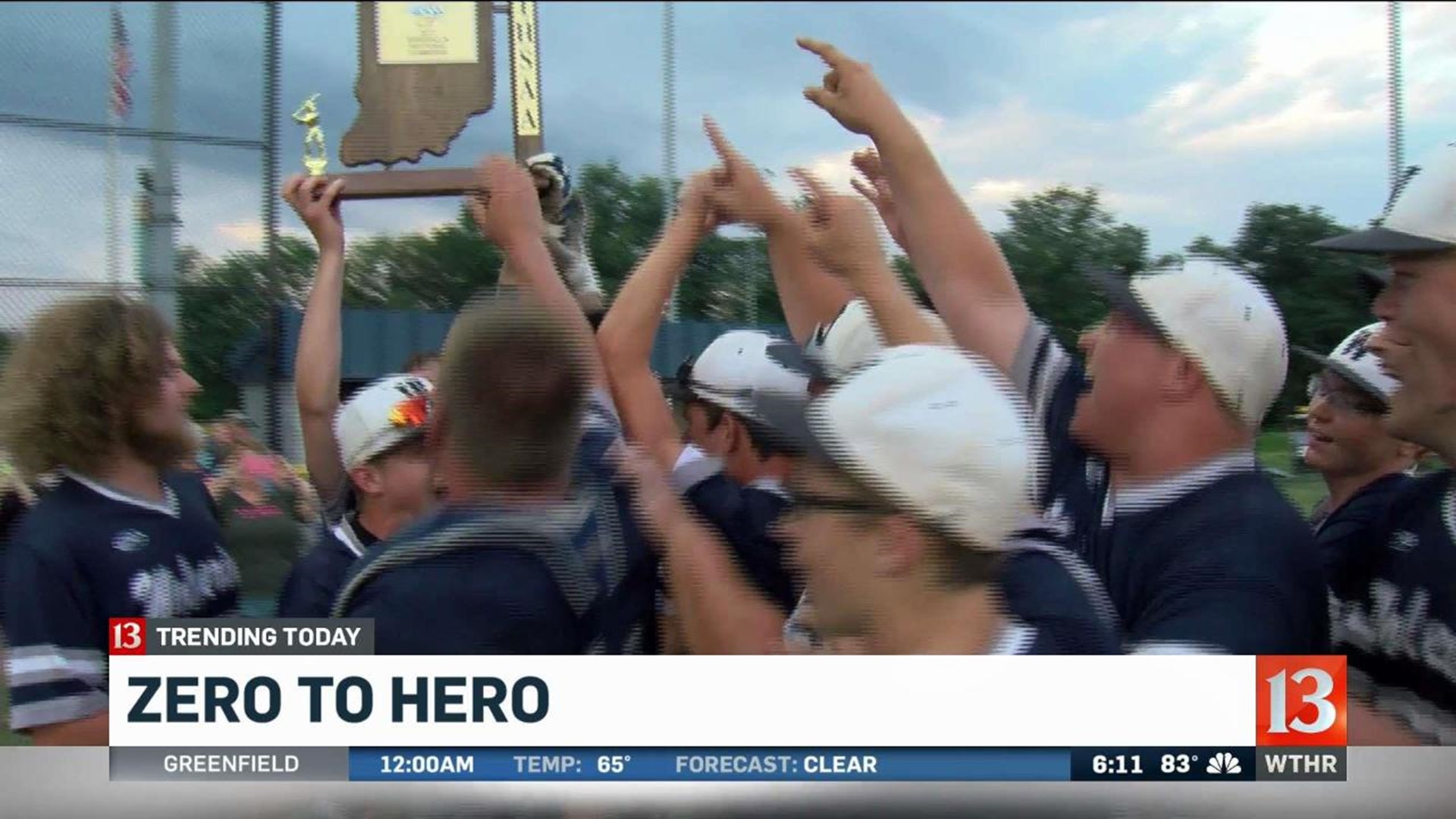 SWITZ CITY, Ind. (WTHR) - A small southwest Indiana high school is celebrating its first high school baseball sectional championship and the road to get there was harder than most people could bear.

White River Valley won two straight games on Memorial Day to claim the sectional. The wins were the team's first of the season!

"We struggled mightily to find the zone. Basically all season, we used the entire season to try and find the zone. There was games where we would walk seven...we averaged eight walks a game," said coach Chris Cornelius.

The Wolverines lost two games by more than 20 runs, but in those losses came a lesson.

"Not every day is going to be a great day in life and you've gotta learn how to persevere through adversity," Cornelius said.

So going into the state tournament, with a star pitcher back from injuries, White River Valley had a new beginning.

"To fight through an 0-18 season, to be beat as bad as we were beaten at times, there were times when I didn't know if we were going the right direction and I know those 18 boys...there were times they were thinking about throwing in the towel," Cornelius said. "Nobody threw in the towel and we knew what our mission was."

In the true spirit of sport legends, it came down to the bottom of the last inning, with the Wolverines holding on to a 5-4 lead over North Central High School of Farmersburg.

"Ends up loading the bases and I can't hardly look. I just see it crashing before my eyes," Cornelius recalled.

But then White River Valley's shortstop snags a line drive and turns it into a double play, sealing the historic win.

"The next morning when I left for work, I called my wife and asked her if that was a dream or if it was for real," Cornelius said.

It was for real and the Wolverines will now put their winning streak on the line Saturday against Rising Sun, a team that has won nine times as many games as White River Valley this season.

But as Coach Cornelius says, his team has proven records mean nothing.