Veach prepares in the training room for his second IndyCar season

At only 5 feet 4 inches tall, Veach is now up to 135 pounds, thanks to a combination of fitness and food. 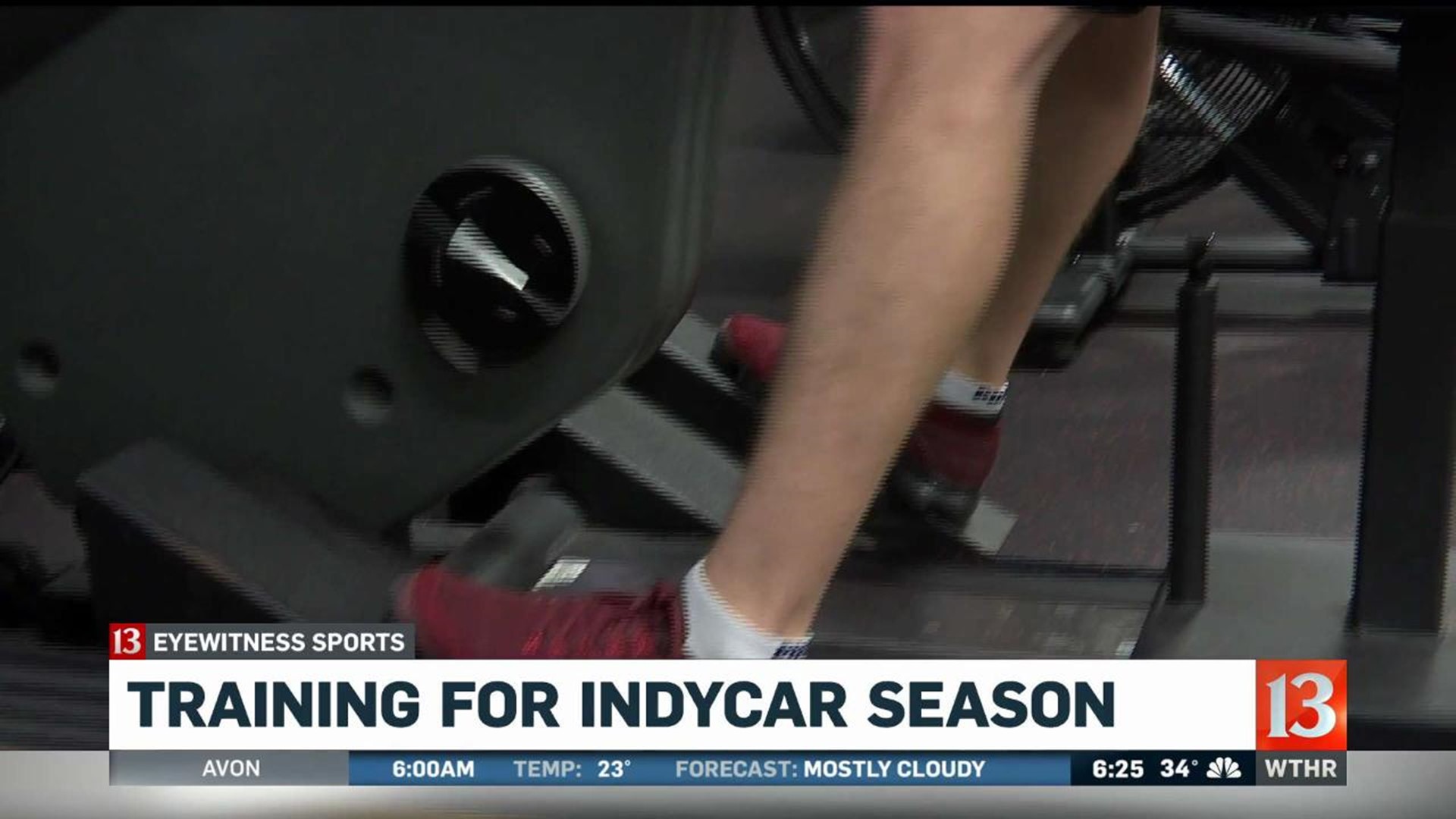 INDIANAPOLIS (WTHR) — On race day, IndyCar drivers spend a few hours sitting behind the wheel. It's the several hours they put in outside the car that make the difference.

"For us, it's six days a week," said driver Zach Veach. "So I come in Monday through Saturday, and Sundays are rest days.

Pit Fit Training is where it all goes down and Veach has been spending a lot of time in the training room, gearing up for his second year.

"The physicality, just driving the IndyCar week in and week out was tough. I knew what I'm getting myself into for year two, so we wanted to push as hard as we possibly could just to keep building size.

Size is something that has never been on Veach's side. He's 5 feet 4 inches tall, making him one of the shortest drivers on the track.

"I do my first Indy 500 and I only weigh — like 118 — and when I started knowing that this full season was going to come for IndyCar, I started really worrying. I'd think, '118?' Part of it was I had to gain 20 pounds over the winter to have the strength to drive IndyCar, and I had to gain 20 pounds for my engineer so they could actually fit enough weight in my car make it legal," he said.

Now he's up to 135 pounds. That's thanks to a combination of fitness and food.

"It's anywhere between 4,000 to 5,500 calories a day. Some people say it sounds like a dream, but the problem is you get tired of eating," said Veach.

With the season just weeks away, not only is Veach bigger, his goals are, too.

Of course, sitting in Victory Circle on May 26 would be icing on the cake.