Three sisters, one team | IUPUI softball 'a lot of fun' for Speth siblings

It's the first time the Speths have played together on the same team. 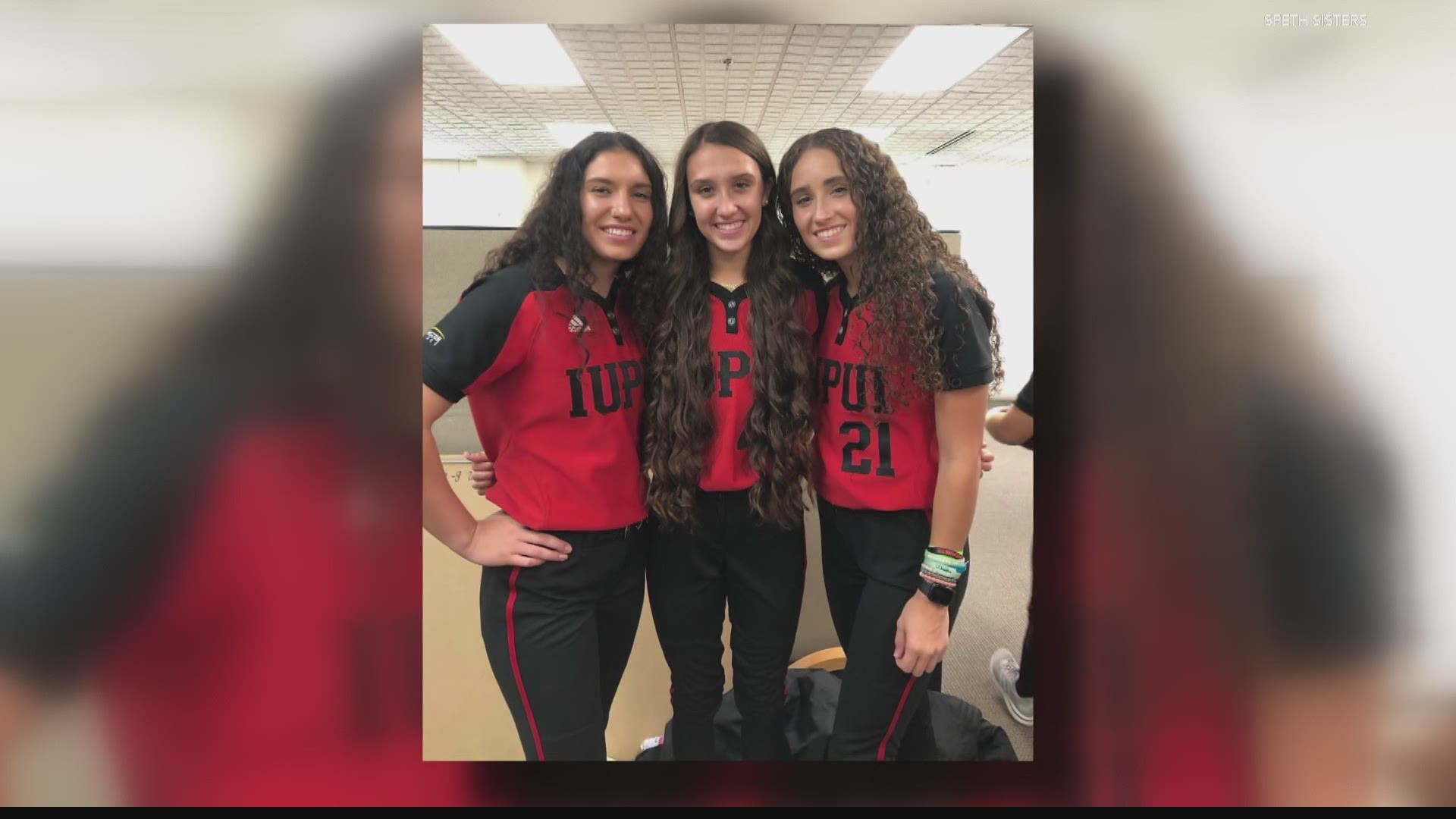 INDIANAPOLIS — When you play sports, your team often becomes family.

But when it comes to the IUPUI softball team, the term "family" is quite literal for a trio of players.

The Speth sisters are playing together on the same team for the first time in their lives.

Click on the media player to see Taylor Tannebaum’s story about three sisters making memories together.

It was PERFECTION for Jennah Speth and @IUPUISoftball against Cleveland State this afternoon.

Speth is the first Jag in 20 years to throw a perfect game and IUPUI earned the double header sweep.